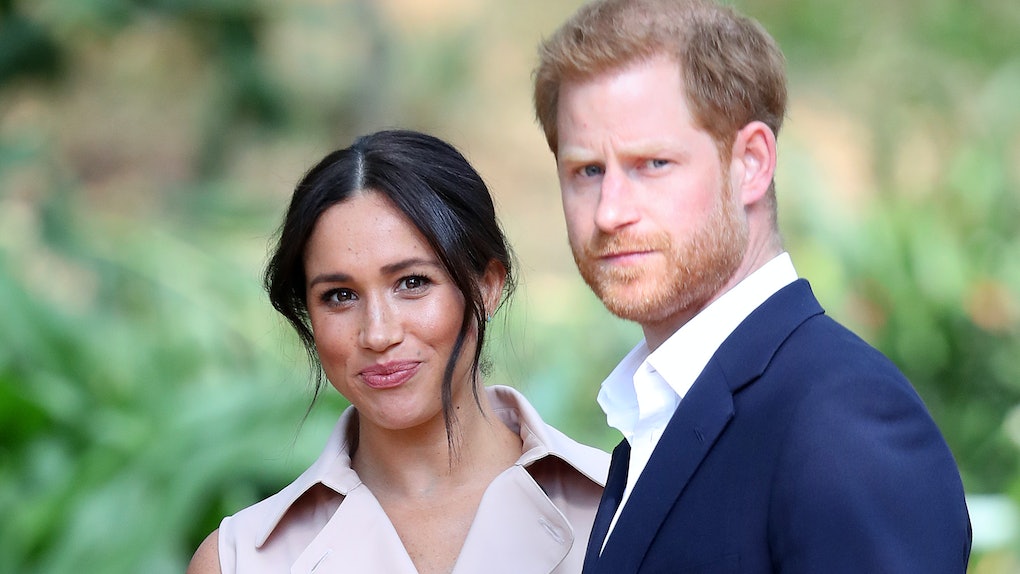 Will Meghan & Harry's 2nd Baby Be A Boy Or A Girl? Fans Think Her New Ring Gives A Hint

Meghan Markle and Prince Harry broke the internet on Feb. 14 by announcing they're expecting again. The news came two years after the couple welcomed their first child, Archie, in May 2019. Since they already had a boy, fans are wondering what sex the baby will be this time. The pair has yet to reveal if they know the sex of their child, but fans think they know if Meghan and Harry's second baby will be a boy or a girl based on the color of the Duchess' new ring.

The couple's Valentine's Day announcement was special because Harry's mother, Princess Diana, also told the world she was expecting her second child the same way. Technically, the Palace shared the news on Feb. 13, but it wasn't all over newspapers until the next day. Considering the royal family has honored Princess Diana several times throughout the years, Meghan and Harry's reveal on Valentine's Day didn't seem to be a coincidence. "We can confirm that Archie is going to be a big brother. The Duke and Duchess of Sussex are overjoyed to be expecting their second child," a spokesperson for the couple said in a statement on Feb. 14.

They didn't disclose if they knew the sex of the baby yet, but fans think Meghan is giving everyone a hint with her latest jewelry. On Monday, Feb. 22, she and Harry appeared on Spotify’s Stream On event, marking their first public appearance since announcing their pregnancy and their departure from being senior royals. Fans noticed she was wearing a pink sapphire ring, which they think means she's having a girl.

According to People, the piece is by the Canadian jewlery brand Ecksand. Meghan lived in Toronto for years while filming Suits, so she enjoys supporting Canadian brands whenever she can. While the pink color could be a sign she's having a girl, it could also mean nothing. It's possible Meghan just liked the ring and wanted to support a Canadian business, especially since this wasn't the first time she wore that specific piece of jewelry. She wore it at the 2019 Endeavour Awards while she was pregnant with Archie, which means the color may not have to do with the sex of her second child at all.

The baby is reportedly due at the end of spring, so it won't be long before fans find out if their theory is right!