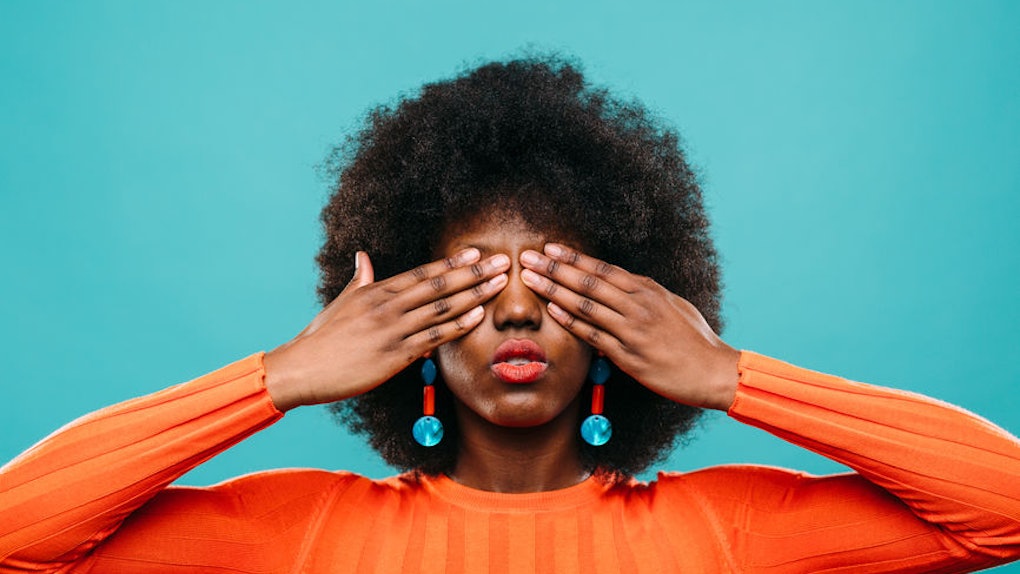 Why You Freak Out When Your First Friend Gets Engaged, According To A Psychologist

You’d like to think that the first time that someone in your squad announces they’re getting hitched, you’d be over the moon for them. And after you have some time to allow the news to settle in, you likely will be. But at first, you may find yourself plastering a fake smile on your face, and full-blown panicking on the inside. There are lots of potential reasons why you freak out when your first friend gets engaged. But according to board-certified psychiatrist Dr. Susan Edelman, these complicated feelings are totally normal.

In fact, while I'm not proud to confess this, I’ve had that very same inner tantrum. I had just graduated from college when my former roomie called me to break the news that she was engaged, and to ask if I would be a bridesmaid. I think my initial silence spoke volumes about my mixed feelings. After a few moments, I managed to sputter out a “Congratulations!” But on the inside, there was a confusing swirl of emotions. She was only 21 years old, after all, and while her boyfriend had moved to the same city a few months back, the majority of their relationship had been long-distance. Admittedly, I was judging hard. As a risk-averse individual who carefully plans out my every move, I immediately regarded her engagement as a reckless move (although I would never let her know that). By the time my next friend got engaged, I was fully able to be genuinely happy and excited for her. Granted, the circumstances were different — she and her fiancé had been dating for several years and had already weathered a number of challenges that demonstrated the strength of their bond. Nothing about their decision to get married seemed rash to me. But not only that — I had also gotten that inevitable first freakout over with years prior.

The first time you find out one of your friends is getting married, one of the primary feelings that may come up is fear.

“You might feel like you’re losing a friend,” explains Dr. Edelman. “It can trigger feelings of abandonment.”

After all, it’s pretty undeniable that marriage is a life-changing move. So it makes sense why you would immediately ponder how this is going to affect your friendship. Will you see them less often after they tie the knot? Will they still be available for your weekly Winesday Wednesday? Or are they going to disappear, only to pop up on your Instagram feed with smug #couplegoals posts? The fear totally makes sense — especially since this is your first friend to get hitched, and so you don’t know what to expect.

Additionally, Dr. Edelman notes that when your first friend gets engaged, that news can potentially stoke some insecurities you have about your current relationship (or lack thereof).

“It might trigger feelings of dissatisfaction about your own love life,” she adds. “You might ask yourself: ‘Will I ever find someone who loves me?’ and ‘Why is it taking so long?’”

It’s only natural to compare your situation to that of your friends. That’s why you may struggle with feelings of inadequacy or self-consciousness the first time that someone in your circle decides to get married. And maybe, just maybe, you’ll grapple with a little bit of jealousy, too. Perhaps you assumed you’d be the first in your circle to walk down the aisle. Or, alternatively, there's a chance that the jaw-dropping rock on your bestie's finger is envy-worthy on its own.

The important thing to remember, here, is that everyone’s journey is unique, and what’s right for your friend at this point in their lives isn’t necessarily right for you. Once you stop obsessing over what you don’t have, you’ll start to realize everything you do. While your friend may be in a happy long-term relationship, you may have other things they’re lacking — like a super-rewarding career, for example.

While Dr. Edelman emphasizes that it’s normal to have any and all of these feelings come up, there’s a difference between struggling with this news and totally freaking out.

“Freaking out implies it’s really bothering you,” she adds. “If simply reassuring yourself that your life is fine doesn’t work, learning more about problematic dating patterns or talking to a therapist or coach might help you feel like you’re taking your issues seriously and putting your life on the right track.”

Without a doubt, finding out that one of your friends got engaged for the first time can bring some anxiety and insecurity to the surface. In a way, this momentous event signals a new phase in all of your lives: the one where people apparently decide to make lifelong commitments (NBD). It’s important to keep in mind, however, that this is the first of your friends to get hitched, which means you still have plenty of other single friends left to rage with (phew). Not to mention, your friendship doesn’t have to change for the worse just because they’re wearing a ring on the fourth finger of their left hand.

Give yourself some time to sit with these complex emotions, and before long, you’ll no doubt be excitedly helping your friend make decisions about everything from the decor to the dinner menu. Change may not be easy to deal with, but it’s inevitable, especially throughout your 20s and 30s. Besides, who’s to say your friendship won’t benefit from these circumstances? Having a friend who can let you in on some firsthand wisdom about marriage is bound to come in handy.

More like this
Sofia Richie Rumored Boyfriend, Elliot Grainge, Is Reportedly A Family Friend
By Corinne Sullivan
25 Instagram Captions For Your First Post-Vaccine Date
By Corinne Sullivan
9 Icebreakers For Meeting Your Partner's Friends For The First Time
By Rachel Shatto
Stay up to date