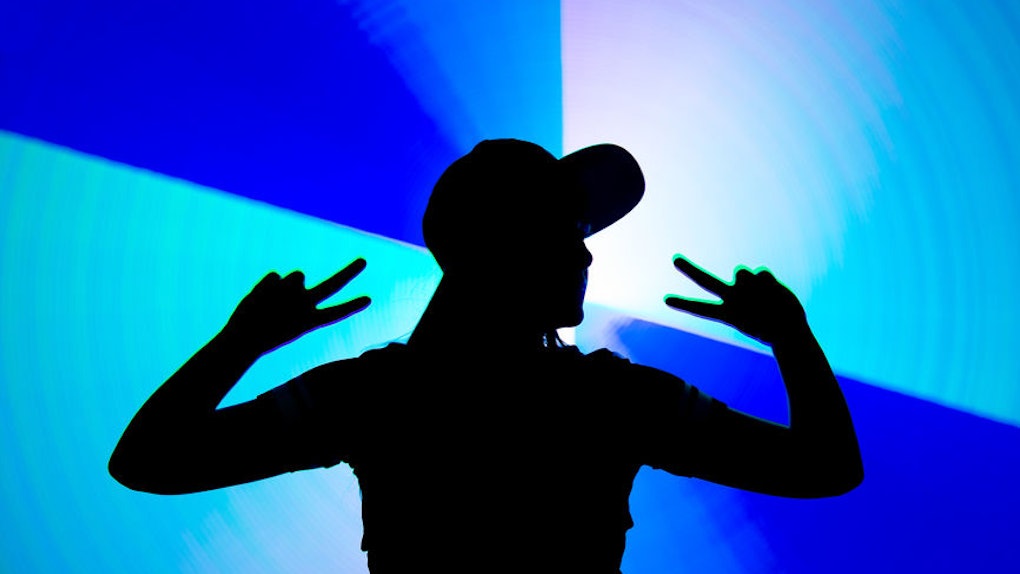 If You're The Only Single Person In Your Friend Group, This Will Be So Relatable

I would argue that Newton's law of universal gravitation applies to friend groups. Remember that cartoon drawing of Newton sitting under an apple tree from middle school science? Newton's law says that every particle attracts every other particle in the universe with a force directly proportional the the product of the objects' masses. Here's my loose interpretation of that science as it applies to friend groups: when one friend attracts a partner, it feels like everyone couples off faster than an apple falling to the ground. And then, suddenly, you're suddenly the only single person in your friend group.

Now that I've butchered the rules governing our planet, let me get personal: "Only single friend" has been on brand for me for most of my life. It feels as though every time my friends all couple off, I'm the lone single-wolf. Alternatively, when my love life is going quite well, it usually feels as though all of my friends are single and having a jolly old time doing lone single-wolf things. This could be a real pattern, or it could be a product of my "woe is me" way of thinking. Either way, it sucks.

Because solidarity is the antidote to suck, here are all of the phases of being the only single friend, from its onset to its eventual reversal. I hope relating to these phases makes you feel a tiny bit better.

1. You're looking for plans on a Friday, when you realize you have none.

I don't know about you, but for me, I usually first notice my status an outlier in a heavily coupled-up friend group when Friday night rolls around and I'm dying for a margarita but have no one to get one with. Sad! It's usually just a coincidence that two friends happen to be out of town with their partners while the other three have the one date night they go on with their partner a month, but sitting at home alone watching Netflix can throw you for a loop. Cue the swiping...

2. You start going on more dates, and they all suck.

In an effort to "catch up" to your coupled up friends, you might go on start furiously swiping through every dating app in existence. You might enter a whole new phase of going on a date a week, or you might even call up an ex. Inevitably, you put too much pressure on most of the dates, and you're left feeling even more lonesome than before.

3. You decide to third-wheel your friends for the first time.

When you finally realize that first weekend when you had no one to hang out with was a fluke, and that yes, your friends are still going to invite you to things, you'll agree to be a third wheel. (As you should!) Maybe your friend and her boyfriend invite you to day drink with them at a cool rooftop. You're not the most excited about being a third wheel, but you definitely want to see your friend. You go, they make you feel entirely included, and guess what? You even like hanging out with your friend's boyfriend! He makes you feel included! He points out a cute dude you should talk to! He and your friend don't get mushy or weird! Everything is OK!

4. Then, the first event you have to go stag to happens.

You were riding your high and getting to love your situation as the resident single girl of the group, until a very date-requisite event comes up. Huge bummer. Whether it's a wedding or a weekend trip, if you're the only one who has no one to share a hotel room with, things can feel lonely again. You have a bit of an existential crisis, but don't despair! Once you actually get to the event, again, you realize that everything is fine and everyone makes an effort to include you, because they get it. We've all been the single one once, and if you have good friends, they'll make sure you don't feel less than.

5. You start feeling empowered by your independence.

Now you're in the phase of loving that independence — you can move to a new city, go to a random concert, and hook up with whoever you want without consulting your other half! You're confident. So confident that you're not even looking for a relationship anymore. You watch a friend fight or breakup with their partner, and you're present for them in their sadness, but secretly happy to not have to deal with relationship drama yourself. Life is amazing.

6. Inevitably, you meet someone again.

All of this "I love being single" energy and newfound confidence is bound to attract equally confident and secure people. Hey! The law of gravity? Attraction? Either way, isn't this what always happens? Someone great will happen right into your life, and then you get to decide if you want a relationship. Yes? Great, and congratulations! No? Equally great, and equal congratulations? Being single is equal to being in a relationship, no better or worse.