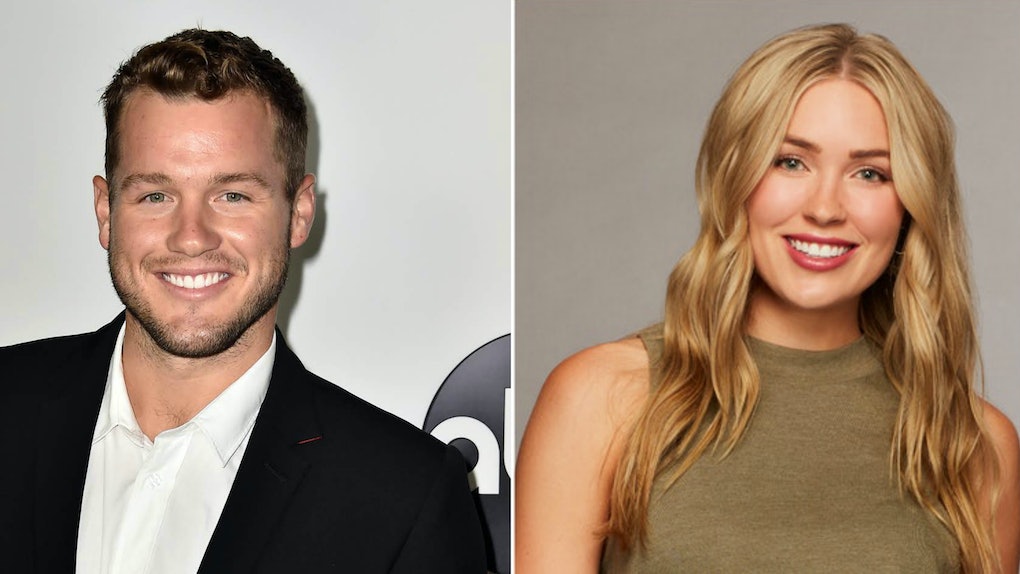 Why Does Colton Underwood Go After Cassie Randolph? This Romantic Gesture Is Actually Toxic

When Colton Underwood impulsively decided to jump a fence after Cassie Randolph broke his heart and eliminated herself on last week's episode of The Bachelor, much of Bachelor Nation and members of the media interpreted his actions as a symbol of passion from a determined man in love, willing to do anything to win back the object of his affection. And that’s precisely what Underwood aims to do, which begs an important question: Why does Colton Underwood go after Cassie Randolph? Previews of the second part of The Bachelor finale reveal him knocking on Randolph’s door before her flight, after breaking up with the other two remaining contestants. But can this really be considered a romantic gesture when Randolph has clearly and definitively rejected that romance already? When men fight for women who don't want their love, isn’t that kind of persistence actually toxic behavior?

We’ve seen it time and time again in today's pop culture. Case in point: Several months ago, Offset posted an Instagram video begging Cardi B to forgive him and take him back. In the emotional monologue, which he uploaded about a week after Cardi B announced their split, he apologized for “entertaining” the idea of cheating on her with a model. That wasn’t his only grand gesture, either — he then proceeded to crash her performance at the Rolling Loud Festival mid-December. Apparently, he thought storming the stage with a bouquet of flowers and a cake reading, "TAKE ME BACK CARDI” was a solid way to regain her trust and affection (insert eyeroll emoji). Cardi B reportedly looked uncomfortable. Fans felt awkward AF, and even lashed out at him on social media. But after they exchanged private words, Cardi returned to the stage and resumed her stellar performance. Still, fans were quick to point out that Offset’s behavior could be considered toxic, as well as straight-up harassment.

Then, of course, there were Scott Disick and Kourtney Kardashian, who have had the epitome of an on-again, off-again relationship. The duo has split and reconciled many times since they began dating in 2006, often due to Disick’s alleged philandering and reported ongoing struggle with alcohol and drug abuse. In a 2010 episode of Kourtney and Khloe Take Miami, Kardashian told Disick, “I can’t do this anymore,” and threatened to keep their son Mason away from him if he didn’t work on his drinking problem. Then, in the first season of Kim And Kourtney Take New York in 2011, Disick proposed to Kardashian, and she turned him down, saying she’s not ready. Flash forward to July of 2015: The couple broke up again after photos surface revealing Disick indulging in his party boy ways on a yacht with a slew of women — including his ex, Chloe Bartoli. By that point, Kardashian was reportedly fed up. “It has gotten old," a source told E! News at the time. "Kourtney has to do what's best for the kids." Yet in November 2016, an anonymous friend of Disick’s told Us Weekly that he was “on a mission" to win back Kardashian for good. The only problem? Kardashian clearly had no desire to be "won" back.

Indeed, these men just can’t seem to take a hint — and Underwood is no exception. After Randolph made her exit, Underwood swiftly broke it off with the two remaining women — both of whom, it’s important to note, have stated they've fallen for Underwood and are ready to get engaged — in order to pursue Randolph. But before leaving the show, Randolph clearly stated that she was dropping out of the competition to protect him, as his feelings were stronger than hers, and she wasn’t ready to get engaged to him. His attempts to convince Randolph to stay by reassuring her that they could continue dating without getting engaged after the show was over didn’t work — apparently, a conversation during a surprise visit from her father solidified the doubts she already had about their relationship. None of this was enough to deter Underwood, who can’t seem to accept her decision.

On the first part of the show’s conclusion, which aired Monday, March 11, Chris Harrison boldly asked Underwood what so many of us have been thinking: “What if she’s just not that into you?” It’s a valid question. In the 2009 rom-com He’s Just Not That Into You, Justin Long coaches an eager Ginnifer Goodwin on how to accept that when a guy isn’t calling, texting, and making plans, that it’s time to move on. Indeed, if Goodwin had chased after the guy, her character would have likely been treated as a downright "desperate psycho" (Don’t even get me started on the #patriarchy). But Underwood isn’t willing to accept Randolph’s disinterest, and is being validated as a romantic.

According to Dr. Joshua Klapow, a clinical psychologist and host of The Kurre and Klapow Show, it’s common for some men to behave this way when they get caught up in a combination of their own feelings of hurt, loss and internal anger. Adding fuel to the fire is the fact that there’s a longstanding societal norm which dictates that men fight for the love of their lives — and live happily ever after as a result.

“It is a fascinating and toxic recipe,” Dr. Klapow tells Elite Daily. “And it is the combination that creates the persistence. Very often, men who are hurt or rejected don’t know how to manage these feelings in a socially appropriate manner. Instead of holding the feelings and transitioning through them, they act on the more immediate desire to be rid of the feelings. This no longer becomes about the relationship — it quickly becomes about the men self-soothing by regaining their objects of desire.”

That's not to say their feelings aren't real, however. Dr. Klapow (who has not interviewed Underwood, and is commenting simply from is his own speculations and expertise), says that these men often genuinely love these women who turn them down. However, they fail to listen and instead, insist on fighting for them due to an inability to cope with the intense shame that they’re feeling. It's important to note that there's a difference between being in love with someone, and loving someone, but failing to respect their wishes. In other words, Underwood may very well feel true love for Randolph — but his actions show a disregard for her feelings, while serving his own.

Dr. Klapow points out that when you love someone, it’s natural to have an internal desire to still try and make it work when they want to break things off. But for those men who fight harder and harder despite strong signals of rejection, it’s a different story. In those cases, the man is outright disrespecting the woman's wishes. He's showing that he cares more about his own wants than he does about hers. Not to mention, the whole concept of "winning" back a woman indicates that she is a prize, which thereby suggests that he objectifies her.

Ultimately, it seems Underwood (and other men following this approach) may benefit from heeding the old adage, “if you love something, set it free.” That doesn’t mean completely giving up hope or letting her go without any effort whatsoever. According to Dr. Klapow, the best — and only — thing to do is to make their feelings and desires known.

“They have to realize that these are the only factors under their control,” he adds. “Letting her know in a very honest way how you feel and why you want to be with her, and then asking her what can you do (if anything) now or down the line to make that happen, is the only thing to do. At this point, the biggest challenge men face is accepting that anger, frustration, and sadness will be present — and pushing harder on the woman to get rid of these feelings will only push her farther away.”

That’s not to say we shouldn’t fight for love — but there’s a right way to do it. Physically chasing after someone who has made it clear that they aren’t interested in pursuing a relationship at the moment is only likely to create irritation, resentment, and even fear, according to Dr. Klapow — which qualifies it as toxic behavior. In other words, while it may be tempting in the short run to chase after someone who has rejected you, it typically sabotages any chance of reconciliation in the long run.

“Fight in your words, and then respect her as an individual to make her own decision,” says Dr. Klapow. “In the end, that is your only chance of getting her back. Living with uncertainty, communicating honestly, and asking for a chance to demonstrate your love — that is what real men do.”

To be clear, rejection is not always final — there are couples who end up reuniting after one walks away. Furthermore, there is something to be said for doing whatever it takes to be with someone you love. But the point is, there are two people involved in every relationship. And both people have to be invested, as well as willing to communicate with, listen to and respect each other, in order for there to be a chance at happiness. When a man fails to listen or honor someone’s wishes to end a relationship, what they are indicating is that they value and respect their own needs far more than the needs of the woman they’re pursuing.

It’s time to ask ourselves: What does a real romantic gesture look like? Interrupting someone’s performance, or uploading a public Instagram video, or banging on their door to convince them to stay — that's not the stuff of fairytales. But earnestly listening to someone’s needs and wants while openly and honestly sharing your own, and practicing mutual respect? Now that’s romantic.