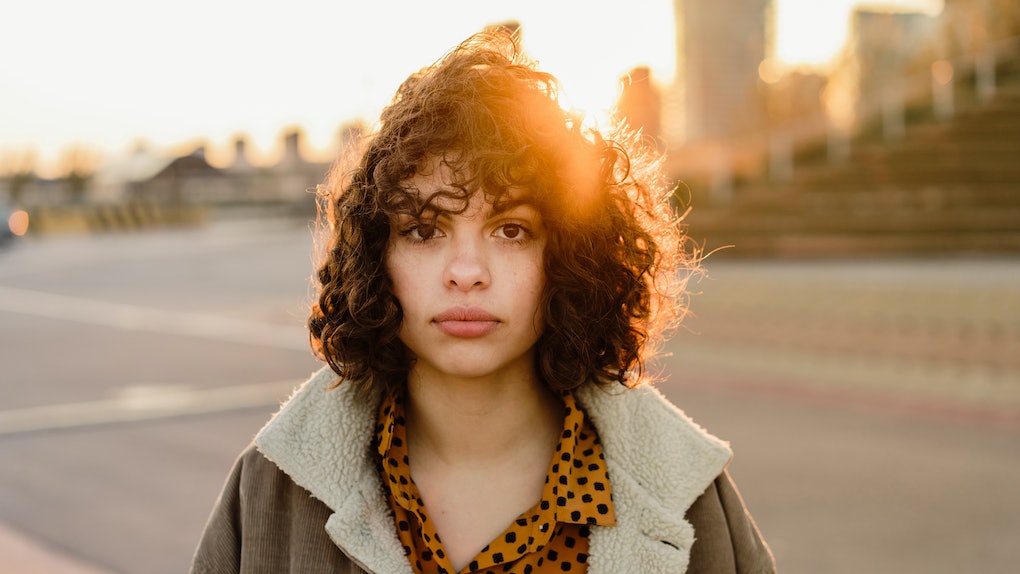 Why Asking Someone Out Can Be So Scary, According To A Psychologist

The flirting has been going on for weeks. You talk all the time. And yet, despite intimate shoulder touches and extended eye-contact, neither you nor your crush have managed to propose plans to grab a bite together. The connection is totally there, you both seem interested, but for some reason, asking them to hang feels super intimidating. If you've ever wondered why asking someone out can be so scary, you're totally not alone. From fear of rejection to general nervousness, asking someone out can feel completely nerve-racking for everyone.

"We often do everything we can to avoid the possibility of rejection and so many people do not routinely ask others out," Dr. Joshua Klapow, Ph.D. Clinical Psychologist and Host of 'The Kurre and Klapow Show,' tells Elite Daily. "The problem is that because we fear we might be rejected we don’t ask people out frequently." According to Dr. Klapow, the looming fear of rejection can make asking someone out seem super scary. Due to this fear, people may be less likely to ask their crush out, ultimately making rejection seem like a bigger deal that it actually is. "We just don’t engage enough in the risk-reward or risk-rejection-rebound process," Dr. Klapow says. "The more you are comfortable with asking someone out and either being accepted or rejected, the less anxiety the act of asking him or her out will have."

If you've never asked someone out, it may take all of your courage to drop, "We should get burgers later." And if you're met with, "I'm actually busy tonight and also married all the time," (perhaps the rejection of my nightmares), you may feel compelled to never ask anyone out ever again. Contrary to what you may feel, Dr. Klapow says that the more you face this fear, the less scary asking someone out will become.

"It’s easy to want to give up, back off, and ‘never date again,’" Dr. Klapow says. "The problem there is that you create a fear response that only makes it harder to get back into dating. Know that you may be rejected, you may not. Just go for it." If your feeling a little nervous about asking someone out or you're imagining them rejecting you over and over again in your head, it may feel impossible to just "go for it." Yet, as Dr. Klapow says, the scariest part of asking someone out may be the "fear response" of imaging the worst. "Don’t attribute all possible rejection to yourself," Dr. Klapow says. "Remind yourself that rejection happens frequently; it often isn't about you alone. It’s about the other person’s issues, their preferences, their challenges, their hang-ups."

According to Dr. Klapow, it can be easy to lump all rejection together or to get totally in your own head before asking someone out. Memories of not making the pee-wee soccer team or your crush taking your sister to prom can come back with an adult vengeance, and make asking someone to coffee seem like an American Ninja Warrior course. Rather than thinking of asking someone out as a huge deal, with the potential to be Gretchen-Wieners-having-diarrhea-at-Barnes-&-Noble humiliating — Dr. Klapow suggests cutting yourself some serious slack and embracing all the possibilities the world has to offer.

Your crush could be desperately waiting for you to make the first move, they could be interesting in going on a date but not looking for a relationship, or they could be happier staying friends. "You can learn about yourself no matter what," Dr. Klapow says. "If you are brave and dare greatly you might just meet the person of your dreams. But if you avoid the possibility of rejection you will never know."

Of course, when it comes to asking someone out, remember that whatever the outcome is, you are going to be OK. Someone not wanting to go on a date with you isn't a rejection of you as a human being — it's just a sign that you're looking for different things. If you've been vibing with a cutie for a while, consider seeing if they'd want to go for a coffee or on a walk. Although movies and TV may hype up the "drama" of asking someone out, the experience can be as chill as you make it. And if you're not feeling super comfortable taking the initiative just yet, that's totally OK too. Your self-worth isn't contingent on your romantic status, and it sure as heck isn't influenced by the people who can't see how amazing you are.

Like finishing a project at school or getting back into a workout routine, asking someone out can feel like a huge undertaking. But similar to homework or personal wellness, the more you put it off, the more intimidating it can seem. Remembering that rejection is something that everyone goes through can help nix any budding nerves before you psych yourself out of making a move. You are a superstar that anyone would be lucky to hangout with, and there's no question about that at all.

More like this
5 Signs You're Burned Out From Dating & Could Use A Break
By Danielle Sinay
Here's Why Someone Cheats On Their Partner, Based On Their Zodiac Sign
By Danielle Sinay
The Ugly Truth: If You Cheat On Someone, You Do Not Love That Person
By Gigi Engle
Stay up to date