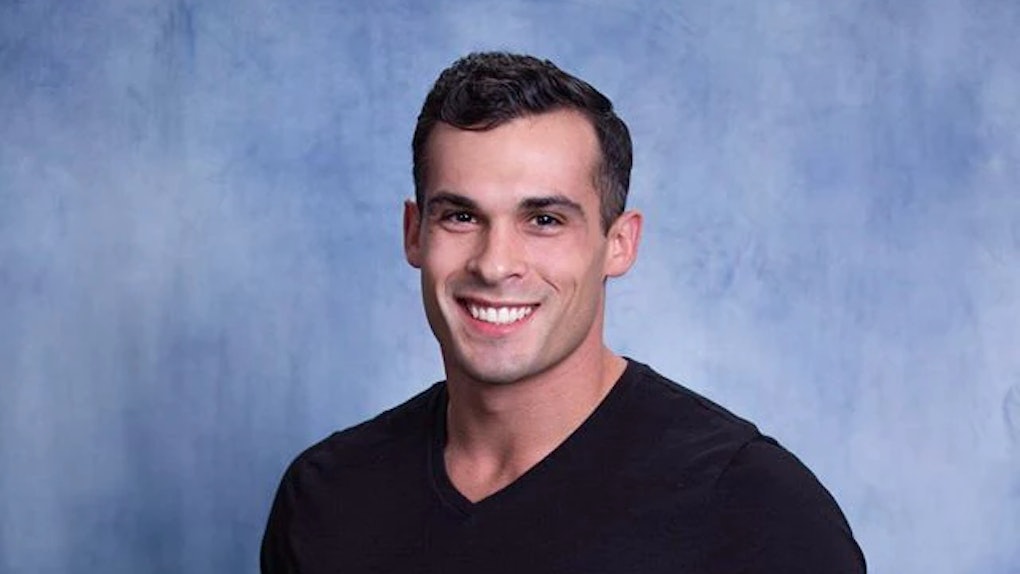 Who Is Yosef Aborady On 'The Bachelorette'? He's Already Making Waves

Ah, drama. A Bachelorette season wouldn't be the same without it. While most seasons typically get especially juicy in the final episodes, the first trailer for the upcoming season sure makes it seem like things are going to get tense quicker than ever. In a trailer for the season released Sept. 14, it appears Clare Crawley stands up to Yosef Aborady, a Bachelorette contestant who apparently stirs up some sort of problem right off the bat.

Clare reportedly only filmed The Bachelorette for about 12 days before apparently leaving to be with contestant Dale Moss — and reportedly handing the lead spot to Tayshia Adams to finish off the season. But that's not to say her short time on the show isn't going to be action-packed. That action seems to be heavily associated with contestant Yosef, a 30-year-old from Mobile, Alabama.

Bachelor Nation host and producer Chris Harrison backs this theory up. When asked who fans should look out for on Night 1 of Clare's season, Harrison tells Elite Daily it's Yosef. "He's a lawyer and definitely not afraid to speak his mind — to the guys, to Claire," Harrison says while promoting his partnership with Kelley Blue Book's newly released Auto Repair Guide. "He's a father and his daughter is very near and dear to his heart, obviously, and takes that very seriously. But he also just had this, I guess, litigation side to him, where he's not afraid to debate, not afraid to get into a heated discussion. So Yosef is definitely one to watch from Night 1."

This jibes with the Bachelorette Season 16 trailer — which dropped during ABC's Dancing with the Stars Season 29 premiere, then via Instagram — in which Clare is seen addressing the chaos around her. "Drama this soon is a little bit crazy," she says to camera, before the video cuts to teaser clips of the season. After a few pleasant clips of contestant entrances and Clare telling a mystery man (likely Dale) she's falling in love with him, Yosef appears on screen. "I'm not done yet," he says, to which Clare responds intensely: "You are done." She then walks off in away from the situation dramatically.

As is typical for Bachelorette teasers, the drama isn't explained fully, so fans don't have an exact understanding of what Yosef did to elicit that response from Clare, but it sure looks like he's the early "villain" of the season.

Yosef being a villain might not be a surprise for fans who have been following Clare's contestants for some time. Earlier this year, people noticed Yosef made a website right before going on The Bachelorette, which some fans took to indicate he might not be on the show for the "right reasons." The website is private now, but a Bachelor fan forum snagged a pic of the site before that happened.

As of now, there's still not many details surrounding the situation, but it seems fans definitely have some ~dramz~ to look forward to seeing on screens when the two-hour Season 16 premiere of The Bachelorette airs on ABC on Oct. 13 at 8 p.m. ET.

Editor's Note: This post was updated with Chris Harrison's quotes about Yosef Aborady.

This article was originally published on Sep. 15, 2020

More like this
Kaitlyn Bristowe & Jason Tartick Are Engaged & Their Proposal Story Is Cute AF
By Rachel Varina
Bekah Martinez's Explanation For Being Reported Missing In 2018 Is Wild
By Rachel Varina
Is Katie Thurston Engaged After 'The Bachelorette'? Her Instagram Is Sus
By Joyann Jeffrey
Stay up to date