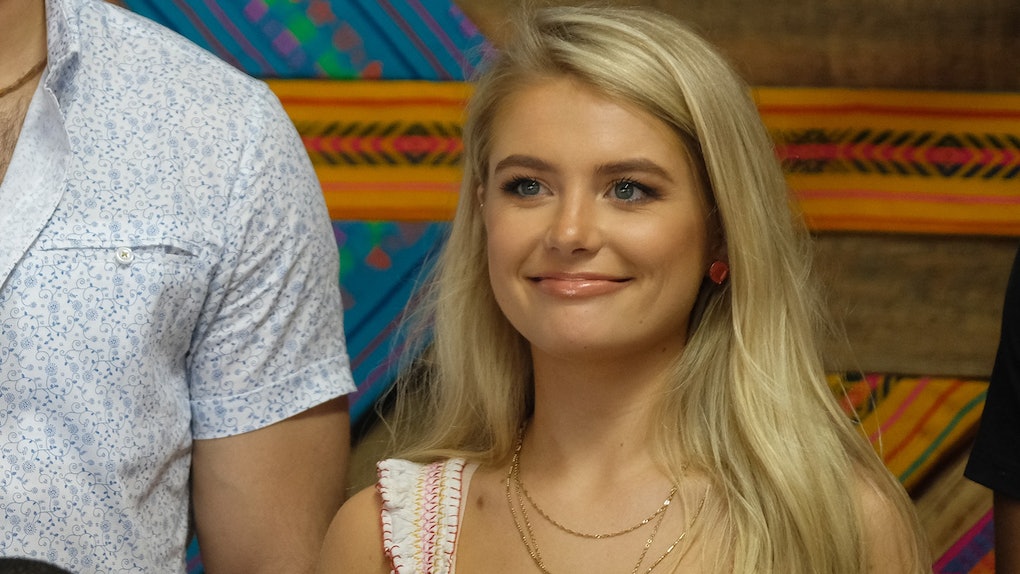 Who Is Kristian On 'Bachelor In Paradise'? Demi's Love Interest Keeps Coming Up

On Bachelor in Paradise, contestant Demi Burnett landed in a love triangle of sorts when she entered the show despite having off-screen feelings for a woman named Kristian. On the show, Demi quickly connected with Derek Peth, but in Aug. 19's episode, she came clean about her relationship at home having a greater impact on her than she thought. So, who is Kristian on Bachelor in Paradise? Demi's love interest has been on her mind as other Paradise relationships grow more serious.

In case you missed it, Demi chose to participate in Season 6 of Paradise because she felt cautious about labeling her relationship with Kristian. She told friends like Bachelorette Hannah Brown and fellow Paradise contestants Katie Morton and Tayshia Adams the truth, but it took her some time to share her past with Paradise beau Derek. He was supportive about her figuring out her feelings, but after Hannah stopped by the beach to check in during Week 3, Demi finally confided in Derek about being unable to stop thinking about Kristian.

The Aug. 19 episode ended with Demi requesting to speak with host Chris Harrison, but until fans learn what her intentions were for that meeting, they're conducting Google searches to track down the lady that's captivated the feisty fan-favorite. Bachelor Nation can find a picture with Demi on Kristian Haggerty's Instagram that's dated April 23, about a month and a half before Paradise began filming in June.

A scroll through Kristian's Instagram page will also reveal the presence of another former Bachelor contestant. She's posted a handful of photos with Season 23 star Catherine Agro, best known for bringing her dog to the first night of Colton Underwood's season. Their photos together go back as far as 2016, so it wouldn't be surprising if Catherine played a part in Demi meeting the Los Angeles-based Kristian. If not, it's a small world after all, huh?

According to Kristian's Instagram bio, she works in commercial and music video production and is also an ordained minister. Her website also breaks down her history in the entertainment industry: After attending Stetson University on a crew scholarship, Kristian began a brief career in "corporate America" before she turned to studying comedy in Orlando, Florida (just a short drive from Catherine's hometown of Fort Lauderdale). After completing her Florida comedy training, she moved to Chicago and graduated from its Second City improv program in October 2018. Since then, Kristian has been working as a production assistant in Los Angeles.

Fans don't know exactly when and how Demi met Kristian, but some stars in Bachelor Nation may have insider info. Paradise alum Tanner Tolbert previously speculated that Demi planned to get engaged to Kristian by the end of Season 6, which Demi denied, tweeting, "There was NO PLAN. You are speaking on something you HEARD about as if it is a fact."

Bachelor Nation will have to wait and see if these rumors contain any facts, but one thing that's for sure is Demi is struggling with being away from Kristian while on Paradise.

"I don't have Kristian around me, so I don't know how I would be feeling if it was just me and her," Demi told cameras in the Aug. 19 episode. "It's easy for people exploring options here because all of their options are here, and one of my options is not here. That's where it gets a little difficult for me."