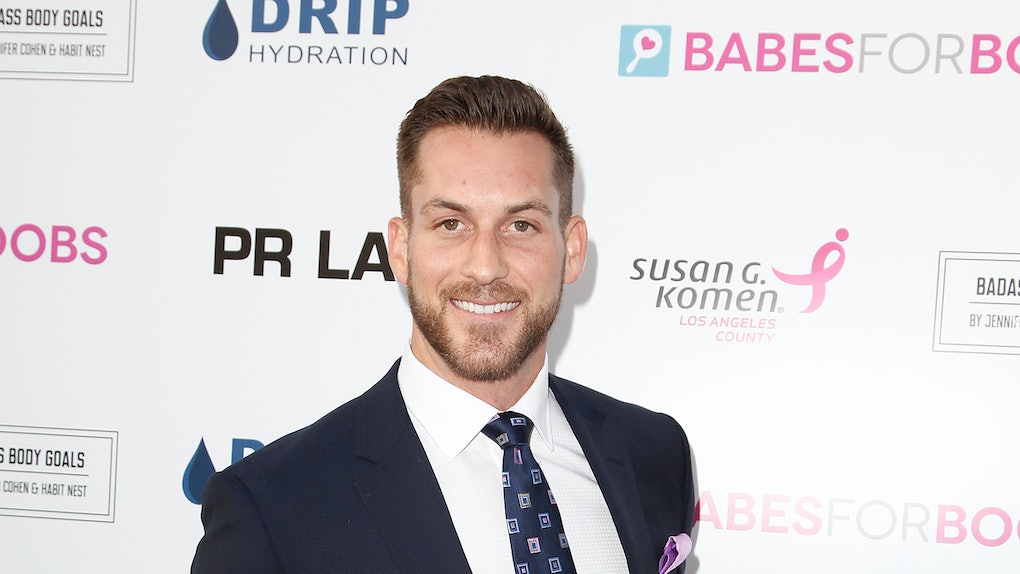 Who Is Chase On 'Bachelor In Paradise'? There's A New Fitness Fan On The Beach

Labor Day may mark the end of summer, but things continue to heat up on Bachelor in Paradise. More Bachelor Nation alums continue to join the other hopeful romantics at their Mexican resort, and the latest addition, Chase McNary, recently made his debut in the Sept. 3 episode. But who is Chase on Bachelor in Paradise? Here's the refresher you need on the former Bachelorette contestant.

Chase is taking a break from his usual job as a fitness entrepreneur to try to find love in Paradise. Season 6 has already had a few exercise buffs, like Kevin Fortenberry and Clay Harbor, so Chase is in good company on the beach. According to Chase's LinkedIn profile, he runs Left Side Lion, a fitness brand that "is dedicated to teaching health and wellness through fitness for the body, mind, and spirit." He is also a partner at the athletic apparel company LeisureLetics, and recently developed a green nutrition drink called MyGreens. It seems like Chase has got workout junkies covered through every part of their fitness routine, and he posts about his own fitness journey on his Instagram pretty frequently.

Bachelor Nation fans will remember Chase's first appearance in the Bachelor franchise during JoJo's season of The Bachelorette. Chase made it pretty far, continuing to date JoJo all the way until Fantasy Suite dates. However, even though he made it as a top-three contestant that season, he did not get to spend an overnight date with JoJo. Chase told her he loved her once they got to their suite, but once she heard the words from him, JoJo realized she couldn't reciprocate the feelings. She asked him to leave right then and there, and at the time, Chase said it felt like she was telling him to "get the f*ck out."

After getting dumped by JoJo, Chase spent some time on some reality shows outside the Bachelor franchise, appearing on the MTV shows Ex on the Beach and The Challenge. But that didn't mean he was done with Bachelor Nation. At the start of Colton's season of The Bachelor, Chase took to Instagram to post a heartfelt message about going on the reality TV journey to love. He wrote:

After stepping out of the limo, or something of the sort, into a whole new world. Most will experience reality TV. Some will feel the effects of public notoriety, and few will have their lives completely overhauled. I am grateful for the highs and the lows that I have been able to experience since my time in that driveway. And I have all of you, Bachelor Nation, to thank!

It's clear Bachelor Nation really does mean a lot to Chase, since now he's back to try to find his person on Bachelor in Paradise. Upon entering the show, Chase said he was interested in pursing Angela Amezcua after they hit it off at Chris Randone and Krystal Neilson's wedding. He asked Angela to go on a one-on-one date with him, so hopefully things work out for him better this time than they did on The Bachelorette.