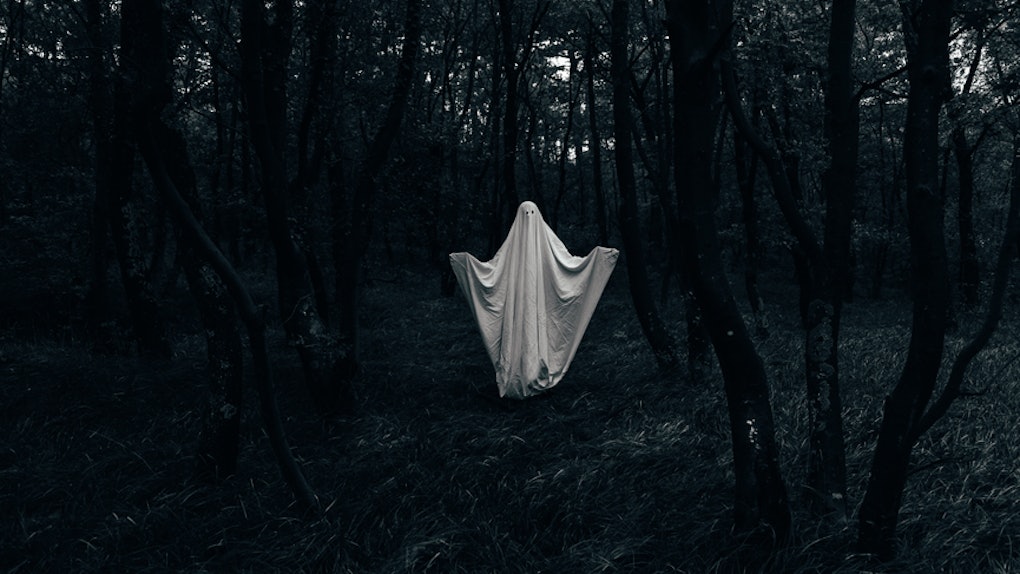 Who Is Adam Ellis? Here Are 5 Things About The Guy "Dear David" Is Haunting

By now, you've probably heard a thing or two about the creepy AF internet sensation that is "Dear David." The terrifying — yet kind of questionable — Twitter thread documents recurring hauntings of a young ghost boy named David, which take place in the apartment of NYC cartoonist, Adam Ellis. However, after the most recent set of photos emerged of David, many started questioning Ellis' credibility and his motives for posting about the ghost. So if you're not totally sure where you stand on the thread, here are five things about Adam Ellis from "Dear David" that just might put things into better perspective.

It all started out with a nightmare Ellis had one evening in early Aug. 2017. When a young boy with a horrifyingly disfigured head appeared in his dream, Ellis was given three tries to guess the boy's name. Finally, after correctly guessing the name "David," Ellis woke up and assumed it was just an average nightmare. Unfortunately, Ellis was wrong. In addition to wreaking havoc among Ellis' beloved cats, Ellis has caught David using his rocking chair, moving around his belongings, leaving behind a marble and a leather shoe, and even appearing in photographs. David definitely isn't the average house guest, and Ellis is totally freaked the heck out.

While the most recent set of photos stirred copious amounts of controversy around whether or not "Dear David" is just an internet prank, Ellis' Twitter followers are starting to look into his potential ulterior motives. Who is Ellis? Is he the type of person who might create an internet hoax? Why would he bring us through this emotionally traumatic but simultaneously awesome journey, all for just a prank? Although we don't know if "Dear David" is real or not, we've just dug up a little dirt on Ellis, and it might be the tell-all.

1. He wrote a book on his life experiences.

2. He's a graphic designer, and some of his illustrations are kind of dark.

Most of Ellis' illustrations are on his Instagram, and they're all super original and hilarious. Some of them, however, are a little creepy. This one, for example, is slightly horrifying, and has a somewhat of a familiar concept to it. Oddly, this particular cartoon was deleted from all his social media pages and from Buzzfeed before "Dear David" gained popularity, but it definitely reminds us of... someone. It seems a little odd, don't you think?

Ellis is a Buzzfeed contributor, and he's written a wide variety of super innovative pieces, including everything from hilariously illustrated comics to a comparison of The Office cast in the first and last season. Other than his "Dear David" introduction article, there's nothing super incriminating — but we can tell that Ellis is incredibly creative and loves telling stories, which is always interesting.

4. His blog posts from "Book of Adam" were totally deleted.

Ellis maintained a blog leading up to his book, called "Books of Adam," and all of the posts appear to be deleted. Was there incriminating or conflicting information on there pre-"Dear David" fame? Nobody except his previous blog followers would know, and the evidence is totally gone.

5. His desire for social media fame was apparent before "Dear David."

Ellis always had a strong social media presence even before documenting David. Tweeting multiple times per day, Ellis has expressed his enthusiasm for starting social media trends. For instance, he posted the tweet above three days before his first "Dear David" tweet. Based on the above post, it's clear that Twitter fame might be on Ellis' agenda. Coincidence? I think noooot!

Whether you think Ellis is an internet mastermind trying to prank all of us, or if you think he's just a creative guy suffering from a really persistent ghost, there's no denying that he's really fantastic story teller. Do we think his background points to a few holes in his story? We may never actually find out.

More like this
These Tweets About “Disaster Girl” & Her $500K NFT Are Hype For Her Reward
By Cianna Garrison
TikTok's Viral Ranch Pickles Recipe Is A Big Dill, & So Are These Other Pickle Recipes
By Marisa Casciano
These Memes About Being "Cheugy" Include Some Hilarious Realizations
By Cianna Garrison
Stay up to date