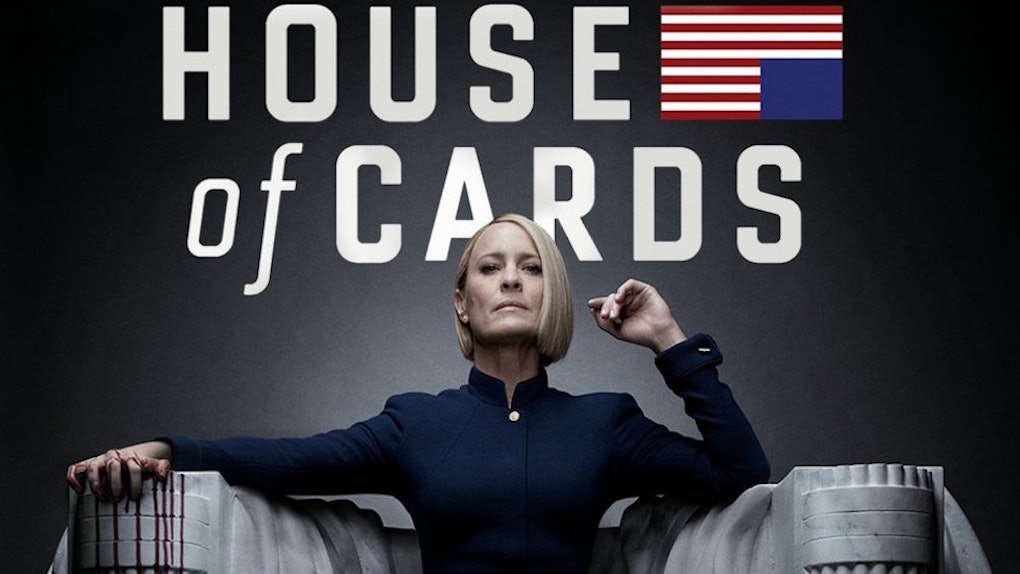 When Will 'House Of Cards' Season 6 Premiere? The Date Is Sooner Than You Think

A new president is on her way. After months of fans waiting to get confirmation about when the sixth and final season of House of Cards will air, Netflix has finally revealed that the farewell season of its tentpole political drama will premiere in just a couple of months. So exactly when will House of Cards Season 6 premiere, and what can fans expect from the final season? Let's get into it.

On Tuesday morning, Netflix announced that the sixth and final season of House of Cards will become available to stream on Friday, Nov. 2, a little under three months away. As confirmed last year, the upcoming season will see Robin Wright's character of Claire Underwood take center stage as the new President of the United States. The show's previous protagonist Frank Underwood will not appear in the new season at all, following Netflix's statement that the network will no longer work with Kevin Spacey following the sexual misconduct allegations that began to surface against the actor last fall. In order to rework the season following these allegations, the House of Cards team halted production for the last few months of 2017. The sixth and final season of House of Cards will consist of only eight episodes, significantly down from the 13 episodes of every season prior.

Netflix announced the new House of Cards premiere date by sharing the first promo art for Season 6, which appropriately shows Claire Underwood in power. The photo shows Claire in the sleek, navy dress that she wore in the last scene of the Season 5 finale, when she announced that it was her turn to be the Underwood in power. In a macabre twist, Claire's hand is spilling blood over the marble chair that she is sitting on.

Even though it was not planned, Frank Underwood's disappearance in the new season of House of Cards actually makes sense within the storyline of the series. At the end of last season, Frank Underwood had become so embroiled in scandal during his presidency that he is threatened with impeachment. In order to avoid that, Frank wound up resigning, and since Claire had become his vice president, she found herself assuming the office of president in the finale episode. Frank does mention a plan to continue surreptitiously working alongside Claire from outside the government by climbing the business field, but once she becomes president, Claire decides not to pardon Frank's crimes as she had promised him, ensuring that her husband will be sent to prison.

At the Television Critics Association press tour last week, Netflix's programming chief stated that she believed the sixth season is a "fitting end" to the long-running series. House of Cards has always been special to Netflix and to the streaming age in general. The show was the first original program made available on Netflix, and has remained its most decorated series at the Emmys and Golden Globes, proving that prestige television was not only for premium cable.

Shortly after the Kevin Spacey allegations broke, Netflix revealed that it was interested in developing three House of Cards spinoffs that could potentially keep aspects of the series going after the conclusion this year. The sixth and final season of House of Cards will premiere on Netflix on Nov. 2, 2018.

More like this
'Emily In Paris' Season 2: Premiere Date, Trailer, Cast, Filming News, & More
By Dylan Kickham and Ani Bundel
Who Is Baghra In 'Shadow And Bone'? She's Even More Important Than You Think
By Ani Bundel
10 'Schitt's Creek'-Inspired Graduation Cards On Etsy For Sending Your "Best Wishes"
By Marisa Casciano
Stay up to date