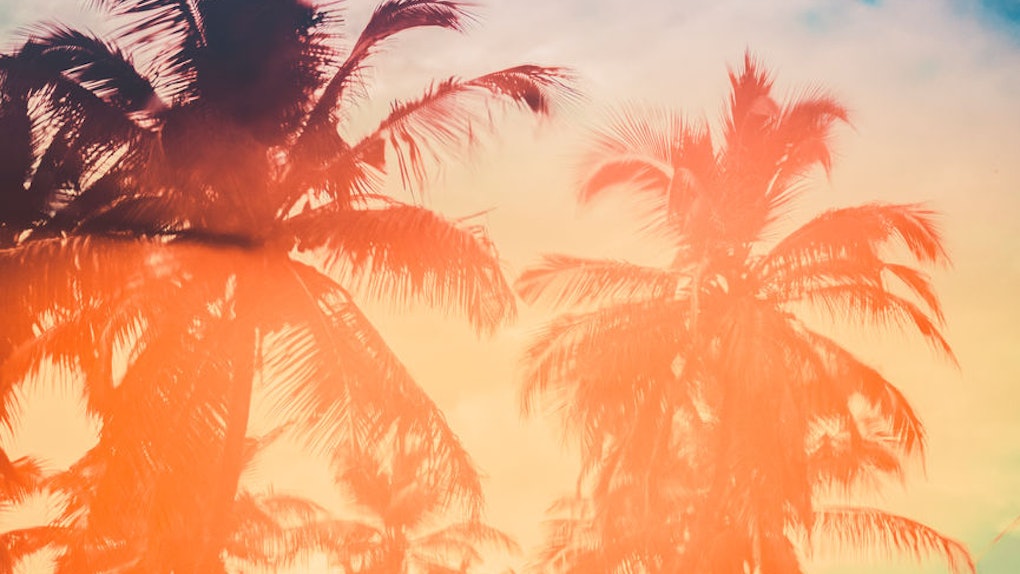 When Is The Next Partial Solar Eclipse? How To Fit The Cosmic Event Into Your Schedule

This has been a summer of surprise, confusion, and most prominently, change. No matter who you are, I'm sure you've felt the whirlwind in some way, whether the drama has been completely over-the-top or subtly unsettling. According to astrology — my favorite way to make sense of the world — these changes are due to the series of eclipses currently rearranging our universe as we know it. I know, I know. Not everyone subscribes to such a poetic understanding of our solar system. However, regardless of your spiritual beliefs, I'm sure you're all wondering when is the next partial solar eclipse, anyway?

Before I get to that, it's important that I lay down some key information regarding the next partial solar eclipse that you definitely need to know. First of all, you might not even be able to see it. According to TimeAndDate.com, it will only be visible from locations in Northern Europe (such as Scandinavia and Russia), Asia (such as China and Mongolia), Greenland, and North America (not the United States, unfortunately, just a few very north-eastern parts of Canada). Also, since this eclipse will be "partial," instead of "total," it won't be anywhere near as dramatic of a solar event as The Great American Eclipse witnessed last year on August 21, 2017.

If you were hoping for a cosmic frenzy in which everyone walks out of their office jobs to gaze at the the sky through a pair of solar eclipse safety glasses, and Donald Trump sends a ripple of giggles through the media by risking blindness and staring at the solar eclipse directly, I'm sorry to disappoint. This, unfortunately, won't be of the same magnitude (at least for those who will be in the United States during the event, like me). So, why should you care anyway? Well, there are still many ways you can enjoy and observe the next partial solar eclipse, which by the way, will darken the Earth's atmosphere on August 11, 2018, just a few days away from now.

With the eclipse beginning to take over our sun at 4:02 a.m. EDT and reaching maximum eclipse at 5:46 a.m. EDT, according to Space.com, you don't have to miss out on all the fun just because you live in an area of the world that can't see it. For example, you can still live stream the event from the comfort of your own home. While information on where you can live stream it hasn't circulated quite yet, you should check to see if TimeAndDate.com will broadcast it the way they did for the total lunar eclipse we experienced on July 27 as the date of the partial solar eclipse draws nearer.

While live streaming such astronomical happenings is obviously nowhere near as thrilling as seeing it in person, I promise you that I still found it majorly rewarding that I was able to be a part of the excitement surrounding the total lunar eclipse, even though I was watching it through a computer screen all the way over in Los Angeles.

And, if neither live streaming the partial solar eclipse or seeing it in the flesh is feasible for you at this time, the spiritual implications of this cosmic event are enough to send you into an enchanted state of mind. Since a solar eclipse always occurs on a new moon and new moons are thought to replenish your soul, wipe the slate of your heart clean, and allow you to plant fresh intentions, a solar eclipse magnifies the promise of a new moon with great intensity. In fact, a solar eclipse often reshapes your world altogether, sending you on the path to a new beginning as you leave behind aspects of your life that have now come to an end.

Regardless of whether or not you can see the partial solar eclipse — which will occur in the zodiac sign of mighty, prideful, and expressive Leo — it can be said that the cosmic event will still most certainly see you.