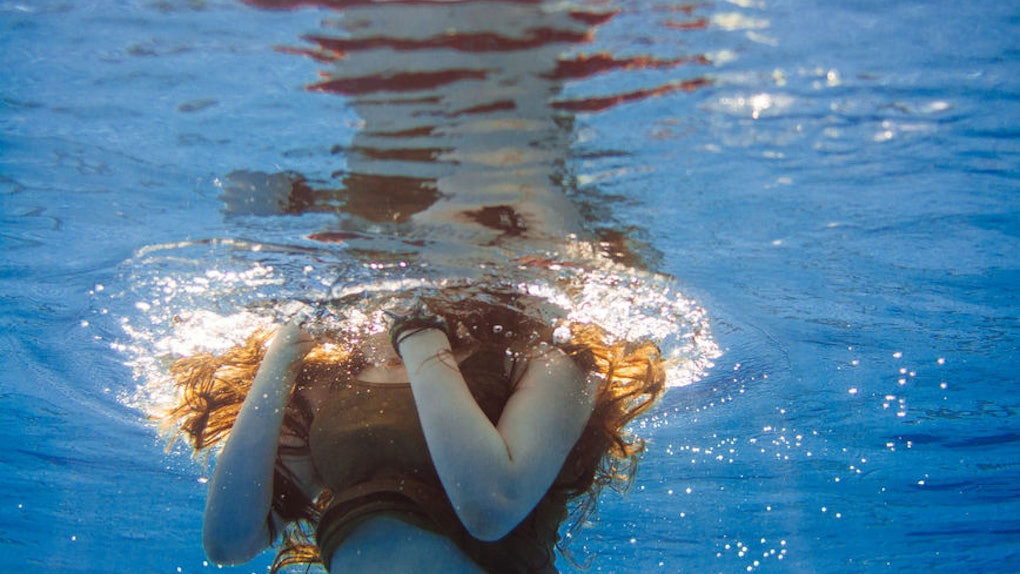 When Does Mercury Retrograde July 2018 End? Here's How The Chaos Will Come To A Resolution

Brace yourselves, everyone. The dreaded Mercury retrograde has returned once again, and it's here to foil your summer plans with a twist of confusion. The mere mention of this phenomenon is enough to fill your head with anxiety, which is why you're probably already wondering: When does Mercury retrograde July 2018 end?

If you've never heard of Mercury retrograde, it's when Mercury appears to be rolling backward in its orbit from our perspective on Earth. Although a planet is incapable of actually moving backward, astrology is focused on what we perceive from this big blue ball in space that we call home. As you can imagine, a celestial body coming to a halt in its astrological journey comes with countless repercussions in our lives.

You may have already heard that currently, five other planets are in retrograde. However, the majority of those retrogrades are a piece of cake compared to Mercury's. This is because Mercury is considered an inner planet rather than an outer planet, with a retrograde that only lasts three weeks while wreaking tangible havoc in such a short amount of time.

Since Mercury rules over cognitive function, transportation, communication, and technology, errors in these departments flourish during its retrograde. Flight delays, shattered phone screens, unsaved documents, awkward social interactions with exes, and coffee spilling all over your keyboard are just a few examples of the chaos that can ensue.

In the dramatic and prideful sign of Leo, a lot of mistakes will most likely be made between July 26 and Aug. 19, 2018. However, our galaxy always has a plan, and the mayhem of Mercury retrograde is never without purpose.

Let Go Of Your Ego And Go With The Flow

Since this Mercury retrograde will transpire in Leo, a sign known for its passionate antics and fiery sense of self, your ego will be your biggest liability. Leo gets swept away by lavish plans and will stubbornly cling to a sinking ship. Chances are, your efforts involving grand gestures and ostentatious displays may result in hurt feelings. Your pride might also encourage you to charge wholeheartedly into situations that are brimming with potential failure, possibly leaving you with regret.

It's advised that you turn toward introspection rather than forcefulness during Mercury retrograde. In fact, you shouldn't start new projects or take any risky moves until it's over. Instead, review all that you've already begun, and prepare in advance for anything that can go wrong. It's inevitable that this retrograde will test your ego, and by the time it's over, you'll have learned how to trust in the unpredictability of the universe, remembering that you should never take failure too personally. All you can do is try your hardest and then let your work go, knowing you've done all you can.

Find Closure From Your Past

Another common consequence of Mercury retrograde is a feeling of nostalgia. It can lead you to reminisce on the past and perhaps even romanticize it. If your ex sends you a random text or your oldest friend returns to town, you can blame it on the retrograde. This astrological phenomenon is all about rekindling old flames, tying up loose ends, and finally having conversations about what went wrong.

Although it's advised that you don't make any major decisions during Mercury retrograde, there is one decision you're encouraged to make: the decision to forgive. We all carry the weight of past loves, old relationships, stale commitments, and broken promises. Now is the time to return to these wounds and tend to them, because when people from your past begin showing up at your doorstep, you can't ignore what you once shared.

Bring Yourself Back Down To Earth And Start Over

Mercury retrograde is a time of slow movement, thoughtfulness, contemplation, and re-evaluation. Any attempt to create something new, commit to a large endeavor, or make any big moves will be met with more complications than usual. Mercury, the planet that governs our clearest cognitive functions, is fogging up the windshield while you may so desperately want to press harder on the gas. Remember the dangers that may lie ahead, and trust that for now, patience and rumination are your best options.

Every now and then, we must pull our energy back and take stock of what is currently going on in our lives. When your ego balloons out of control, causing you to prioritize force over stillness, you end up moving so fast that nothing is truly completed. By the time Mercury retrograde is over, you'll have thought through all the tangles in your life, combing through them one day at a time. You'll be revived by a sense of fresh direction, and with all your power behind you, there's nothing you can't accomplish.

More like this
Each Zodiac Sign Has A Lucky Day Of The Week That Goes With It & Here's Yours
By Chelsea Jackson
What Planets Are Retrograde April 2021? Here's What You Need To Worry About
By Roya Backlund
The Netflix Reality Show You Should Watch, Based On Your Zodiac Sign
By Chelsea Jackson
Stay up to date