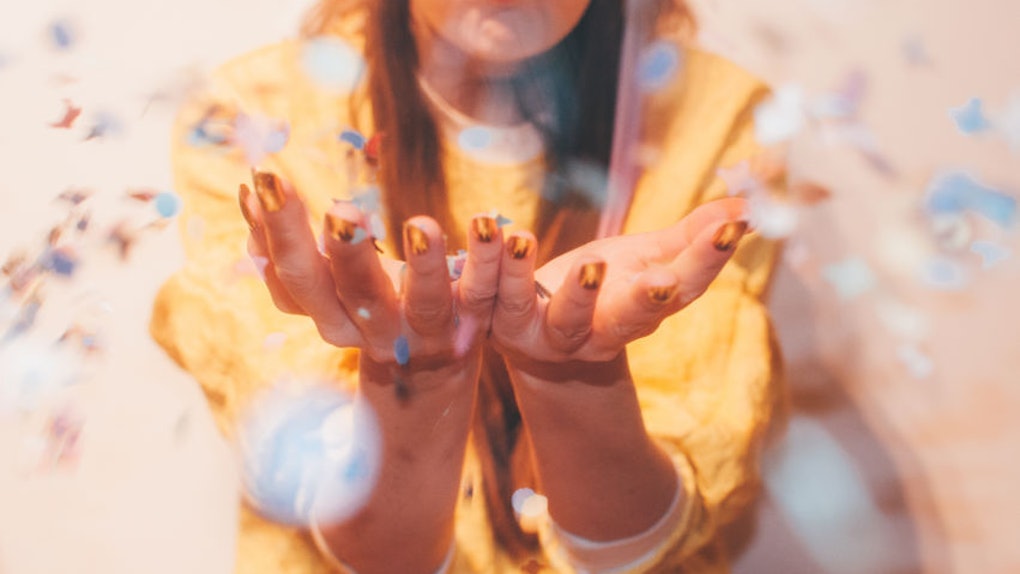 Are you ready for your close up? Mercury the messenger has officially made its grand entrance in the sign of the majestic lion. Not gonna lie, you might be feeling extra AF thanks to Mercury in Leo 2018. Lights, camera, action! In astrology, Mercury is the planet of communication, thought process, routine, transportation, technology, and pretty much every single bit of information you gather on a daily basis. Now, before we get into this Mercury in Leo transit, here's the 411 on this mischievous god.

Mercury is the smallest planet in the solar system, not to mention the fastest, considering it only takes 88 days to orbit the sun. Although, don't let Mercury's Polly Pocket size fool you. Not only is this planet fast, it's also swift and incredibly sharp. In Roman mythology, Hermes, aka Mercury, was the most clever of the Olympian gods. So much so, he was their full-time messenger, translator, and interpreter. All of the gods depended on him for all sorts of information, however, despite his brains and unique resourcefulness, Hermes was also a shady trickster and a thief with a smart mouth. He was the only one who could travel to and from the underworld, besides Hades, aka Pluto.

Mercury Governs Our Mind And Thoughts

Think about it: What in the world would we do without telephones, emails, text messages, let alone the Internet? Communication is everything. For the record, this is exactly why we all panic when Mercury stations retrograde. Everything slows down, including our minds, but that's a whole other subject.

On June 29, at exactly 1:16 a.m. ET, Mercury the messenger leaves sensitive Cancer and enters zodiac royalty. In Leo, Mercury is expressive, theatrical, and larger-than-life. Mercury in Leo is also incredibly persuasive, not to mention confident AF. However, this unfortunately, is where the drama comes in.

Leo is never wrong. On the contrary, anything you can do, Leo can do better. This is why it's important to listen closely and keep some of Cancer's empathy in our back pocket during this transit. A lot of us won't be in the mood to listen, let alone compromise. Especially those who have personal planets (sun, moon, ascendant, Mercury, Mars, or Venus) in the sign of Leo. Don't say I didn't warn you.

Leo Is The King Of The Jungle

As I previously mentioned, Mercury represents our words, thoughts, and communication style, while Leo epitomizes pride, confidence, and authentic expression. When Mercury is transiting the sign of Leo, our communication becomes bolder and brighter. Think about it: Why would a lion back down? Leo demands attention and respect, hence those who are born under this sign tend to be a bit dramatic, to say the least. The truth is, these folks are extremely passionate. They really mean no harm at the end of the day.

Mercury In Leo Speaks To An Audience

When Mercury is in a fire sign, its energy is vibrant, passionate, and utterly captivating. Mercury in Leo is a natural performer, as it demands the attention of those around. That being said, the whole world may or may not be fighting to be center of attention during this transit. Our words will overflow with colorful expression and grand gestures, while our minds swirl with thoughts that might seem over-the-top. Many of us will morph into riveting storytellers and charismatic entertainers during this time.

Leo rules the heart. It represents our inner child and individual light. What are you like when no one is watching? What type of music makes you want to get up and dance? Leo is the passion burning deep inside of you. It's that overwhelming happiness you feel when you get to do something you love. Despite Leo's bad rep for being attention-seeking and egotistical, this sign is especially unique. It shines bright like the sun.

More like this
What Planets Are Retrograde May 2021? Mercury Isn't The Only One
By Roya Backlund
May 17, 2021 Will Be The Most Romantic Day This Month For Every Zodiac Sign
By Valerie Mesa
The Spiritual Meaning Of The May 2021 New Moon Is About Patience
By Roya Backlund
Stay up to date