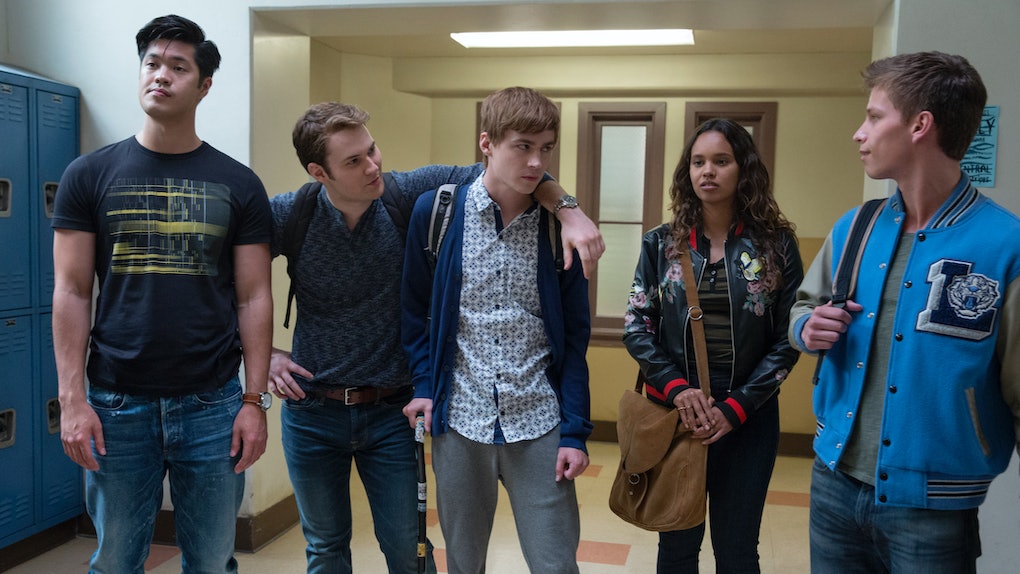 When Does '13 Reasons Why' Season 3 Premiere? Here's Everything We Know

It's been two weeks since 13 Reasons Why Season 2 premiered, and I'm still thinking about that dramatic ending. In true 13 Reasons Why fashion, the Netflix show left fans with more than a few unanswered questions, and now, I'm desperate to know when I'll be able to binge another season of the addicting teen drama. When does 13 Reasons Why Season 3 premiere? Netflix has yet to confirm a Season 3, but considering that 13 Reasons Why is one of the most popular shows in the history of Netflix, it seems like a fair bet to assume it will be back for a third round sometime soon.

If you're worried that Netflix hasn't announced 13 Reasons Why Season 3 yet, don't be: The streaming platform is notorious about waiting months (and I mean months) to announce new seasons of its shows. According to E! News, Season 1 premiered on March 31, 2017, and Season 2 was confirmed in May. It's only been two weeks since the 13 Reasons Why Season 2 premiere, so there's plenty of time before fans should start getting worried about Season 3.

And even though Netflix hasn't said anything about Season 3, it seems like production on the next 13 episodes of 13 Reasons Why is moving full-steam ahead. According to The Sonoma West Times & News, a local California paper, the high school that doubles as Liberty High has already been secured for a third season of filming. As per the agreement, Paramount Pictures must pay the West Sonoma County Union High School District about $66,000 to film for 30 days on the grounds of Analy High School in Sebastopol, California.

Location? Check. What about the timeline? According to the paper, Season 3 will likely begin shooting in mid-June, and production will wrap about six months later in mid-December. If Season 3 actually finishes filming in mid-December (and there's always the chance that it could run longer), it could make its way to your computer screen as early as April, but I wouldn't be surprised if Netflix pushes Season 3 to May or June 2019. It takes about a year to fully recover from all the drama in 13 Reasons Why, right?

While some things will definitely be the same in Season 3, there will be one major difference: Hannah Baker, the show's original protagonist, likely won't appear in the new installment. On May 25, Katherine Langford revealed that while she's grateful for the two seasons she spent with Hannah, she won't be returning for Season 3 and beyond. "Hannah.... I love you.... and I let you go," wrote Langford on Instagram, echoing Clay's emotional statement in the Season 2 finale.

As the show moves forward, it will focus on the characters and the relationships that were established in Seasons 1 and 2. As showrunner Brian Yorkey told Entertainment Weekly:

I don’t see a tremendous continued presence for Hannah because I think we needed her to finish telling everyone else’s side of her story and we needed her so that Clay could get to a point of saying, 'I love you and I let you go.' If the story does continue, and certainly there is lots more to know about a lot of these characters, then the spotlight focus on Hannah Baker is probably done.

Plenty of things were left up in the air after the Season 2 finale, so while Hannah Baker will be missed, I don't think that the 13 Reasons Why team will be lacking material for Season 3. Tony and Clay may have thwarted Tyler's shooting attempt, but Tyler will certainly still be looking to get revenge in the episodes to come... and Clay won't get off scot-free after being caught with Tyler's ammunition, either. And how will the Alex-Justin-Jessica love triangle be complicated by Alex and Zach's growing relationship? Ugh, I have so many questions that only 13 Reasons Why Season 3 can answer.

It's going to be a loooong year, 13 Reasons Why fans.