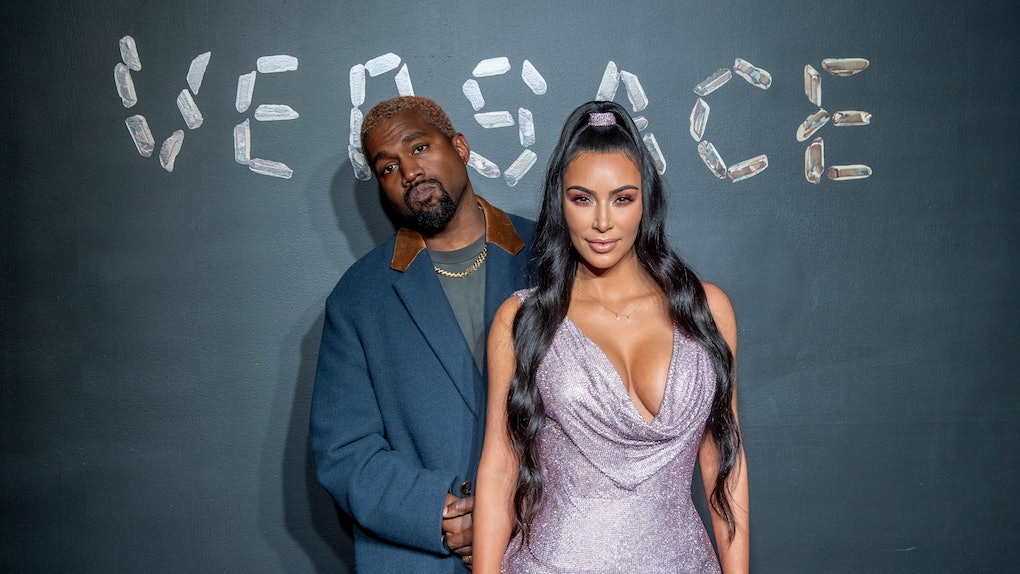 In a Venn Diagram titled, "Things People Like To Talk About On The Internet," the Kardashians and astrology may perhaps make up two of the biggest circles. While haters (@ my dad) may say Kris Jenner's offspring get enough attention as it is, my lifeblood quite possibly is diving into the middle — unpacking the astrologic charts of the Kardashian family. I want to "keep up" with how the stars aligned to make Kendall and Kylie Jenner. I want to know Rob Kardashian's moon. And I really want to now what Kim Kardashian is like as a partner, based on her sign.

In my hunt for all the answers (actually, just the Kim K answers) I reached out to Linda Furiate, consulting astrologer specializing in addictive behavior and relationships. Furiate had a lot to say about Kim's love languages, conflict styles, and flirting skills. She unpacks Kim's Libra sun, then dives into how Kim's Venus (the planet of love and attraction), then moves into Virgo and why the Pisces moon might impact how Kim navigates romantic relationships.

Kim K is a business woman, a model, a makeup mogul, a mom, a wife, and more — and she does it all with a banging contour job and a pretty widespread star chart.

Her sun is in Libra.

Kim's sun sign, (her main astrological identity based just on her birthday) is the air sign, Libra. Furiate provided a detailed response about how Libras love.

"Libra is the sign that is ruled by the planet Venus — in astrology, Venus is the planet that is related to our love life, money, things we value and all that we wish to attract to include attracting the right partner," Furiate says. "A Libra loves the idea of being part of a relationship. Libra has a strong affinity to being part of something beyond the self. Often a Libra will do what it takes to please their partner. Thoughtful gifts, love notes and a listening ear are few special ways a Libra will show love. Libra is no push over. They will stand their ground if push comes to shove — this is when the tiny little kitten will become a mountain lion."

If you've been a long time Kim K fan, you've seen her get through heartbreaks, rush-weddings, and sexy content leaks. She puts her heart out there, and expresses her love boldly. Kim has always been vocal about wanting to be married and wanting to be a mom — and now she is living her truth.

Since Libras are ruled by the planet of love, I figured that when a Libra's in a relationship, its a pretty big deal to them. Furiate attests that Libras may need to be shown love, and told they are loved, frequently in a relationship. While they are social people and excellent negotiators, they are reluctant to confront conflict, or bring up their own needs. Symbolized by the scale, Libras like to keep the balance, even if that means staying quiet about their feelings. Of course, Libra is a romantic too, and stays loyal to their partners.

"Libra is charming. This charm may come across as flirtatious," Furiate says. "When a Libra is in a committed relationship their loyalty is toward their partner. Libra is rarely suspicious, unless given great cause."

Although her reluctance to initiate conflict could mean her own needs go unmet, Kim K's Libra sun may make her an affectionate and caring partner. She's charming, social, rarely suspicious, and has strong expectations for her partner and how she should be treated.

Her Venus is in Virgo.

Finding where your Venus is can be pretty enlightening as to how you navigate relationships. Virgo is an earth sign, and is known for taking charge, sacrificing themselves, and wanting the best for others.

"When a person has Venus in the sign of Virgo they may often make their relationship a work project," Furiate says. "They may want to ‘fix’ their partner. The person may often approach a relationship in a more conservative and methodical way. It may be hard for the Venus in Virgo person to show their love in an intimate and trusting manner until they have been able to fully analyze the relationship from every angle, making certain the person is able to live up to their high standards."

It sounds like Kim K may take a more analytical approach to love. She has high standards and may want to make sure her SO can keep up.

Her moon is in Pisces.

Grab some tissues and some slightly warmed ice cream, as a Pisces moon means some major emotions. Pisces is a water sign, and is known for being imaginative, emotional, and dreamy. In Kim's case, her and her boo both share a creative and intuitive Pisces moon.

"Both Kim and Kanye have their Moon in the sign of Pisces," Furiate says. "She can be very specific on what she wants to fulfill her personal fantasy. This pair has a strong karmic bond, mesmerized by a world filled with chaos, uncertainty and the illusion that may easily allow both to materialize their independent dreams."

Of course, having millions of dollars and a worldwide fanbase may help when you want to make your fantasies come true. Kim's Pisces moon may make her a mesmerizing partner, driven by fantasy and following her dreams.

So there you have it: Kim K's star chart on love and relationships. Of course, what's written in the stars isn't necessarily written in stone, and Kim's astrological identity doesn't mean any absolutes on who or how she (or all air signs, for that matter) love. From a lovely Libra sun that makes her social, sexy, and romantic, to a Virgo Venus that makes her independent and service driven, and a Pisces moon that keeps her dreamy and emotional, Kim K is no ordinary lover — and we wouldn't want her any other way.

More like this
Sebastian Stan's Zodiac Sign Makes Him A Faithful & Loving Partner
By Rachel Shatto
3 Zodiac Signs Most Compatible With Kourtney Kardashian & Travis Barker
By Caroline Colvin
Here's Why Someone Cheats On Their Partner, Based On Their Zodiac Sign
By Danielle Sinay
Stay up to date