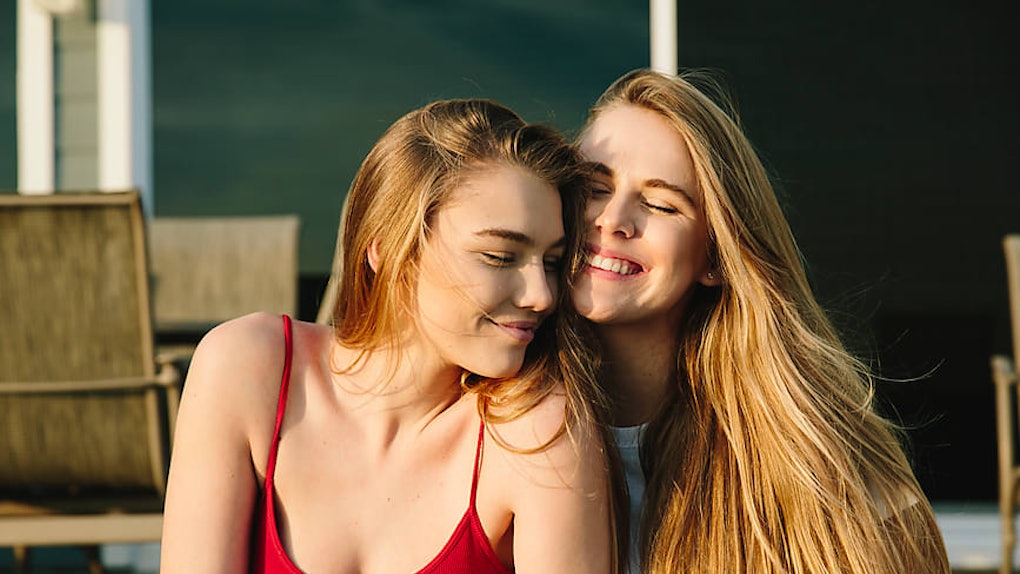 What It Really Means When A Couple Never Fights, According To A Psychologist

It may seem like a stretch to say some couples never fight, but contrary to popular belief, those couples exist. I don't know what their secret is, but what it really means when a couple never fights depends on the reason they don't. Is it because they have a system in place for how to handle a disagreement to keep it from turning into a fight? Or does it have more to do with one or both partners being scared of what the other will say or do?

"There are some couples who rarely argue because they communicate their wants, needs, preferences, and opinions in a manner that is accepted and processed by each other," Joshua Klapow, Ph.D. clinical psychologist and co-host of The Kurre and Klapow Show, tells Elite Daily. That doesn't mean that couples who don't fight, however, don't get in mild disagreements here and there. "But those disagreements are genuinely resolved, or at least heard, and worked on," he says. "Couples who communicate honestly, authentically, and with an emphasis on sharing information and learning from each other vs. 'winning' or 'losing' will tend to argue less." Disagreements don't constitute arguments, however. They're the conflicts that couples face, and managing them so that they don't turn into fights is key, Dr. Klapow says.

On the other hand, if a couple is not fighting because they're determined to avoid all conflict, regardless of how it may take a toll on their emotions, that's another thing entirely. "The emotions associated with the disagreements are still present," he explains. "The lack of resolution of problems or conflicts by avoiding, compromising constantly, and otherwise pushing them away or aside can lead to miscommunication in the relationship [and] misperceptions about the quality of the relationship." The partner who is constantly trying to avoid conflict may begin to subconsciously (or even consciously) resent the other partner because of their own disregard of their emotions.

If you and bae don't fight, and you're not sure if it's because the two of you communicate well and there is no need for fighting, or if it's because you're purposely avoiding it, Dr. Klapow recommends you ask yourself a few questions. "Are there topics, problems, [and] situations that I feel strongly about that we are not on the same page about and we are not dealing with? Am I avoiding disagreements because I don't want to fight? I’m afraid of what my partner may say or do? Or I’m afraid it will ruin the relationship. Am I not arguing because I simply don’t care anymore about trying to communicate?"

If your answer to any of those was yes, it could mean there's more to you and bae not fighting. "You have a larger communication problem, and the lack of arguing is actually a symptom of it," he says. Ultimately, what it really means if a couple never fights is not about whether they do or not, it's about the reason why they don't. "Are you not arguing because you are managing disagreements in a healthy way?" Dr. Klapow asks. "Or are you not arguing because you are afraid to have conflict, afraid it might destroy the relationship, afraid of your partner?" If it's the former, you and your partner are just one of those non-fighting couples. More power to ya! But if it's the latter, there could be more to it, and it may be something the two of you have to talk about.

More like this
Each Zodiac Sign Gets Bored In Relationships For A Different Reason, Here's Yours
By Rachel Shatto
Madison LeCroy's Reaction To Jennifer Lopez & Alex Rodriguez's Breakup Is Coy
By Corinne Sullivan
12 Date Ideas Inspired By 'Schitt's Creek' That Are Simply The Best
By Corinne Sullivan
Stay up to date