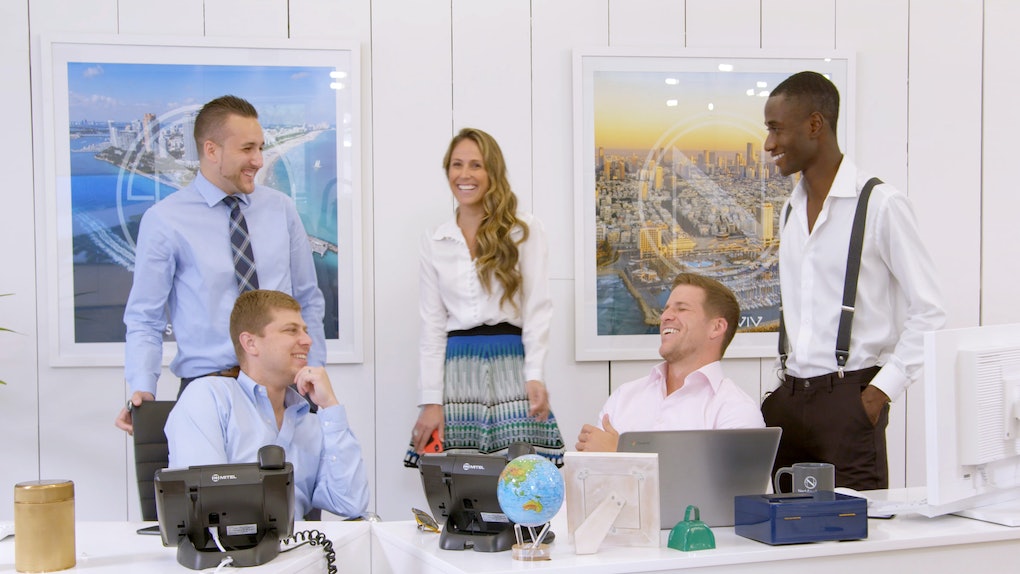 What Is Nest Seekers From ‘Million Dollar Beach House’? Here’s A Deep Dive

If you've watched (and by "watched" I mean drooled over the Hamptons homes in) Million Dollar Beach House, there's a good chance you're wondering who the team is behind the dramatic reality show. Netflix's newest take on high-end real estate follows a group of agents as they sell luxe homes in the East End of Long Island. The biggest thing fans want to know after Season 1 is what exactly is Nest Seekers from Million Dollar Beach House? At least on the show, the firm seems kind of amorphous.

The series — which dropped Aug. 25, (capping off the summer no one left their houses) — follows a cast of five real estate agents as they sell high-end beach homes in the illustrious Hamptons. Like Netflix's similarly real estate-centered reality show Selling Sunset, the cast of Million Dollar Beach House comes from a real agency that sells real homes (no matter what Chrissy Teigen thinks).

In Episode 6 agent, Noel Roberts sums up what exactly the firm in Million Dollar Beach House is all about (from a PR standpoint, at least). "At Nest Seekers, we pride ourselves as being an international firm with close to a thousand agents and dozens of offices around the world," he told a homeowner looking to sell his newly renovated summer home.

According to the Nest Seekers website, the firm was established by Eddie Shapiro in 2001 and currently has 25 offices (including some in hubs such as New York, Miami, London, and Asia). Just like the show highlights, the MDBH cast members are all selling homes in the Hamptons area (mostly during the summer, since that's the big selling season for the area). After scouring the website, however, the show's five main agents (and minor cast member Sara Burack, who was at the heart of some major Season 1 drama) span three different offices. Burack and HBIC Peggy Zabakolas are both listed on the agent page of the company's Bridgehampton location, whereas James Giugliano, J.B. Andreassi, and Michael Fulfree are all found on the Southampton page. Finally, Noel Roberts is the only cast member found on the East Hampton page.

Whether that means they bounce around to different offices (which would make sense, considering their listings might be in different parts of the Hamptons) or they were all thrown together specifically for filming the show, it's unclear. Hopefully the series will be renewed by Netflix so fans get future deduce what it means to be a Nest Seeker in Season 2.

All six episodes of Million Dollar Beach House are streaming on Netflix now.