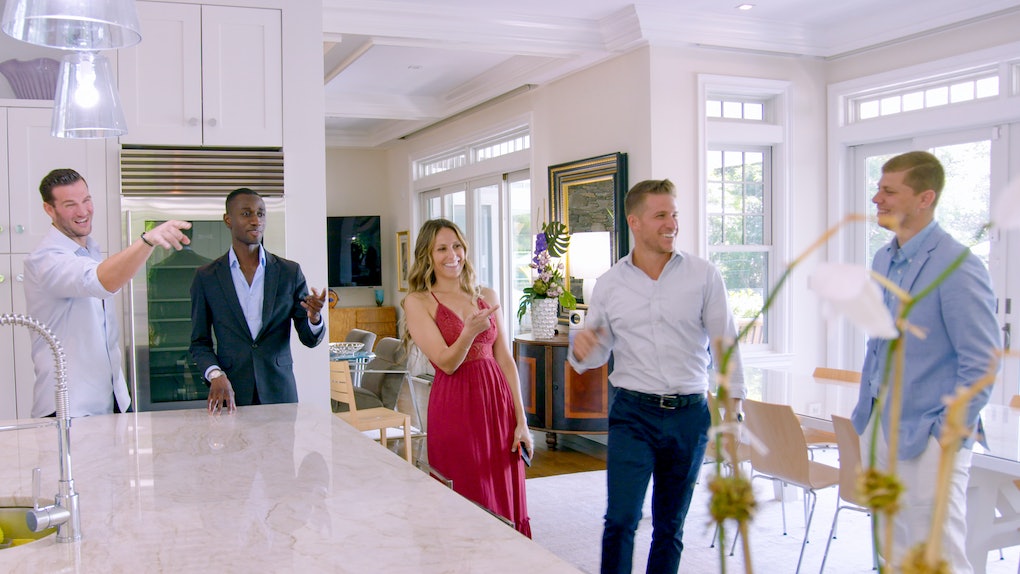 Calling all those who loved Selling Sunset: There's a new Netflix show on the horizon that will be right up your alley. The new reality series Million Dollar Beach House similarly explores the world of high-end real estate, but on the opposite coast from Selling Sunset's Oppenheim Group agents. Over in the Hamptons, the Million Dollar Beach House cast's Instagrams are full of stunning properties, providing just a hint of what's in store when the series premieres on Aug. 26.

As you can imagine, the exclusivity of the Hamptons means there are some pretty gorgeous houses on every block, so fans can expect to see a lot of expensive and swanky properties in the show. In the meantime, you can check out the houses on the Million Dollar Bach House cast's Instagram pages to get a sense of what they sell on the reg.

Giugliano, a Southampton native, is the first agent the show introduces. He's done some pretty big deals in his time, including raking in the No. 1 and No. 3 biggest deals in the Hamptons in 2019, according to his Instagram bio.

Andreassi, also a Hamptons native, has made his life selling high-end real estate. This Dartmouth grad's Instagram is full of pics promoting the properties he sells, as well as some personal posts that provide a bit of insight into his everyday life.

Fulfree, a former Calvin Klein and Dolce & Gabbana model, fell in love with the Hamptons while traveling with his family, according to his Nest Seekers bio. He currently has nine listings in the Hamptons this summer, so the one seen on his Instagram pic above is just a taste of what he gets to see every day.

Roberts is one fancy guy, and his social media proves it. According to his bio on the Nest Seekers brokerage website, he's the head of Nest Seekers' Private Client, a boutique practice within the brokerage that allows him to focus "on high net-worth individuals, their families, family offices, C-Suite executives, athletes, and entertainers."

Zabakolas is a Long Island native who worked in commercial real estate before going to law school, then went on to be a founding member of "one of the most successful real estate teams in the country," according to her Nest Seekers bio. Her social feeds provide lots of pics of the homes she sells, in addition to personal pics that show off her fun personality.