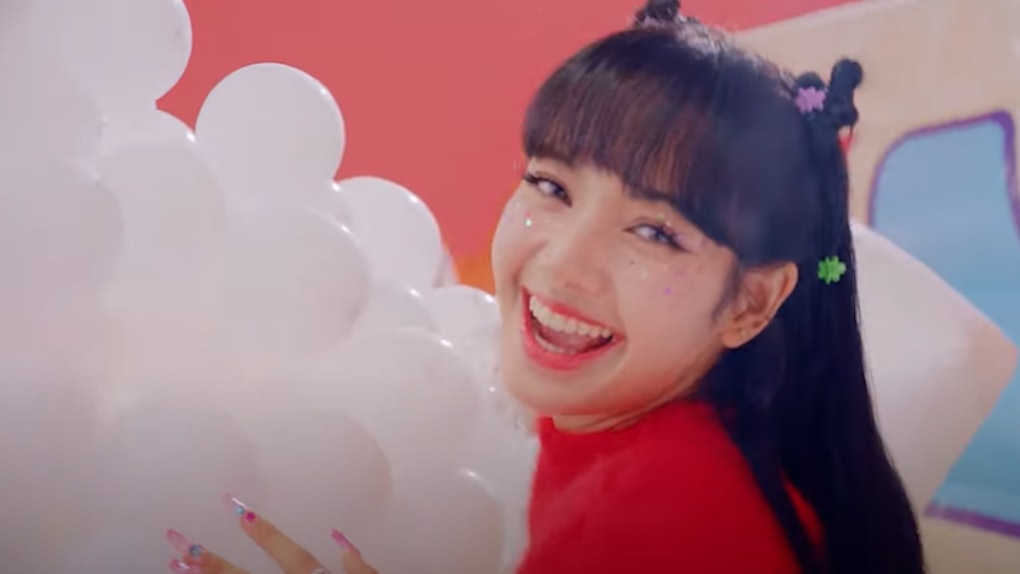 What Does Lisa's Verse In BLACKPINK's "Ice Cream" Mean In English? It's So Fire

BLACKPINK and Selena Gomez just gave fans the collaboration of the year. Their new single "Ice Cream" is so cool it's making fans listen to it on a never-ending loop. With a fun song title like "Ice Cream," BLINKs and Selenators knew they were in for a real treat with this team up. To fans' surprise, the track is mostly in English, except for Lisa's part at the end. For those wondering what Lisa's Verse in BLACKPINK's "Ice Cream" means in English, it's all about knowing your worth.

BLACKPINK and Gomez dropped their highly-anticipated collab on Friday, Aug. 28. The song came after the group's previous single, "How You Like That," which they shared in June. Both tracks will be on BLACKPINK's first full-length album that's coming on Oct. 2, so they serve as a hint for what fans can expect from them later this year.

Along with their new single, BLACKPINK and Gomez gave fans a music video for "Ice Cream." Throughout the clip, the girls had so much fun devouring ice cream, driving around in an ice cream truck, and running around a playground.

In an Aug. 18 interview with Marie Claire Korea, Jisoo told the publication the group couldn't meet Gomez in person for their collab, so they communicated virtually with her instead. With how perfect the music video flowed, you'd think the girls were actually all in the same room together. Watch all the fun go down below.

By far, one of the best parts of "Ice Cream" is Lisa's epic verse, during which she compares herself to art as unique like the famous Mona Lisa painting. She makes it clear she won't ever settle for anyone and the only person she'll accept is an "ice cream man" that will treat her right.

The world play is totally genius and you just have to read it yourself to see how amazing it is.

So fast, you don't want a detour

Millis, Billis every day, night and summer ice on your wrist

Think you fly, boy, where your visa?

Needs an ice cream man that treats her

Think you fly, boy, where your visa?

Needs an ice cream man that treats her (Hey)

Lisa's rap is so fire it'll make "Ice Cream" melt. Honestly, due to her history of delivering such powerful verses, fans didn't expect anything different from her.

More like this
Rosé From BLACKPINK's "Gone" Music Video Is The Ultimate Sad-Girl Aesthetic
By Abby Monteil
What Do BTS' "Film Out" Lyrics Mean In English? They're About A Past Relationship
By Michele Mendez
I Tried Singing While Running Like Miley Cyrus & OMG, My Lungs
By Rachel Varina
Stay up to date