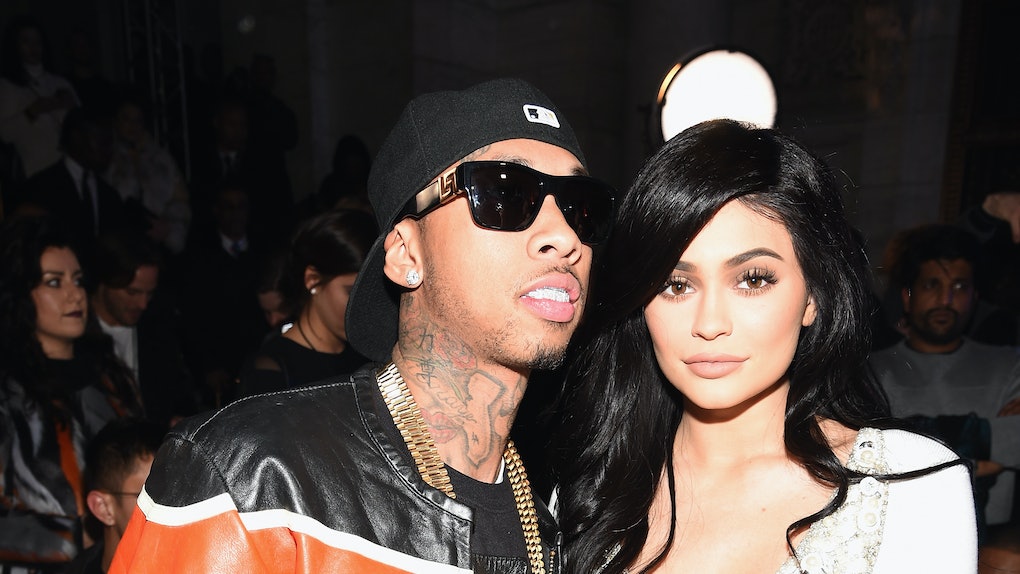 While it doesn't look like he's getting back with ex any time soon, Tyga's reportedly dating Ana Beatriz Boaretto, a woman who looks pretty much exactly like Kylie Jenner. According to TMZ, while their current relationship status is unclear, Tyga and Ana reportedly met through friends back in May and have been seeing each other ever since. (Elite Daily reached out to Ana and a rep for Tyga for confirmation on their rumored romance, but did not hear back in time for publication.) Although the two have reportedly been linked since May, they weren't photographed together publicly until TMZ caught a picture of them leaving Delilah restaurant in West Hollywood on Nov. 16 in Tyga's bright red Ferrari. Most recently, The Daily Mail reported Nov. 19 that Tyga brought Ana along with him aboard a yacht in St. Barts to help him celebrate his 30th birthday.

In addition to bearing a mind-bogglingly striking physical resemblance to Kylie, Ana's also reportedly got some of Tyga's ex's business savvy. While she's not a member of the royal family of Calabasas or a makeup mogul, Ana reportedly has a pretty impressive resumé of her own. According to TMZ, Ana is reportedly "listed as a creative director on Yella Beezy's new music video for 'Restroom Occupied,' which features Chris Brown." Judging by her 37,000 followers on Instagram, she's also got a budding career as an influencer lined up.

Here's one of the many selfies on her profile, in which the resemblance between her and Kylie is legit undeniable:

I mean, c'mon. Compare that picture to this selfie of Kylie and tell me they don't look like they could be fraternal twins:

Oh, and here's the video Ana worked on:

Even though Tyga's been reportedly linked to Ana for months, that hasn't stopped fans from hoping he and Kylie would reconcile. The two have reportedly been spotted out at clubs together multiple times since Kylie split from Travis Scott back in August.

That being said, Kylie shut down those rumors pretty hard with a tweet she posted Oct. 3, regarding claims she met up with Tyga late at night at a recording studio in Los Angeles:

The internet makes everything 100 times more dramatic than what it really is. There was no “2am date with Tyga”. You see me drop two of my friends off at a studio that he happened to be at.

It looks like Tyga has moved on, so I think we're going to have to take Kylie's word on this one.