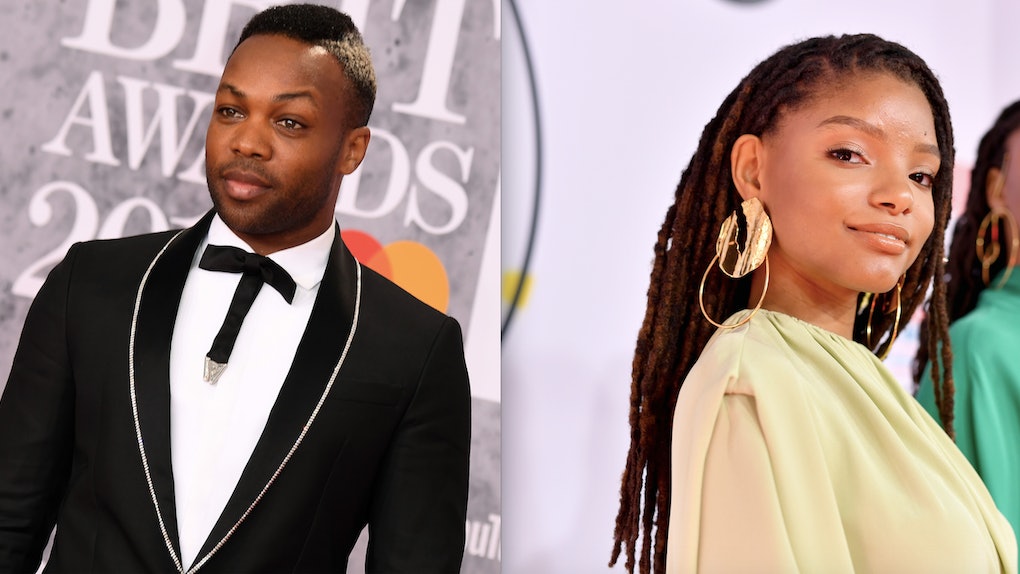 ICYMI, Disney just announced that Halle Bailey will be starring as Ariel in the live-action remake of The Little Mermaid, and needless to say, this news just about shattered the Internet. While many have praised Disney for the colorblind casting choice, others are up in arms about the very notion of a black Ariel. One Hollywood entertainer is so not having the racist reactions, though. In fact, his take is enough to shut the haters down instantly. Naturally, I’m talking about Todrick Hall’s response to The Little Mermaid casting backlash, which he posted on Instagram for all the naysayers to see.

The Instagram, which features a stunning illustration of Halle as Ariel, was posted on Friday, July 5, and there's a lot to unpack. For one, Hall makes an important point about the fact that essentially all non-white races have been historically MIA from Disney films. And as for those traditionalists who are dead set on Ariel having the same iconic fiery mane — well, Hall points out that there’s no reason why Bailey can’t be a redhead in the film. This is 2019, and basically anything is possible with computer-generated imagery.

Here’s the full caption, because TBH, it speaks for itself:

Did you hear that? It’s the sound of deafening applause — because Hall just said what many outraged people have been thinking, but couldn’t put into words.

And then he takes it home with a reference to one simple, yet oh-so-fitting TSwift song title: “You need to calm down.” #MicDrop. The music video for the Pride anthem, which she dropped on June 14, features a slew of LGBTQIA+ celebs — including Hall. Even though there are throngs of protesting homophobes, the stars ignore them and keep living their best lives. Obviously, it’s a fitting message for the recent uproar around The Little Mermaid — all you have to do is replace homophobia with racism.

I’m shook, you’re shook — we’re all shook. Hall also notes that many people were skeptical when Brandy was cast in the 1997 version of Cinderella (which happens to be my all-time favorite adaptation, don’t @ me). And what happened? Oh yeah, Rodgers & Hammerstein’s Cinderella was a smash success. With 60 million viewers tuning in, it was the most watched TV musical in decades, and it was nominated for seven Primetime Emmy Awards.

Fortunately, plenty of celebs and fans have expressed their support for Bailey since the casting news broke.

“After an extensive search, it was abundantly clear that Halle possesses that rare combination of spirit, heart, youth, innocence, and substance - plus a glorious singing voice - all intrinsic qualities necessary to play this iconic role,” said director Rob Marshall in a statement.

Meanwhile, Zendaya tweeted: “Yeeeeessss!! Here for thiiiissss!!” after the news broke, and Halle Berry tweeted, “In case you needed a reminder... Halles get it DONE. Congratulations @chloexhalle on this amazing opportunity, we can’t wait to see what you do!” Mariah Carey tweeted, "Congratulations Halle!! My kids and I are so excited for the emancipation of Ariel." And Janelle Monáe weighed in, too, saying, “PERFECT choice,” and “congratssss Halle my love.”

Hall — a singer, dancer, songwriter, Broadway star, and drag queen who’s choreographed for everyone from TSwizzle to Beyoncé — is certainly no stranger to making powerful statements. He’s known for being ”unapologetically out”, and also fiercely loyal to his A-list besties, including Swift. Basically, he’s the kind of BFF you definitely want in your squad.

So, everyone may not be on board with Bailey portraying Ariel quite yet. But support from such talents as Hall — as well as Bailey's no doubt stunning performance — is sure to render the skeptics speechless eventually. In the meantime, I’ll be over here crying at the mere thought of Bailey belting out, “When's it my turn? … Wish I could be / Part of that world.”

The time has come, Halle Bailey. It's finally your turn.

More like this
Camila Cabello's 'Cinderella': Release Date, Cast, Trailer, & More
By Abby Monteil
Selena Gomez's Horror Movie 'Spiral' Will Be A Dark Look At Social Media
By Cianna Garrison
These Throwback Jennifer Lopez Movies Are Such A Blast From The Past
By Ani Bundel
Stay up to date