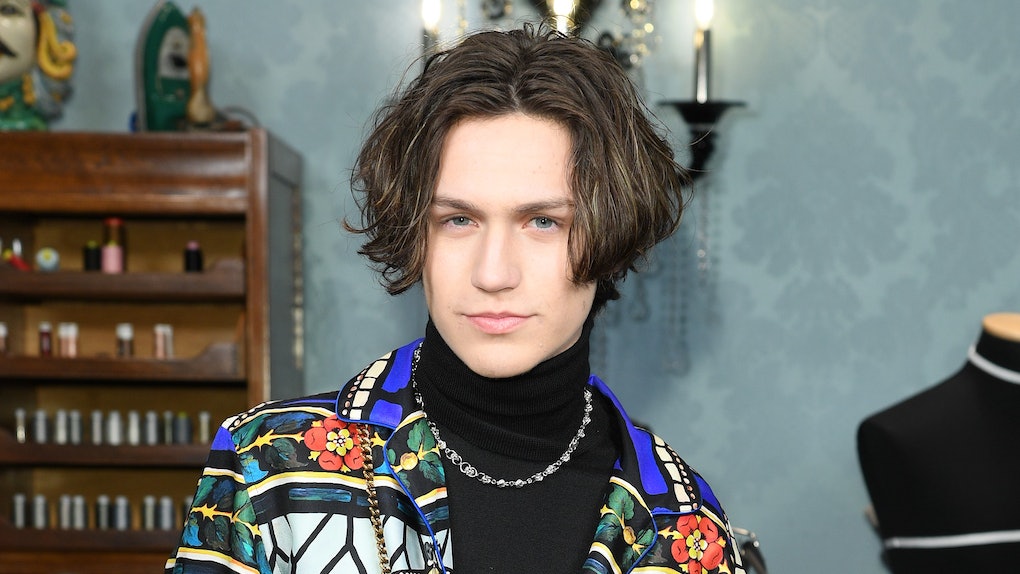 The TikTok world is in shambles right now. The Hype House's Chase Hudson (aka, "Lil Huddy") and Sway House's Josh Richards and Bryce Hall are feuding. For months, there have been rumors flying that the guys' respective TikTok collectives had beef with one another and, while Hall previously denied it, it's now become clear there's definitely some drama. The timeline of Josh Richards, Bryce Hall, and Lil Huddy's feud shows their fight has been a long time coming.

To give you some background info on them, Hudson and fellow TikTok star Thomas Petrou co-founded Hype House in December 2019 as a means to collaborate with other influencers on the platform. So far, it's home to 19 stars, including the platform's most-followed creator Charli D'Amelio, who has been romantically linked with Hudson since November 2019. A few weeks after The Hype House launched, TalentX announced Sway House. Apart from Hall and Richards, the collective includes Anthony Reeves, Jaden Hossler, Kio Cyr, and Griffin Johnson.

With so many different TikTok groups taking over the internet, there's bound to be drama. To find out what exactly went wrong between Richards, Hall, and Hudson, take a look at the timeline of their feud that surprisingly, involves D'Amelio, too.

While all seemed well with everyone in the TikTok world, Richards shared a video revealing Hudson had reportedly unfollowed him, Hall, and Hossler.

"So basically, Chase did something that I found out and it had not been my place to say anything, but I did to someone, and he got mad at me and so that's why he unfollowed," Hossler explained, adding that Hall and Richards defended him, and that's why Hudson reportedly unfollowed them as well. Richards has since deleted the clip, but a fan reuploaded it shortly after. Watch it below.

At this point, everyone thinks there's beef between the two houses, but in an interview on the Zach Sang Show, Hall denied there was any feud.

After Hudson revealed he and D'Amelio were "very exclusive and very into each other" in a Feb. 19 interview with ET, Richards and Hall released their diss track "Still Softish," hinting Hudson was secretly messaging other girls without D'Amelio's knowledge — including, they claim, Richards' girlfriend Nessa Barrett. Hudson and D'Amelio did not respond to Elite Daily's previous request for comment on the lyrics.

"We ain't doing this for the bands/ We doing this just to tell all your fans/ You still be f*cking with girls/ Telling people Charli's your world?" Hall raps in the song.

Hear the duo's diss track below.

A few days after surprising fans with their diss track, Richards explained on Twitter the feud with Hudson was over and the song was meant to be his last say on the situation.

"Nick Austin FT me and told me chase tried to reach out, told the bud we could talk. He apologized and the disstrack [sic] was a suppose to be my last voicing on the situation anyways. We arent [sic] boys like before but we thought the most mature thing to do was put the history behind us," he wrote.

Since fans were still confused about what went down between the trio, Hall and Richards posted a video explaining the situation in detail, revealing Hudson had called them a while back to make things right. "He wanted to reach out and just kind of settle things, and I was like, 'You know what, that's mature,'" Richards said.

Since they didn't want things to be awkward anymore between the two houses, they decided to put their drama in the past.

Watch Hall and Richards address their feud with Hudson below.

Although it seemed Hall and Richards patched things up with Hudson, Hall's social media posts said otherwise. When Hudson tweeted that he only "love[s] one woman," Hall quipped back, "The only lie I see is this tweet."

"Why would we make a whole diss-track to just spit lies? That kinda defeats the purpose of a 'diss' track... otherwise it would jus be a lie-track. no fun," he added.

To be honest, it's hard to label the trio's current relationship since they constantly go back and forth throwing shade at each other. At this rate, fans should keep their eyes peeled in case Hudson decides to release a diss track of his own.