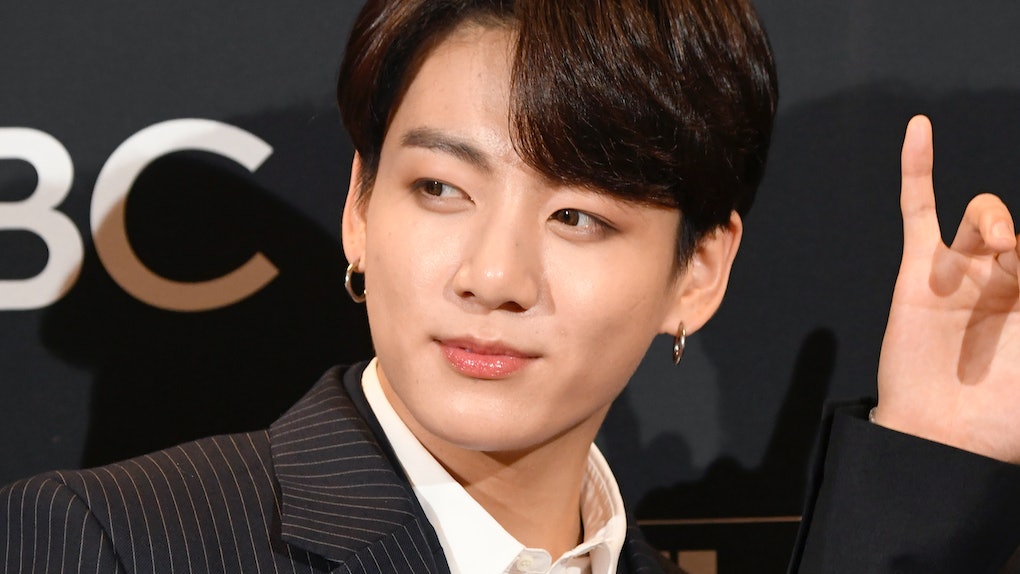 Guys, it finally happened. BTS has returned to performing again! On Oct. 11, the group kicked off the final leg of their Love Yourself: Speak Yourself tour by performing at the King Fahd International Stadium in Saudi Arabia. It not only marked BTS' first Love Yourself: Speak Yourself concert in three months, but it was also the first time BTS performed in Saudi Arabia. To celebrate the occasion, fans were able to stream the whole concert on VLIVE in real-time. The concert had a lot of surprises throughout, and one part that fans couldn't get over was BTS' new looks, especially Jungkook, who showed off long hair and tattoos for the first time in concert. The videos of Jungkook dancing with long hair and tattoos will totally give you the feels.

Fans have been eagerly anticipating the day when BTS would return to the stage again. On Aug. 11, Big Hit Entertainment revealed that after six long years of working hard nonstop, BTS would go on an "extended period of rest and relaxation" for the first time. The company confirmed the break was just a "vacation" and that BTS would be back to performing in no time. Although some haters spread the rumor that BTS was breaking up, the BTS ARMY knew the break was really just a vacation, since the guys had a concert planned in Saudi Arabia on Oct. 11, and then concerts in Korea on Oct. 26, 27, and 29.

Now the BTS ARMY can say, "I told you so," because BTS is back, baby! Their concert in Saudi Arabia was one for the books, as fans from all over the globe tuned in to BTS' concert livestream on VLIVE. As the guys performed, the BTS ARMY couldn't stop raving about their favorite moments on Twitter, including Jungkook performing with his long hair and tattoos (that ARMYs had been raving about for weeks already) for the very first time.

Before you watch the clips below, brace yourself, because they are the best videos you will ever see. OK, are you ready?

Watch Jungkook dancing and singing with his long hair and tattoos below.

Um, excuse me, Jeon Jungkook, who allowed you to do this? Let me tell you, this guy knows exactly what he's doing to fans' hearts right now. Did you see the way he moved his hand to push back his hair? Y'all, he had to do that on purpose, right? Jungkook wants us to swoon over his amazing tats and gorgeous long hair, doesn't he?!

Let's just take a second and watch that clip again:

I have one word to describe this video: ART.

Fans saw Jungkook's ink for the first time on Sept. 16. That day, BTS was at Incheon International Airport and while Jungkook was waiting around, he moved his hand towards his face to move his hair out of the way, and for just a split second, fans saw what appeared to be an ARMY-inspired tattoo. Since then, Jungkook hasn't talked about the tattoo at all, but I'm guessing he's OK with fans seeing it now since he just debuted the ink for the whole world to see at BTS' Saudi Arabia concert, which was livestreamed worldwide.

BTS still has a few concerts left as part of their Love Yourself: Speak Yourself tour. They will be performing in Korea on Oct. 26, 27, and 29, so fans should expect to see Jungkook's long hair and tattoos again very soon! Honestly, I don't think I'll ever get used to it!