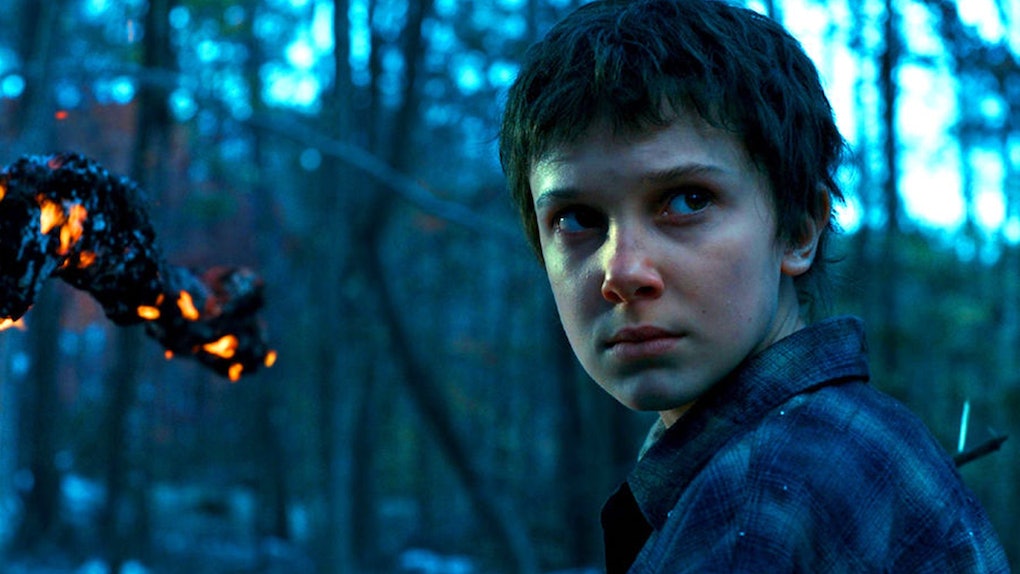 The 'Stranger Things' Season 3 Premiere Date Has Been Announced, So Get Ready For A Spooky Summer

Not everyone has a positive outlook for 2019, and hey, that's understandable. We've been burned before, as we did have high hopes last New Year's. But hey, I don't meant to be a Negative Nancy. With all of that being said, there was some really good TV on all year long, and that counts for something, right? And since the Stranger Things Season 3 premiere date has been announced for summer 2019, it just so happens that we're in for more great TV. So let yourself have a little sigh of relief here for the fact that, even if the year doesn't turn out to be that great (I'm keeping my fingers crossed, though), we can at least curl up in our sheets and watch our favorite scary AF Netflix series.

Yes, while summer might seem oh so far away right now, particularly for those of us in cold climates, you might want to start counting down the days until July 4, 2019, when Stranger Things will be back with Season 3, according to The Hollywood Reporter.

And BTW, it was just so quintessentially Stranger Things the way Netflix dropped the news about the show's Season 3 premiere date, the announcement of which happened just moments before midnight on New Year's Eve. There have been a few teaser announcements in the last several months about the show's new season, but IMO, the best and most creative came on New Year's Eve, in the form of a news broadcast:

And, of course, it's just as ridiculously retro as you would imagine it to be, because apparently the ball was made to look like a massive glowing red apple that year? Sure, why not.

But I digress, as of course the Stranger Things announcement footage was also replete with weird, muted alien sounds, bizarre edits to a very '80s-looking mall commercial, and lots of static, just to completely creep you out — which is, after all, why we love the show as much as we do.

Things took a really major turn for the scary in the streaming giant's teaser trailer when the footage of the 1985 ball drop git totally messed up just as the crowd gasped in awe. It looks and feels as though aliens have indeed entered the TV, and perhaps have even taken over the whole world, and nobody is or will ever be safe again. Guys, my heart just started beating really fast — is your heart going wild, too?

The spooky announcement leaves us with one statement after setting off literal and figurative fireworks in the parting shots: "One summer can change everything." Chills. Chills all over my skin, y'all.

So, what on Earth (and beyond) will Eleven (Millie Bobby Brown), Mike (Finn Wolfhard), and Will (Noah Schnapp) be getting up to this summer? Well, plenty, if the trailer has anything to say about it. But we can only guess.

Oh yeah, and as a little added bonus, Netflix also released some really gorgeous new poster art for the upcoming third season of Stranger Things. As you can see in the poster, in the midst of a display of July 4 fireworks, a very gross, spidery-looking alien creature appears to be creeping up big-time from behind, and Eleven does not look too excited about it.

The mayhem awaits us, my friends.

More like this
15 'Schitt's Creek'-Inspired Mother's Day Cards On Etsy For The Moira In Your Life
By Rachel Chapman
'Selena: The Series' Part 2: Netflix Release Date, Trailer, Cast, & More News
By Dylan Kickham
Who Is Cleo On 'Outer Banks'? Carlacia Grant Is New To Season 2
By Ani Bundel
Stay up to date