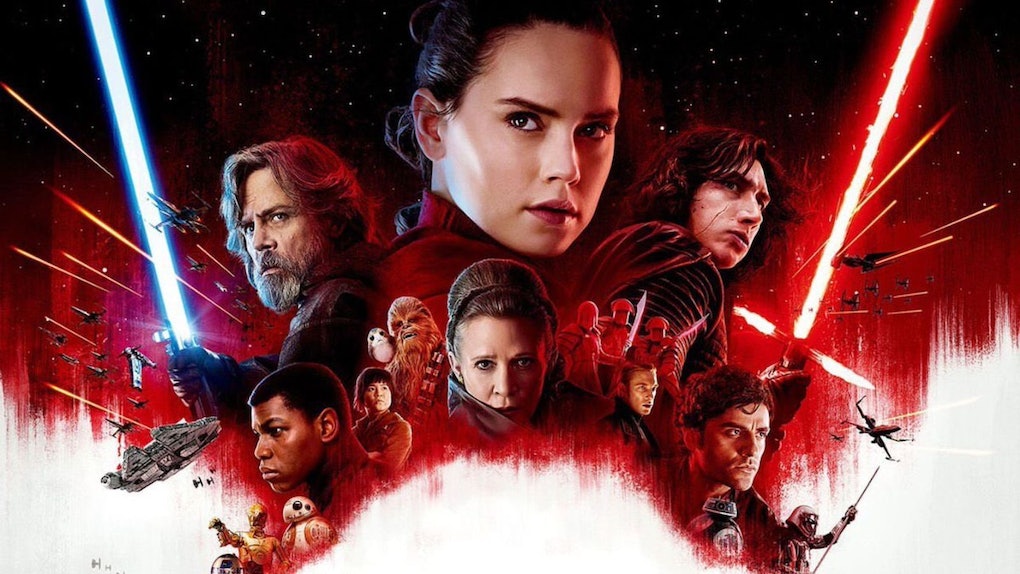 The 'Star Wars' Character You Are, Based On Your Zodiac Sign

The first Star Wars may've been released way back in 1977, but it's apparent that its star power is as strong as ever. With the popularity of The Mandalorian and the release of Star Wars: The Rise of Skywalker, there's no indication the hype is going to die down anytime soon. And why should it? The Star Wars universe is so rich and complex, there could never be enough stories that take place "a long time ago, in a galaxy far, far away." I may be an astrology nerd, but I'm definitely a Star Wars nerd too, which is why it's time to settle the Star Wars character you are, based on your zodiac sign.

Star Wars is more than an exquisitely detailed and mind-blowing alternate universe you'll never get tired of exploring; it's also home to a cast of vivid characters that linger in the memory of generation after generation. What's better than discovering which Star Wars character you resemble most, according to your zodiac sign? For example, I'm definitely a Princess (slash General) Leia sun, a Yoda moon, and a Baby Yoda rising. Sure, I may look like an innocent, big-eyed baby alien, but I'm also as feisty, whip-smart, and clever as Leia. However, deep down, I'm just a wise, sleepy, and cranky Jedi master.

So, which Star Wars characters best resemble you? Read on to find out:

Luke Skywalker has always known he was meant for greatness. Bold, rebellious, and impulsive like an Aries, Luke could never settle for a predictable life on Tatooine. Instead, he became a legendary Jedi and joined the Rebel Alliance. An Aries always gets what they're fighting for.

Rey is headstrong, stubborn, and incredibly dependable, which basically means she's a Taurus to a T. Her sense of right and wrong is impeccable and nothing can tempt her to the dark side. She is fiercely protective of her loved ones and a Taurus never gives up on a friend.

Geminis are clever and adaptable. Because Princess Leia can go from being dignified and royal to a rebel fighting in the trenches, she exudes Gemini power. Like a Gemini, she's quick-witted and she always has a perfectly timed comeback, especially when arguing with Han Solo.

Cancers are mysterious, yet innocent and sweet. Does that describe Baby Yoda or what? Even though Cancers may look soft and cuddly on the outside, their appearances can't mask the fact that they're incredibly powerful. When you see Baby Yoda in action, you know that power is limitless.

Leos shine bright like the sun, so it makes sense that Leos are famous for their optimistic view of life. Like a Leo, Rose refuses to give up hope. Rose even exudes a Leo's immense loyalty, as she never leaves her friends behind, nor would she betray the Rebel Alliance.

Virgos are resourceful and resilient. They're able to use their intelligence to survive anything, which is exactly what Finn does after he was stolen from his family to serve as a soldier for the First Order. He could have been the best Stormtrooper, but his quiet patience helped him escape that fate.

At their core, Libras are diplomatic people who are always striving to bring those who've done wrong to justice. Not only is Padmé Amidala literally a diplomat, but she never gives into extremes. Wherever she goes, a sense of balance and harmony follows.

Scorpios are inevitably tied to the underworld and it's clear Obi-Wan Kenobi is a Scorpio when he reaches his most powerful state after his death. Obi-Wan also represents a Scorpio's deep loyalty. His force ghost appears when Luke needs it most, guiding him away from darkness.

Han Solo simply cannot be tamed. He's reckless, irritable, and he answers to no one but himself. Being tied down sounds like Han Solo's nightmare. Sagittarius is the zodiac sign of freedom and adventure, so what other sign could the captain of the Millennium Falcon be?

Poe is the most ambitious and driven pilot in all of the Rebel Alliance. In fact, his instinct to get the job done frequently puts him at odds with authority figures. Everyone knows a Capricorn would rather be the boss than have to answer to the boss.

You can always spot an Aquarius by the way they stand out in a crowd. This zodiac sign always goes against the grain and values their independence above all. It's clear the Mandalorian is an Aquarius. Hello, he rescues — and takes care of — Baby Yoda, even though it goes against the will of his people.

Meditative, strange, and connected to the spirit realm, Yoda is a Pisces through and through. This old soul has all the answers of the universe and has wisdom to share, as long as his student Luke Skywalker is willing to listen.