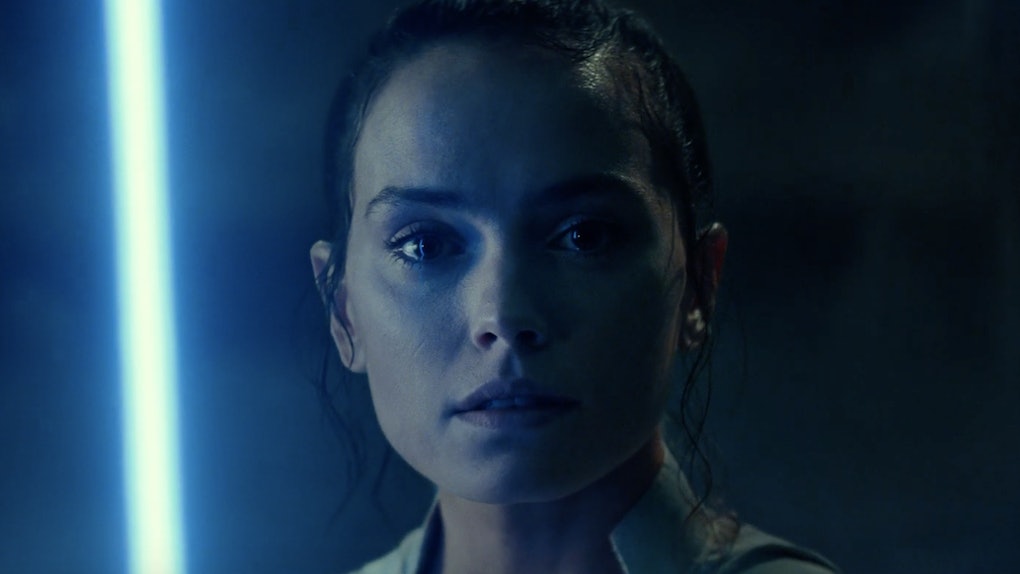 Will 'The Mandalorian' & 'Star Wars: The Rise Of Skywalker' Crossover? Let's Discuss

The launch of Disney+ opened up the way the House of Mouse does business, bringing change to a company that's been around for nearly 100 years. After decades of keeping their biggest films in a vault to create supply and demand, for the first time, all the Disney classics are at the fingertips of fans. But more importantly, franchises that have heretofore not done live-action tie-in TV series, like Lucasfilm, have begun to experiment. The Mandalorian, the first Star Wars live-action series, is a huge hit. But will The Mandalorian and Star Wars: The Rise of Skywalker crossover? Fans think it might. Warning: Spoilers for The Mandalorian follow.

The Mandalorian isn't just the first TV series Lucasfilm has done that's not a cartoon. It's also the first set in the period after "The Age of the Rebellion," which encompasses the years between Solo: A Star Wars Story and sometime after the events of Return of the Jedi. Up until now, all the TV spin-off series, including Star Wars: The Clone Wars and Star Wars: Rebels have all taken place either during "The Age of the Republic" (the prequels) or in the very early years of The Age of the Rebellion, pre-Rogue One.

That means whatever happened in those TV series happened decades before Star Wars: The Force Awakens and most of those involved would either be dead and gone or old and retired.

But The Mandalorian is different. Set 10 years after the events of Return of The Jedi, and a decade or two before the current run of movies, it has far more ability to affect the events to come.

And especially because one of those characters is very young.

That's right, the "Baby Yoda" character from The Mandalorian has fans convinced there's a new Jedi Master in town. In another couple of decades, they might even be old enough to handle a lightsaber.

In The Mandalorian "Chapter 2," fans began to get to know the bounty hunter's charge, as the two of them struggled to get off the planet. The Mandalorian doesn't know what to make of this 50-year-old baby he is ferrying about. But the Baby Yoda knew what was up. When the Mandalorian was hurt, they climbed out of their cradle and waddled over to try to use the Force to heal their new friend. And when a Mudhorn Beast was charging, Baby Yoda picked the animal up and saved the Mandalorian's life.

Baby Yoda hasn't been in the first two of these "Age of Resistance" Star Wars films. But then again, most of those have been set in the enclaves where the Resistance is hiding, or where Luke has isolated himself. But with the final dregs of those who opposite the First Order homeless on the Millenium Falcon and looking for a safe haven, this new Jedi-in-training might have an attractive hideout.

And with Rey looking for others to stand and fight alongside her, another Force wielder like a Young Yoda would be a helpful companion indeed. Perhaps the tables will turn, and Rey will be the master, teaching a Young Yoda the ways of the Force.

More like this
Here's How To Stream 'Nomadland' So You Can Finally Get The Hype
By Rachel Varina
Is Netflix Making A 'To All The Boys' Spinoff Series About Kitty? Here's The Tea
By Rachel Varina
Who Is Eli Bradley? 'The Falcon & The Winter Soldier' Brought In A Young Avenger
By Ani Bundel
Stay up to date