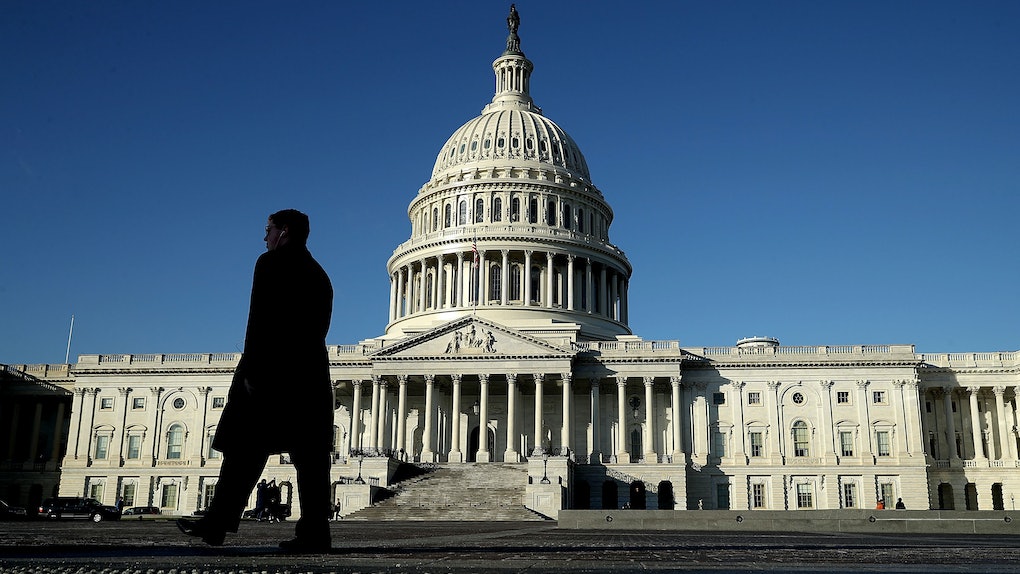 The GOP Tax Bill Passed Congress, So Here We Are

After much back and forth, just after midnight on Wednesday, Dec. 20, Congress finally passed its first piece of major legislation under President Donald Trump. After midnight, the Senate passed the Republican tax reform bill by a vote of 51 to 48. The vote came after weeks of intense discussion about the effects the bill would have on the American economy.

The bill was passed more or less along party lines. As a group, Democrats voted against the bill, and Arizona Senator John McCain, who returned home to Arizona to recover from treatment for a brain tumor earlier this week, missed the vote. The bill squeaked through with 51 votes, coming from Republicans. No Republican voted against the bill, and no Democrat voted for it.

Earlier on Tuesday night, the bill also passed the House of Representatives by a vote of 227-203, sending it to the Senate for what appeared to be a final vote. But the GOP encountered a snafu when Senate Democrats said that three pieces of the bill were in violation of Senate rules, meaning that after the bill passed the Senate it would have to go back through the House for a second vote, as both chambers of Congress must pass identical versions of the bill. The House is expected to vote on the bill again on Wednesday, but it's mostly a formality at this point.

Before the bill passed, it was heavily criticized for both how haphazard it was and its predicted effects.

The plan was discovered to be full of loopholes and errors due to the speed of its drafting, including one mistake that would have cost over $250 billion and undermined the whole point of the bill, according to Slate. And when the bill first made it to the Senate, lawmakers (and social media users) were dismayed to find that the version of the tax bill they had been given was covered in scribbles in the margins, and impossible to read.

The bill also came under fire for who it is projected to help and harm, respectively. The tax bill is overwhelmingly predicted to help the wealthy — corporations and those earning more than $200,000 a year are the top beneficiaries, according to The Los Angeles Times, with about 70 percent of the benefits of the tax bill going to corporations. And the nonpartisan Congressional Budget Office (CBO) found that though low and middle class earners could see benefits in the short term, over the next ten years, workers making less than $100,000 a year would actually see increases in their taxes. Moreover, the tax bill's repeal of the individual mandate requiring that people buy health care would result in higher premiums and almost 13 million fewer people with health insurance, according to the same CBO report.

There's also the fact that it is predicted to add a staggering $1.5 trillion to the federal deficit. And that's best-case scenarios — so let's not even think about worst-case.

It's Donald Trump's first major legislative victory since he took office on Jan. 20 of this year. Despite his campaign promises, an attempted repeal of the Afforable Care Act (ACA, also known as Obamacare) fizzled out back in July, when Sen. John McCain dramatically broke ranks with Republicans to vote "no" on the repeal, joining Susan Collins of Maine and Lisa Murkowski of Alaska. (Both Collins and Murkowski voted "yes" on tax reform, while McCain missed the vote.) Meanwhile, Trump's attempts to put a Muslim travel ban in place have been met with fierce opposition, and despite a recent ruling that a ban can temporarily go into effect, the verdict is literally still out on that. And for all Trump's talk of building a border wall with Mexico, it seems easier said than done.

So what now? The bill is going back to the House for a vote on Wednesday morning, and then heading to the president's desk for a signature in the next few days. And then, tax reform will be law.