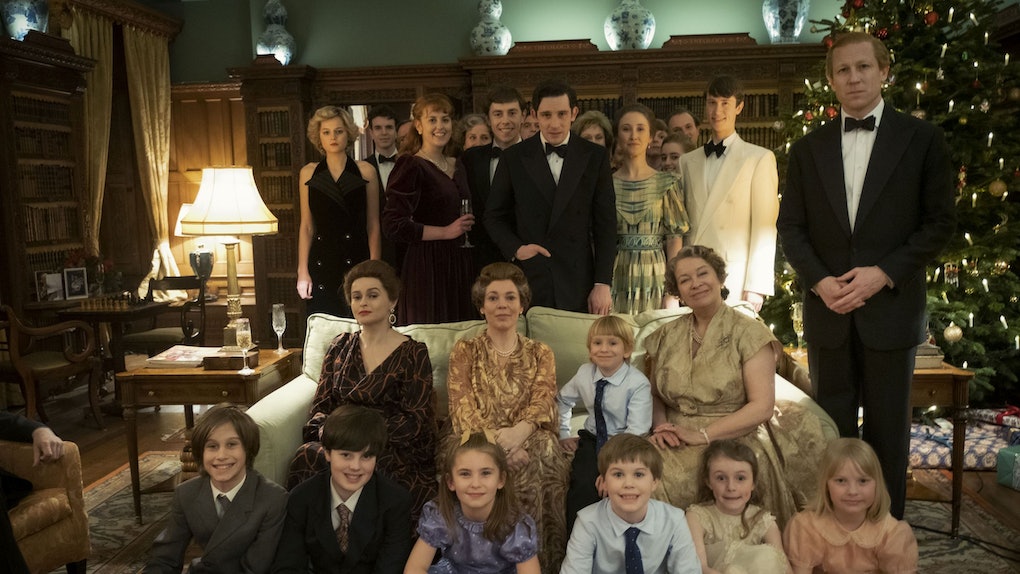 Season 4 of The Crown was the biggest hit of the series so far. After covering the 1950s, '60s, and '70s, the series reached the 1980s and Princess Diana's wedding to Prince Charles. Their disastrous marriage was always anticipated to be a highlight of the series, but watching the Palace recreate the same mistakes made with Margaret and the royal family fail Diana on multiple fronts was riveting television. The season ended as the family heads into the '90s and the famous royal divorce, leaving fans desperate for more. The good news is, The Crown Season 5 is in the works, and there's a good amount of info about it — including the cast and plot details — already out there.

The Crown is quite possibly the most ambitious show in Netflix history. Conceived as a six-season, 60-year historical dramatization of the UK's current ruling monarch, Queen Elizabeth II, the original plan was to go from 1948 to 2012. In the last year or so, that plan has been altered slightly to cover from 1948 to the turn of the millennium. But the ambition remains the same: Telling the story of the Second Elizabethan Age before it draws to an end.

With two more seasons to go, fans still have a lot more of The Crown to look forward to. Here's everything we currently know about the next season:

Unlike almost every other show on TV (or Netflix), it's already known how long The Crown will last. The series was greenlit for all six seasons, 60 episodes, sight unseen, back in 2014, when Netflix first announced the series.

The Crown was the first show in history given a full six-season order out of the gate. (Other shows may plan to run six or seven seasons but aren't guaranteed them.) The Crown's creator, Peter Morgan, considered not using all six seasons at one point and ending with Season 5. But in the end, he went ahead with using all the episodes allotted.

Fans will be delighted to learn the series is well underway in preparing to get into these last two seasons. Like Seasons 3 and 4, the final two seasons are expected to be filmed back to back. According to Variety, producers confirmed principal photography begins in July 2021.

Season 5, therefore, is the beginning of a whole new cast. Imelda Staunton (Harry Potter) will take over the role of Queen Elizabeth II; Jonathan Pryce (Game of Thrones) steps into the part of Philip; and Lesley Manville (The Phantom Thread) is the final Margaret.

As of this writing, the next generation down is still being cast. The only role confirmed so far is Diana, who will be played by Elizabeth Debicki (Tenet). Though there has been no formal announcement, producers confirmed to Variety that Dominic West (The Wire) is set to take over Charles' role. There is no word on who will play Anne, Camilla, Andrew, Fergie, or Edward — nor has there been an announcement of who will play young Will and Harry.

But Season 5 and 6 will slow things down. Despite there being quite a bit of drama for the royal family in the 21st century, Morgan has decided these events are still too recent. So instead, the final two seasons will both cover the 1990s, with Season 5 chronicling Charles and Diana's divorce and Season 6 retelling the story of Diana's death and the fallout experienced by the royal family in her wake.

Though history is an excellent guide for what fans can expect in the next season, there's still a lot from which Morgan can pick and choose. The show zagged before when viewers thought it would zig. For example, fans assumed Season 3 would cover Anne's wedding and her Olympic competitions; instead, it chose to dramatize Edward VIII's passing.

Morgan has already said he will not touch "Tampongate" in Season 5, even though it was a famous incident during Charles and Diana's divorce proceedings. That makes it an open question of what parts of the 1990s will make it into the series. Will he bring back Townsend, who died in 1995, and Margaret's final trip to see him? Will he cover Elizabeth II's address to the U.S. Congress after the Gulf War? Will he show the egg-throwing incident during Elizabeth's visit to Germany?

Or, will The Crown Season 5 be all divorce all the time? Both Princess Anne and Prince Andrew divorced their spouses in the early 1990s as well, so there's plenty to go around.

The Crown accidentally took a year off between Season 2 and 3 due to the difficulties of recasting such a large ensemble. It skipped airing altogether in 2018 and then filmed Seasons 3 and 4 back to back to make up for it.

This time, having already done this once, the show has built the gap year into its plans. As of now, Netflix plans to debut Season 5 in late 2022, with Season 6 to follow in 2023.

This article was originally published on November 19, 2020