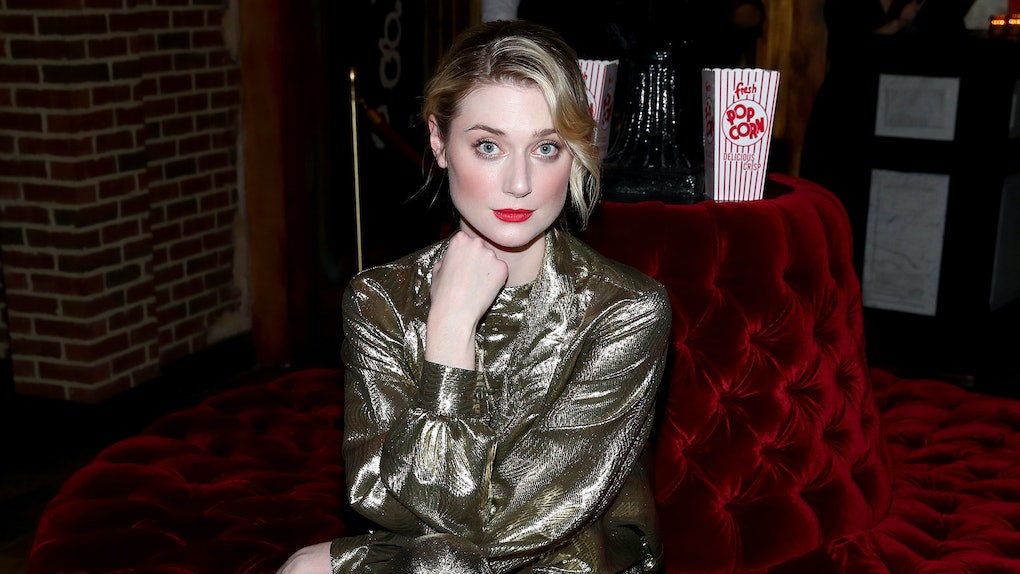 Who Is Elizabeth Debicki From 'The Crown'? Here's What We Know About Her

The Crown's final seasons continue their march toward casting perfection. The central trio of Elizabeth, Phillip, and Margaret is already a hat trick of British all-star talent, played by Imelda Staunton (Harry Potter), Jonathan Pryce (Game of Thrones), and Lesley Manville (World on Fire), respectively. Now, the show has moved to the next generation down, with Elizabeth Debicki cast as the series' final Princess Diana. But unlike her counterparts, fans might not recognize the name right off the bat. So, who is Elizabeth Debicki from The Crown? Fans can bet she's going to make an impressive Diana.

In a non-pandemic universe, people would instantly recognize Debicki's name, as she would have just made her A-list debut as the lead role in Christopher Nolan's delayed movie Tenet. But even before this, she was already in major films, co-starring in Widows alongside Viola Davis. She was also in the Guardians of the Galaxy films as Ayesha, the Golden High Priestess of the Sovereign; fans will remember her as the tall, gold-skinned woman who hires the Guardians at the beginning of the sequel and then turns on them when Rocket steals a bunch of her batteries.

Part of that description — "tall" — could be what people know about her the most. Debicki is 6'3", which is exceptionally tall for a Hollywood actress. Films like Widows and Guardians leaned into the physical attribute, but fans of Debicki have noted (loudly and angrily) how Hollywood marketing seems to have a problem with it, leading to the meme "Let Elizabeth Debicki Be Tall, You Cowards." (Seriously, there are T-shirts.)

For those fans, this casting is delicious, because Lady Diana Spencer was one of the tallest of the Windsor family — she was 5'10", as is Prince Charles. It led to most of her time in the royal family being spent in flat shoes so she would not make the future king look short in photos (ugh). But when she did wear heels, she fabulously towered over the entire clan.

While some fans assume Charles and Diana will take center stage starting in Season 4 of The Crown, that's not exactly accurate. The story is about "The Crown," aka Elizabeth and her relationship with others, be it Winston Churchill or Princess Margaret. Both Season 3 Charles-centric stories — his investiture and his relationship with Camilla — were more about Elizabeth's response to his behavior than they were about his story.

There's no reason to assume Diana's storyline will not be the same. Played against Staunton (who at 5'0" is four inches shorter than the real-life monarch she plays), the sense of her towering over a queen who cannot bring her to heel all but promises The Crown plans to let Elizabeth Debicki be tall.

Meanwhile, The Crown Season 4 (which will introduce Diana as played by Emma Corrin) is expected to arrive on Netflix later in 2020.

More like this
These Tweets About Beyoncé On Netflix's 'Selena: The Series' Are Too Much
By Dylan Kickham
This 'Stranger Things 4' Theory About Eleven's Past Is Super Dark
By Ani Bundel
'Shadow And Bone' Star Jessie Mei Li Can't Stop Watching These Niche YouTube Videos
By Abby Monteil
Stay up to date