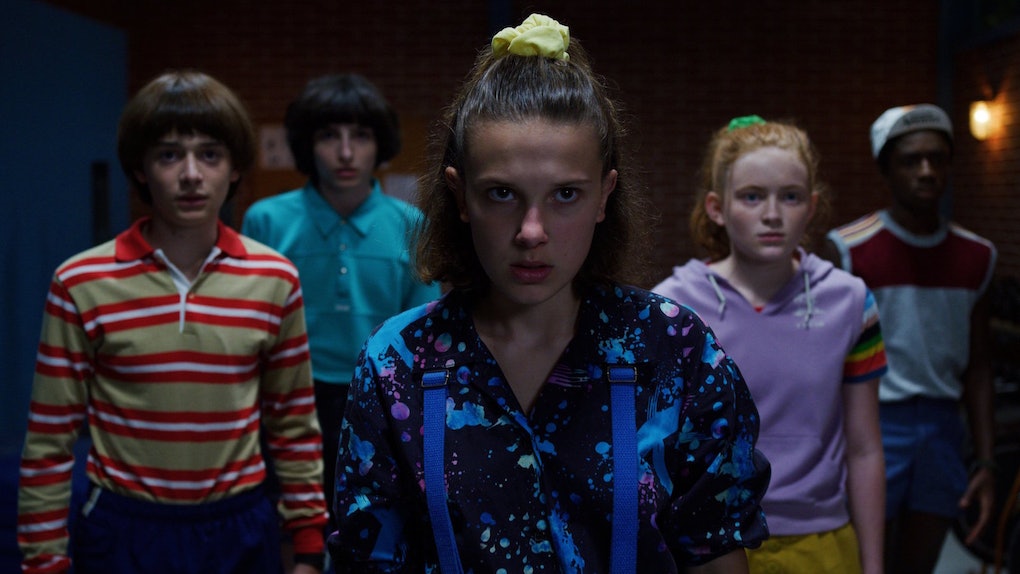 The new report comes from the site We Got This Covered, which claims that a "very reliable source" has confirmed that Season 4 of Stranger Things will be its last. Despite the show's massive popularity, most fans have already assumed that Stranger Things would likely end sometime soon. After all, the central premise of the series is kids in the '80s battling monsters, and the main cast of young actors is growing up fast. There was even a fair bit of speculation that Season 3 could possibly be the final season due to where it left all the characters, but a winky mid-credits scene in the finale teased another season on the way.

The show's executive producer Shawn Levy also teased that Stranger Things was nearing its end last year, promising that Season 4 would definitely happen but anything beyond that was up in the air. That sentiment seems to make this rumor all the more believable, along with the fact that the show would have to keep ramping up its stakes, which feels difficult after the cataclysmic third season.

Spoiler alert: The rest of this post includes spoilers from throughout Stranger Things Season 3. The final moments of the newly released third season also seem to be clearly setting up the show's endgame. At the end of the season, the Byers family and Eleven moved out of Hawkins, the gate to the Upside Down had once again been closed, and Hopper appeared to die saving the town. However, an extra scene seemed to reveal that Hopper may be alive after all, and is possibly being held in a Russian prison, as two guards mention "the American" in one of the cells.

The Duffer Brothers have also teased that their plan for the fourth season focuses on the characters using portals to travel to places outside of Hawkins. This teaser has major implications in regard to the theory that Hopper actually survived the explosion, since many fans guessed that he might have used the gate to the Upside Down as a portal to Russia, where he was then arrested. If these portals are going to be a big part of Season 4, then it sounds like fans might see the kids go on a rescue mission to free Hopper from his Russian captivity.

And if the rumors about Season 4 being the last hoorah for Stranger Things are correct, then fans can expect to finally get some real answers about the Upside Down next season as well, before viewers have to say goodbye to Eleven and friends for good.

More like this
This 'Stranger Things 4' Theory About Eleven's Past Is Super Dark
By Ani Bundel
'Sweet Magnolias' Season 2: Netflix Release Date, Cast, Trailer, & More
By Dylan Kickham
Netflix Canceled 'The Irregulars' After 1 Season & Fans Are NOT Pleased
By Ani Bundel
Stay up to date