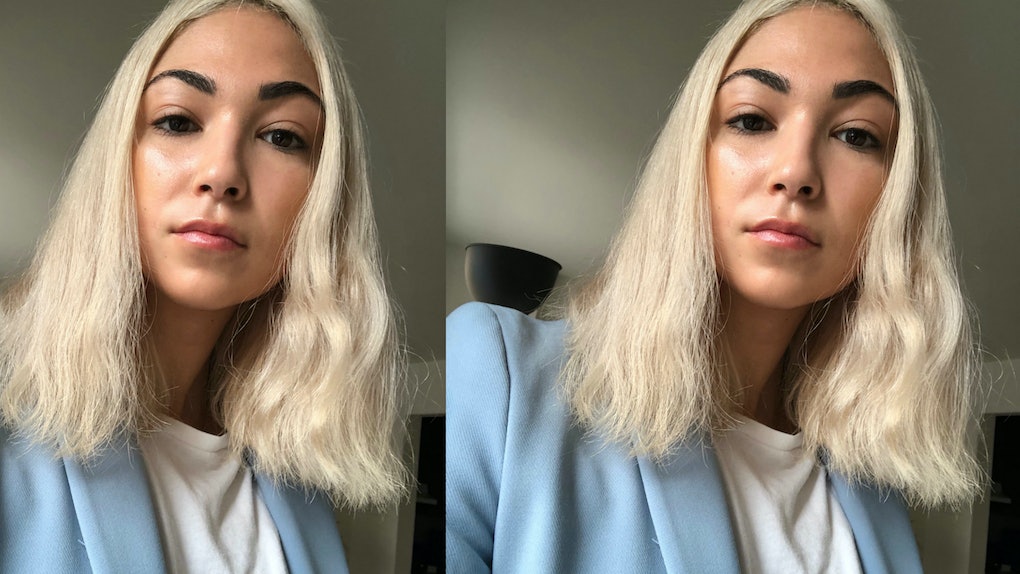 Speaking Up During Sex Isn't Always Easy, But Here's Why It's Worth It

If I had a dollar for every lousy sexual encounter I had in college, I would be writing this essay from a private island off the coast of Greece. For years, I was afraid to take command of my own body — to communicate my desires and needs. Speaking up during sex always seemed somewhat scary to me; I didn't want to intimidate or offend my partners. But one conversation in between the sheets changed my perspective for good, and now, I'm growing a little louder everyday.

I wasn't always this confident. Let's see — there was that guy my freshman year of college who could only "make love" when there was EDM playing in the background. I didn't have the guts to tell him that I couldn't focus on making out with him when "Fade Into Darkness" was blasting in the background. So, instead, I just went with it — following his lead as he attempted to climax to the drop.

What about the boy I met at a house party my sophomore year, who convinced me that the sex would be "so much hotter" if we were at risk of being caught by the rest of the party guests? There was one problem with this logic — all of the bedroom doors in the apartment were locked. Thus, he persuaded me to, uh, bump uglies on the bathroom floor. The worst part? The apartment was occupied by four boys. Need I say more? The hookup only lasted about seven minutes — but even years later, I regret not demanding we take our business somewhere more private (and less disgusting).

While all of these sexual encounters had been consensual, they had never included any discussion of my boundaries. Due to this lack of conversation, so many of my partners that just didn't understand my body — grown men who thought my clitoris was inside my vagina, or who insisted on nibbling my ear because their "ex-girlfriend used to love the way it felt." Ew. Even though I am years out of college and able to reflect upon that time in my life with a grain of salt and a bit of humor, I am still haunted by one question: Why didn't I speak up? I now realize that because my sexual partners had never asked me what I wanted out of our shared experience, and instead of asking them in return, I remained silent. I was afraid of exploring what turned me on, and more focused on satisfying the needs of my partners. I had no idea how to go about speaking up during sex, even a request as simple as, "Actually, a little bit to the left."

As it turns out, I was not alone. According to, Sunny Rodgers, a clinical sexologist and certified sex coach, sexual anxiety can be all too real. "Clients I speak with have shared with me that they don’t want their partners to judge them for their sexual desires in case their partner thinks their request is strange or out of character," Rodgers told Bustle. "A few others feel intimidated about sex in general and can’t fathom discussing it with their partners. People will avoid talking to their partners about what they want in bed because they fear embarrassment and/or rejection."

Additionally, there are larger gender dynamics at play to consider. A 2012 study published by the American Sociological Association (ASA) surveyed 15,000 college students and discovered that the orgasm gap was larger in hookup sex than in relationship sex. Another 2014 study published by the International Society for Sexual Medicine (ISSM) discovered similar results: Of the 3,000 surveyed single women and men in the United States ranging from 18 to 65 years old, women said they had an orgasm 63 percent of the time, and men said 85 percent of the time.

As I read these results, I can't help but wonder: How interconnected is the orgasm gap to the fear of speaking during sex? Perhaps this phenomenon exists because of the larger sociological context: The fact that women are systematically raised to act more submissively than men — to please, rather than to demand respect. To ask politely, instead of asserting themselves. But by adopting this attitude, women are limiting their own sexual experiences — leaving pleasure up to chance rather than a certainty. In fact, during senior year, I came to my own realization that my desire to please those around me was profoundly inhibiting my own pleasure. My silence was rendering me powerless, so I made decision to speak up in an attempt to take my power back.

It was the very beginning of October, when the autumn leaves are at their most beautiful before they give into the harsh realities of the winter cold. I could see them peering out at me from the bottom-right corner of my new partner's windowsill. We had been seeing each other for a couple months, and while the sex hadn't been bad, per se (no aggressive ear-biting, electronic music, or dirty toilet seats, T-god), it still wasn't great. I couldn't help but feel like our hookups were like a NASA rocket launch with the sole purpose of landing on the moon — except the moon was his orgasm, not mine. Once touchdown was confirmed, the mission was complete. But I had not yet worked up the courage to utter those famous words: Houston, we have a problem.

So, instead, I stared out the window and marveled at the beauty of the changing seasons. I let out some fake, Oscar-worthy moans, contemplated what kind of salad I was going to order at Sweetgreen for dinner, and set a mental reminder to call my mom. Somewhere between items on my internal to-do list, I realized that my partner had gone completely silent. He stretched out next to me, a puzzled look taking over his face. I innocently mustered up a, "What's wrong?!" He explained that he felt like I wasn't really present. "Was I enjoying myself?" he asked. I stared back at him. Was I?

The truth was, he was — my mind was elsewhere. But before him, most of my sexual partners hadn't ever bothered to take notice. I could have lied — called him a sex god, raved about "the best sex I ever had." But this time, I made the conscience decision to communicate. We stayed up all night talking about our sexual boundaries and preferences: the foreplay that bored us, the positions we enjoyed most, the things we were and weren't willing to try. By communicating honestly and openly, I felt more comfortable with him. I felt my sexual anxiety slowly begin to dissipate. I went to sleep that night with a smile on my face, but I understood that something new had awoken within me.

We had sex the very next morning, but it was a very new, very different kind of sex for me. I took responsibility for my own body, literally — and it felt electrifying. I asked for what I wanted on the most basic level — directing his hands and his movement, as if we were actors on a movie set. As my partner happily obliged, I felt powerful and seen. I was in control, commanding my very own rocket ship. And this time, sex didn't look a one-man moon landing, but the whole damn galaxy.

When we were both finished, I breathlessly rolled over and looked out the window. To my surprise, the tree had begun to shed its leaves. It was the dawn of a new season.