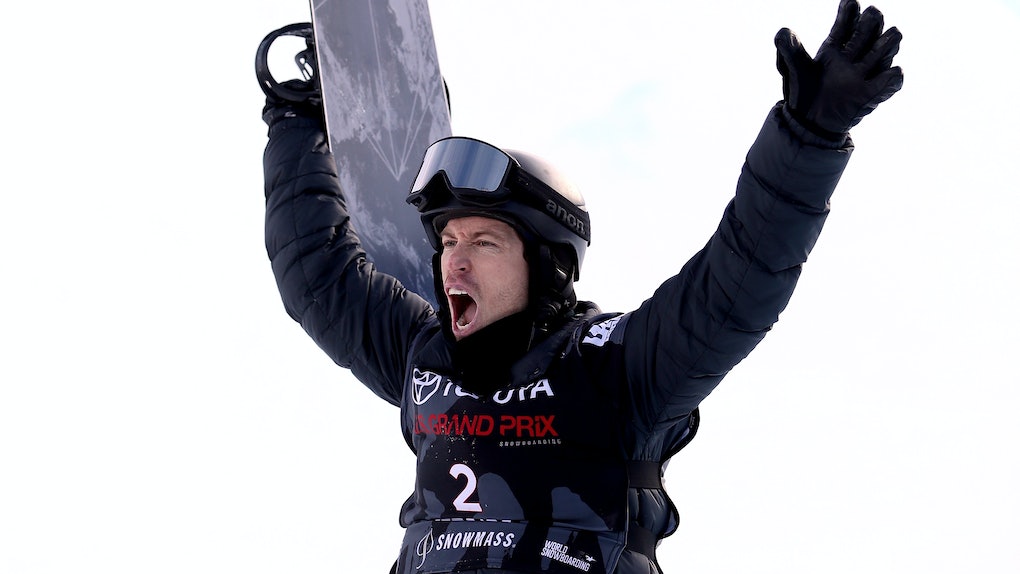 There are only a few people in this world who know what it's like to parent an Olympic athlete. My guess? It's not that easy. Actually, I bet it's really, really challenging emotionally, physically, and financially. Just ask Shaun White's parents. The gold medalist credits a lot of his success to the undying support and love from his parents, plus their ability to step aside and let him "do his thing." Of course, his thing became winning gold medals for snowboarding, so that worked out. And, he's ready to do it again in the 2018 Winter Olympics.

It seems like we know a lot about the red-haired wonder, but not that much about his family. White is one of three siblings raised in San Diego by his parents, Cathy and Roger White. According to reports, they were fully committed to White's snowboarding career from the beginning. So much so, it's been said Cathy spent her weeks driving from San Diego to Mammoth Mountain (about a seven-hour trip) to support White's practice and training during his youth.

Obviously, it all literally paid off. Between his annual salary and endorsement deals, Shaun White's current net worth is somewhere between $40 million and $45 million.

In a recent interview on Jimmy Kimmel Live, White discussed a scary congenital heart disease he shares with Kimmel's newborn son. During the interview, they discussed how intense it must have been for White's parents when he was a baby, and how honorable it is for them to nurture his interest in extreme sports, anyway.

I was slowly turning blue and my parents knew something was up. The doctors came in and found out that was the scenario, the heart condition. I obviously don't remember much, at that point. I was so young. It kind of brought back a lot, seeing that. I have the same exact photo [as Kimmel and his son] with the tubes and the whatnot. I have a lot of socks, actually, from when I was that age. Because, my mom... The only thing she could dress me with was socks because she couldn't touch me in my tube while I was getting the operation.

That's so important. My parents are the ones that really made me who I am. Obviously, they didn't put these limitations on me. It was obviously explained, 'Hey, this is what happened. You should be cautious.' But it wasn't this, like, hovering over me to make sure I wasn't getting into trouble or working out too much or doing anything too active. But they really let me find my own limitations. So, that's kind of why I feel like I'm so athletic now and just did whatever I wanted to do because they never put that limit on me.

White and Kimmel joked a bit more about how fit and athletic White is now, but at the heart of their conversation was a lot more. Kimmel ultimately thanked White's parents for showing him how to support and nurture his own son's interests despite the scary heart condition. Kimmel told White,

You’re an inspiration to a lot of families who go through this situation, so thank you. Thanks to your parents, really, for not taking it easy on you. It makes me believe that my son, too, is going to win Olympic gold medals for the United States of America — only if they make pizza-eating an Olympic event.

Here's to all the awesome parents who are behind America's favorite Olympic athletes.