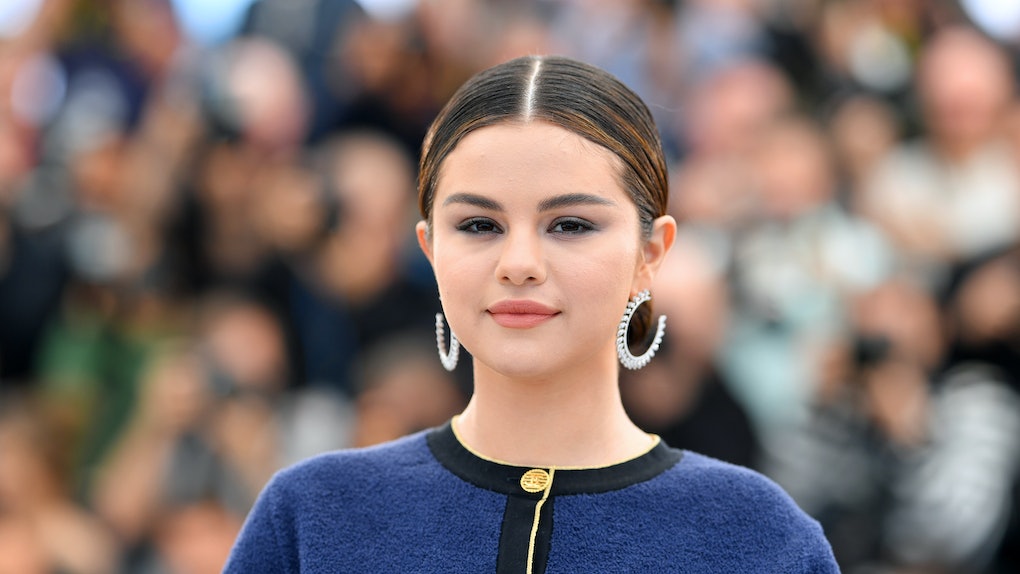 The internet has been loving Gomez’s comeback single “Lose You To Love Me” so far. It’s vulnerable, heartbreaking, and relatable AF for anyone who's experienced a breakup. Except, instead of dwelling too much on an ex, “Lose You To Love Me” sends the message that you needed to lose that ex in order to learn to love yourself once again. Since Gomez and Justin Bieber famously had an on-and-off relationship for years, fans immediately thought the song was about Bieber. Shortly after the song was released, fans thought Bieber’s wife, Hailey Baldwin, threw shade towards Gomez on Instagram. Now, Selena Gomez might've responded to Hailey Baldwin's "shade" and you need to hear what Gomez said.

Even before Gomez released "Lose You To Love Me" on Oct. 23, fans suspected the song was going to be their new post-breakup anthem thanks to Gomez's teasers for the new song. On Instagram, Gomez posted adorable throwback pictures of herself as a young girl, along with captions that, at the time, seemed to be lyrics from her new single. These lyrics included the lines, "We always go into it blindly," "I gave my all and they all know it," and "You promised the world."

Bieber and Gomez dated on an off from 2011 to 2018. Their breakup in 2018 was for real because as you probably know, Justin Bieber married Hailey Baldwin in September 2018.

Because Bieber and Baldwin got married so quickly after Bieber and Gomez's breakup, fans thought this one line in "Lose You To Love Me" is about him: "In two months, you replaced us/ Like it was easy/ Made me think I deserved it/ In the thick of healing, yeah."

Right after Gomez dropped her new single, Baldwin reportedly went on Instagram Story to share a screenshot of Summer Walker's "I'll Kill You," which fans assumed was meant as shade towards Gomez.

Baldwin then reportedly commented under Just Jared's screenshot of her Instagram Story. She wrote, "Please stop with this nonsense. There is no ‘response.’ This is complete BS."

In an Instagram Live, Gomez said, "I am so grateful for the response of the song. However, I will never stand for women tearing other women down. So please be kind to everyone."

Gomez reiterated, "Please be kind. I don't like seeing people being disrespectful or rude to other people, so please don't do that."

So that's it. Selena Gomez and Hailey Baldwin aren't feuding or shading each other at all, so I'm going back to listening to "Lose You To Love Me" in peace. Who's with me?