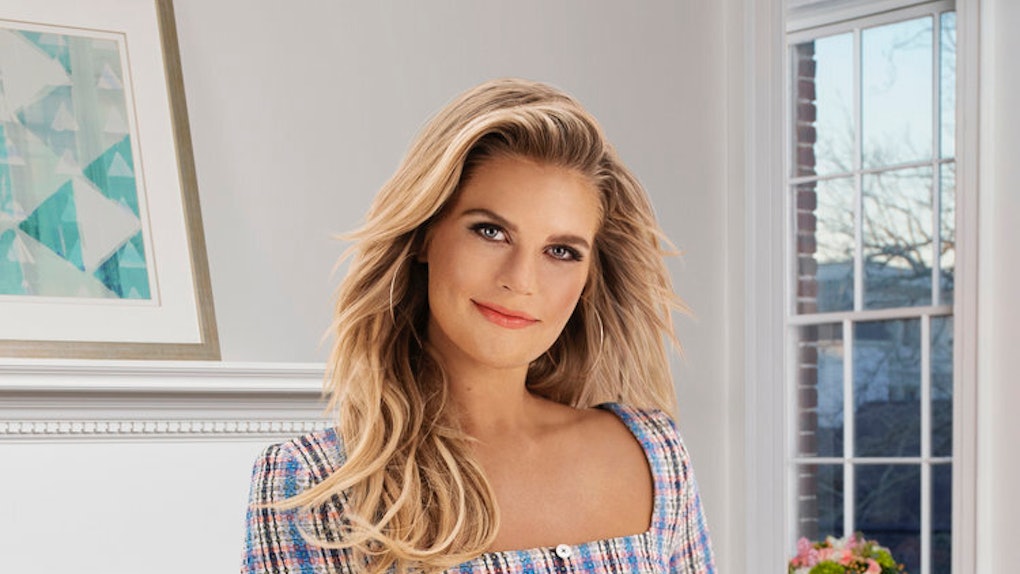 Following a whirlwind of rumors she had an affair with Alex Rodriguez, Southern Charm star Madison LeCroy said she has a new boyfriend. On Saturday, April 17, she posted two Instagram photos of herself sipping a cocktail in Atlanta, and her comments were predictably flooded with comments about Rodriguez’s new single status. “Mmmmm Arod on his way girl get bags pack he coming for you,” wrote one fan.

LeCroy quickly shut down the speculation. “I have a boyfriend!” she responded. She hasn’t revealed his identity yet, but after all that A-Rod drama and another rumored saga with Jay Cutler and Kristin Cavallari (more on that in a minute), it makes sense she would want to keep her relationship out of the spotlight for now.

On April 15, Rodriguez and Jennifer Lopez announced in a joint statement that they would be separating after four years together. “We have realized we are better as friends and look forward to remaining so,” they told Today. “We will continue to work together and support each other on our shared businesses and projects.”

The exes first started dating in 2017 and got engaged in 2019. However, in March 2021, rumors began swirling that they’d called off their engagement. Lopez and Rodriguez promptly told CNN they were still together but just “working through some things.” About a month later, they announced they were parting ways for real.

So, how does LeCroy fit into all this? During a contentious Southern Charm reunion episode, which was filmed in December 2020, castmate Craig Conover accused her of flying “to Miami to “f*ck an ex-MLB player” while she was dating co-star Austen Kroll. The accusation came after sleuths spotted Rodriguez liking some of LeCroy’s photos on Instagram over the summer in 2020.

But LeCroy denied Conover’s claims. “He contacted me. And yes, we DMed. But other than that, there was nothing,” she responded during the special episode. “I’ve never physically seen him, touched him. I am not a f*cking liar, and I will stand up for that.” In a February interview with Page Six, LeCroy confirmed Conover was talking about Rodriguez but reiterated that they’d never met in person. She said he “never physically cheated on his fiancée with me,” and that she’d just “talked to him randomly” over the phone. LeCroy also clarified that their conversations had all taken place sometime last year.

An insider close to Rodriguez also said that any cheating rumors were false. “He doesn’t know this woman,” the source told The New York Post in February. “Look, does this mean he didn't DM her and liked a photo or two? I guess not, but he doesn't know her — and he definitely didn't hook up with her.”

LeCroy dated Kroll for two years, but their relationship fizzled out by December 2020. In January 2021, she was linked to former NFL star Jay Cutler, but that situation was just as messy and unclear as her rumored flirtation with A-Rod. LeCroy hinted that she’d been spending time with Cutler, and several weeks later, went live on Instagram and reportedly mocked him and his ex, Kristin Cavallari, with whom Cutler remains friends. Cutler then shared a photo of himself with Cavallari on Instagram. “The world is full of users. 10 years. Can’t break that,” he wrote. The comment didn’t necessarily appear to be directed at LeCroy, until she shared screenshots of Cutler seemingly pursuing her over text.

Like I said, it’s confusing. But it sounds like LeCroy is trying to leave all her romantic drama in the past — and she has nothing but positive thoughts for Rodriguez and Lopez, too. When asked about their split, LeCroy told Page Six, “I wish them the best.”