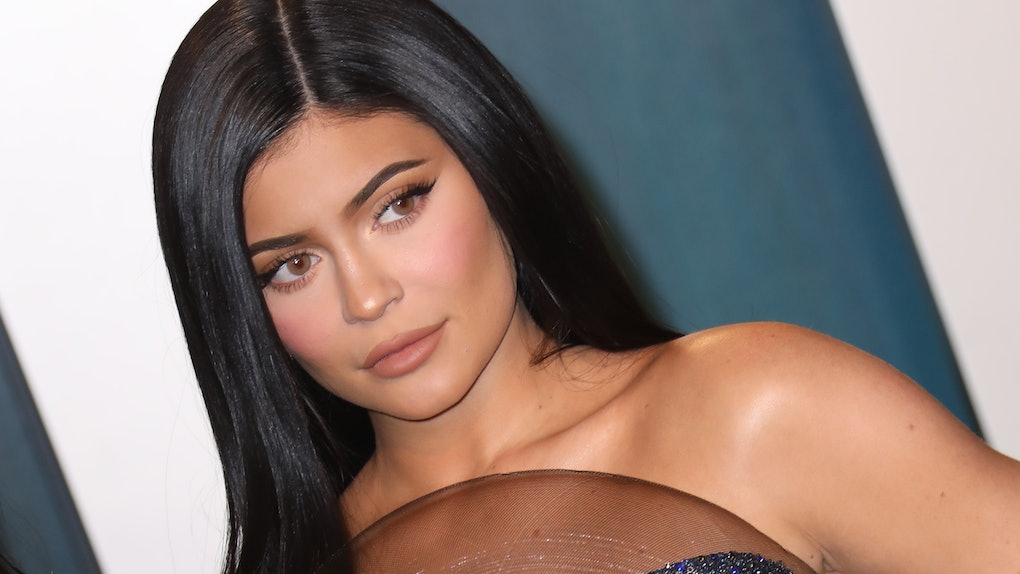 Kylie Jenner is taking advantage of her free time while social distancing to give fans an excuse to get to know her and her BFFs better. On Friday, March 27, the Keeping Up With the Kardashians star headed to YouTube to share a video of her hanging out with her longtime crew Stassie Karanikolaou, Victoria Villarroel, and Yris Palmer as they answered some interesting questions about themselves. Kylie Jenner’s "Who’s Most Likely To" video contains some surprising answers as well as the star's mic-drop reaction when asked about her feelings on cheating.

In the video, Jenner and her besties exposed surprising facts about each other and gave fans a better idea of their personalities while answering some particularly ~juicy~ questions during the 25-round game. It appeared that the foursome was definitely in agreement about a few things, as Jenner claimed that she didn't see anyone in the group getting married in Las Vegas and all four of the women said they thought that Kylie was the most likely to potentially injure herself while drunk.

They then moved on to some steamier questions. Karanikolaou, who was previously linked to Bachelorette alum Tyler Cameron, confirmed that she and Villarroel had taken nudes together (although they said they hadn't sent them to anyone). In addition, Jenner spilled some little known secrets about her dancing skills when asked who'd win a twerking contest among the group: "People don't know this about me, though, but it moves," she told her entourage.

When the questions turned to babies and motherhood, the women unsurprisingly agreed that Jenner and Palmer (who are both mothers) were most likely to get pregnant again because, as Villarroel pointed out, "It has to be one of you because we're not done drinking yet."

Jenner's group was also in agreement about a few other things: Their hypothetical response to a cheating partner and how good they all are at keeping secrets.

Karanikolaou firmly responded, "None of us," when they were asked who among the group would be most likely to forgive infidelity. Jenner — who has fielded her own share of cheating rumors with boyfriend Travis Scott — agreed, saying, "F**k that. Next question."

Wrapping up the round of questions, Jenner confirmed that the girls were her ride or dies while they tried to figure out who was the best secret-keeper of the group. The ladies mused that they were all pretty good at keeping their lips sealed, citing the fact that they'd all kept Jenner's pregnancy a secret.

The makeup mogul concluded the video, "All of us will keep a secret and not tell anyone. The things that you guys know about me? I can never get rid of you guys."

There's no telling how long the world will be practicing social distancing to help curb the spread of coronavirus, but it's safe to say that Jenner will have her girls by her side (and have some fun with it) as she continues to self-quarantine.