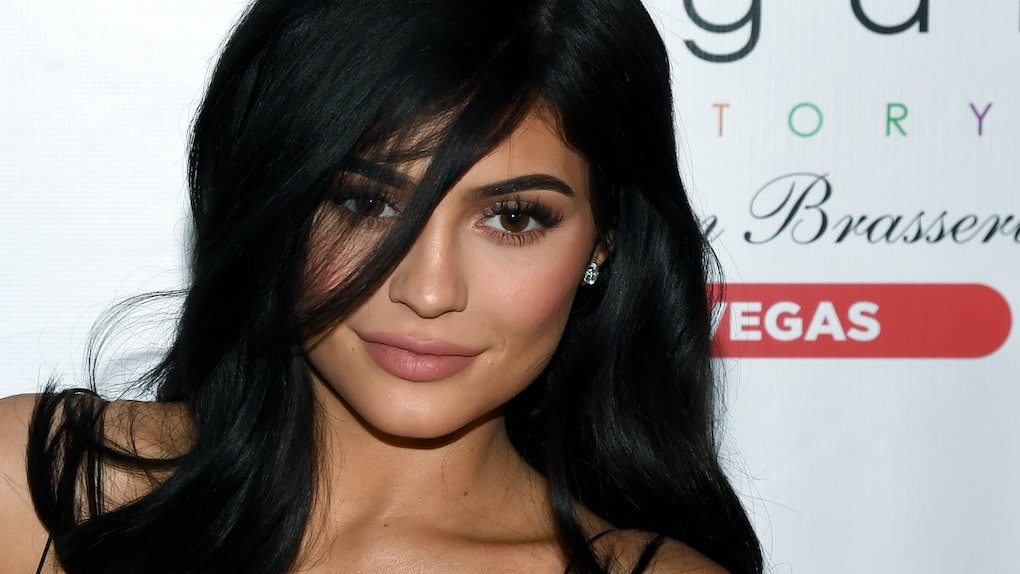 At first glance, being Kylie Jenner would be the best. She's gorgeous, has millions of followers, and runs a successful makeup empire. However, her life is definitely filled with its own challenges — which was proven on the Jan. 14 episode of Keeping Up With The Kardashians. As it turns out, Kylie has to be on high alert, like, all the time — even in her own home. Kylie Jenner's phone call on Keeping Up With The Kardashians is so nuts, but also could mean that the starlet is actually pregnant.

We got our first taste of Kylie drama about 15 minutes into the episode. While Kris Jenner was doing interviews with the KUWTK film crew, her phone started ringing. It was Kylie on the line, and she sounded freaked out. She called to tell her mom that she caught a new employee trying to sneak photos of her. Honestly, that's so freaking weird. Kris rushed out of the interview while asking Kylie if she called the police and what her next steps were going to be. It was a very tense scene. Kris explained to the camera,

You want to trust the people you’re surrounded by, but… we have to be on alert all the time.

While Kylie seems to have everything, she lacks privacy and anonymity — something we all take for granted. It sounds so scary to not be able to relax in your own home. People on Twitter were sympathetic toward the starlet.

However, some fans picked up that this could be an indication that the reported pregnancy rumors about Kylie are indeed true. Basically, people are thinking that the situation was a big deal because the girl was trying to take photos of a (maybe?) pregnant Kylie. Considering the reality star hasn't been seen in basically any paparazzi photos for the past few months, this theory could make sense.

While it's BEYOND creepy to have someone (especially a paid employee) try and take secret photos of Kylie, it's interesting that this would be a plot line for KUWTK — especially during the two-night special. The timing seems too perfect. Security is a top concern for all the Kardashian-Jenners, but the way Kylie called Kris in a panic seemed a little strange.

If Kylie was working to protect a baby bump, the situation would be a very big deal — big enough for Kris to bust out of an interview to take care of it. Low-key, is that former employee sitting in some sort of Kardashian prison?

If fan theories are correct, this would completely fall in line with everything sources have been saying so far about Kylie's reported pregnancy. Specifically, that Kylie will stay out of the limelight until after she gives birth. In November, a source told People,

Kylie will not confirm her reported pregnancy until she's ready to — no sneaky employee will get in her way. The source continued,

It doesn't seem like Kylie is in any rush to spill the news. In fact, the source says she wants to stay "in hiding."

At the end of the day, it's completely Kylie's decision how she wants to handle her reported pregnancy (if it is indeed true). However, it just seems like Keeping Up With The Kardashians is dropping A LOT of bread crumbs about Kylie.

WHAT DOES THIS MEAN? I will for sure be watching Night 2 of KUWTK on Jan. 15, but I won't hold my breath for answers.