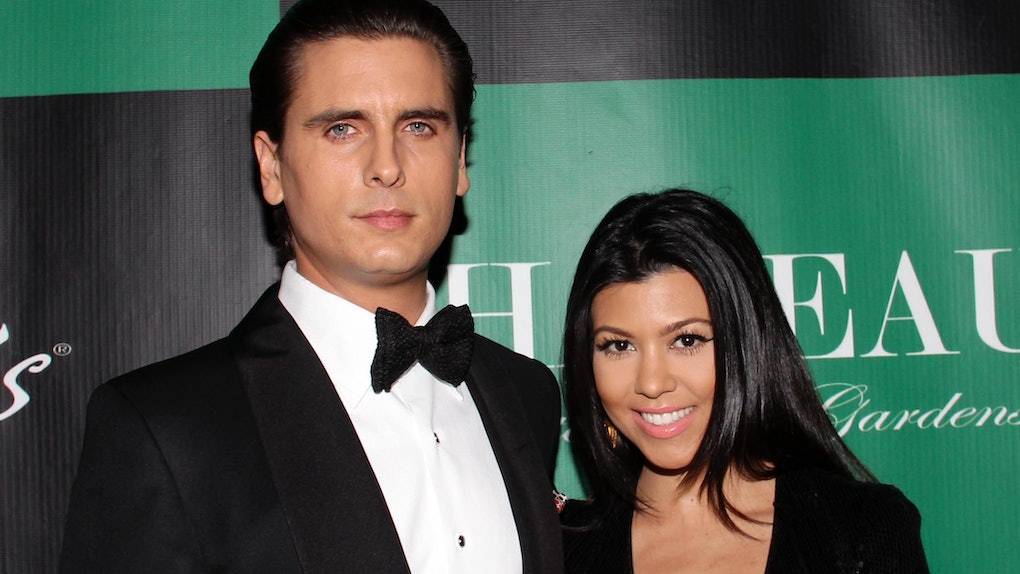 ICYMI, the Kardashians visited a healer during their trip to Bali a few months ago, and we got to see it all unfold on Keeping Up With The Kardashians. The healer got up close and personal with Kim, Khloé, and Kourtney. Not to mention, he served some major tea about Kourtney and Scott Disick's relationship. The healer told the exes that, in another life, they were together and that they're soulmates, which isn't always something you want to hear about your ex. But Kourtney Kardashian and Scott Disick’s reactions to being called "soulmates" was actually so mature and insightful.

On the Sunday, April 28 episode of Keeping Up With The Kardashians, Kardashian and Disick opened up about how they felt when the healer told them they were soulmates. "I kind of think it’s one of those things that you can take it any way you want to take it," Disick said on the show. "You can be negative and think the guy is full of crap and feel nothing came of it, or you can take it positive and just feel like he’s wishing nothing but good upon you and your life and your future. He wasn’t really telling us anything we don’t know," he continued. "We have three children, we love each other, and we’re family. I’m happy with that."

Kardashian agreed with Disick. She said, "We’re definitely in a great place. We’re very lucky." In a confessional, Kardashian elaborated further. "It feels like we’re entering a more transparent phase of our co-parenting relationship," she said. "I don’t know what the definition of 'soulmate' is, but Scott and I, we’re going to be in each other’s lives forever. We are 'soulmates,' in a sense. No matter what, whether we’re ever together or not."

In his own confessional, Disick mirrored his ex's feelings about what the healer said and how he views his relationship with Kardashian now. "I think at first when you hear 'soulmates,' you assume two people must be together. We obviously aren’t, and we’re doing very well," Disick said. "I think it’s unbelievable that me and Kourtney are able to live the way we are and to be able to open up to each other. A lot of people, including us, didn’t know that we were going to be able to do it. I thank God every day for it because my kids and my family are the most important thing to me."

Since their breakup in 2015, Kardashian and Disick have stressed how important it is for them to co-parent Mason, Penelope, and Reign to the best of their abilities. They've gone on multiple family vacations (with their respective significant others in tow), they've spent holidays together, and they've seemed to always put their kids first. The healer in Bali may have told them they were soulmates, and he may have been right, but not in the romantic sense. (At least, not for now.)

Kardashian and Disick agree that they are soulmates, but not the kind you think when you first hear the word. They're the kind of soulmates who will always have major love for each other, and always be in each other's lives in order to keep their family together, but for now, that seems to be it. I guess no matter how hard I ship these two, maybe it's for the best.