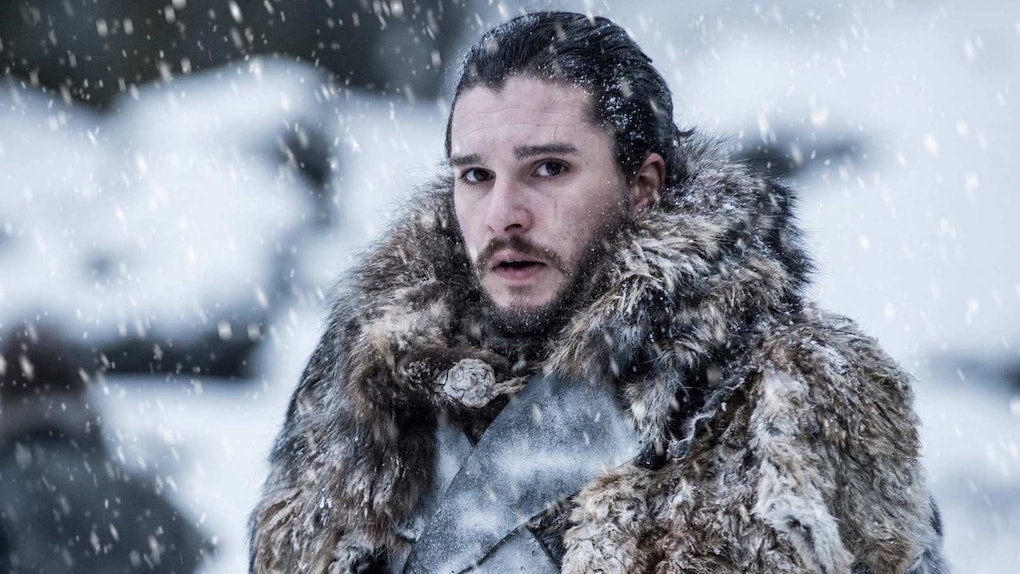 Kit Harington Hasn't Seen 'Game Of Thrones' Season 8, So He "Knows Nothing"

In the age of countless streaming services, it almost feels like event television may become a thing of the past. However, while TV events that cause tens of millions of viewers to all tune in at the same time seem few and far between these days, it felt like everyone in the world was watching HBO to see how Game of Thrones would end. That said, there is a surprising someone who still hasn't seen it. Kit Harington hasn't seen Game of Thrones Season 8, and he said his choice to not watch the show's ending actually helped him deal with the backlash from fans.

After the 2019 Emmys concluded on Sunday, Sept. 22, press at the awards show asked the reunited Game of Thrones cast about the incessant and resounding fan criticism of the show's final season. In case you somehow missed the intense reaction to Season 8, backlash from fans of the series even went so far as to petition for a rewrite of the final season, citing gripes about Daenerys' villainous turn, Jaime and Cersei's fate, Bran's surprise ending, and other unexpected letdowns.

But in the face of the very vocal detractors, the Game of Thrones cast has defended the final season in the months since it aired. When the question about dealing with backlash came up at the Emmys, Harington stepped up to reveal that he has not even seen the final season, per E! Online.

I still haven't seen the show, so that's how I dealt with that controversy. I haven't seen the final season, but I know what it took to shoot it and it was hard and everyone put their love and effort into it.

Although Harington still has not seen for himself how Game of Thrones ended, he defended the controversial final season by pointing out all of the hard work and love that went into making it. He went on to say that all of the backlash did not really affect the cast, since they had faith that they were doing what was right for the characters in terms of the story. "Controversy for us, we knew what we were doing was right story-wise and we knew that it was right for the characters because we lived with them for ten years," Harington said. "Controversy for us, didn't really affect us."

Despite all the controversy surrounding the final Game of Thrones season, the show's final run still cleaned up at the Emmys. Season 8 broke a record by scoring 32 total Emmy nominations this year, officially making it the show to get the most nominations in a single year. However, GoT didn't win as many of those categories as fans had expected. The final season took home ten Creative Arts Emmys and only two Primetime Emmys Awards. Peter Dinklage took home the Outstanding Supporting Actor in a Drama Series trophy for the fourth time, and the series as a whole won the big Outstanding Drama Series Emmy for the fourth time.

Maybe now that the final season scored some Emmy love, Harington will be more encouraged to watch the final six episodes for himself.