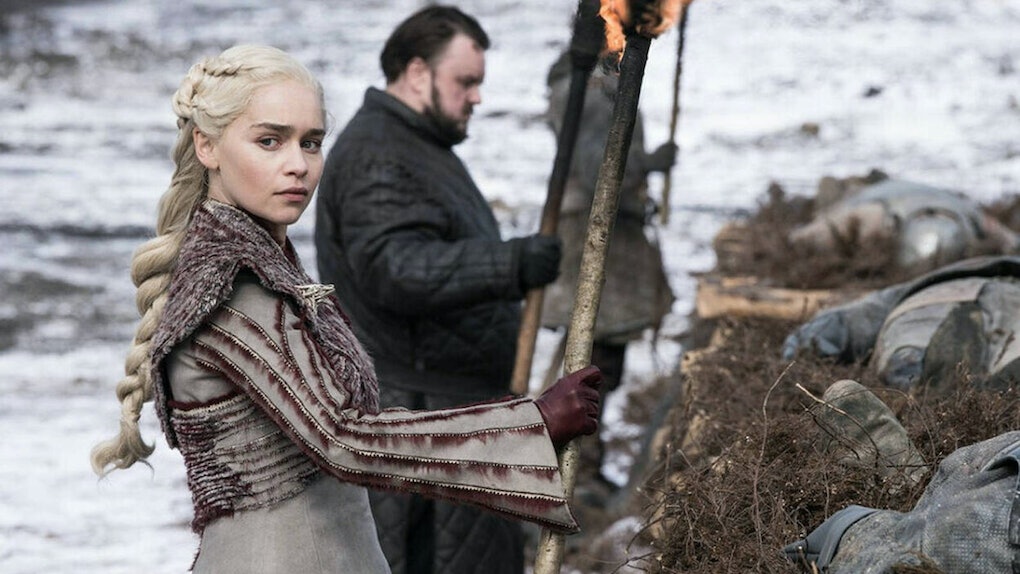 Will A 'Game Of Thrones' Season 8 Rewrite Happen? Fans Are Circulating A Petition

The drama is not only happening on the screen for Game of Thrones' long-anticipated final season. The bloody, war-torn eighth season of HBO's high-fantasy epic has received a considerable amount of backlash from fans online after each new episode, and now a group of fans are taking their criticism to the next level. A new petition signed by hundreds of thousands of fans is calling for HBO to order a rewritten final season from a new group of writers. So, will a Game of Thrones Season 8 rewrite happen because of this or not? The petition is certainly receiving a ton of support, but it still feels like a pretty far-fetched objective.

Of course, it is impossible for any series with as devoted and critical a fandom as Game of Thrones to really make everyone happy when trying to conclude such a sprawling, prophecy-filled story, but the show's final season has noticeably drawn a considerable amount of criticism online. In particular, the most recent penultimate episode of the series, "The Bells," caused a major eruption among fans after it aired, with a large portion of the fandom accusing the writers of fumbling the characters arcs of Daenerys Targaryen and Jaime Lannister. That rogue coffee cup in Episode 4 did not help things, either.

Now on the brink of the series finale, a group of diehard Game of Thrones fans is flocking to a newly created petition on Change.org, which is calling on HBO to hire a new crop of writers to rewrite the show's final season. The petition was created last week by a fan named Dylan D., and in that time it has already received nearly 400,000 signatures (as of Thursday morning). The text of Dylan's petition accuses showrunners David Benioff and D.B. Weiss of having mishandled the story now that the TV show is officially ahead of George R. R. Martin's book saga:

David Benioff and D.B. Weiss have proven themselves to be woefully incompetent writers when they have no source material (i.e. the books) to fall back on. This series deserves a final season that makes sense. Subvert my expectations and make it happen, HBO!

Although the petition is getting a considerable amount of attention and support from the show's fandom, its goal seems like much too big of an ask of HBO and the Game of Thrones actors to feasibly happen. Season 8 of Game of Thrones took nearly two years to produce and has been described as one of the most expensive seasons of television ever. Not only would HBO have to vet and hire new writers and showrunners if the network complied with this petition, but it would also have to pour millions more into another season. Even less likely is the possibility of keeping the show's cast on board for what would largely be a retread of Season 8, since the show would continue to stall their non-GoT related acting opportunities for another couple of years.