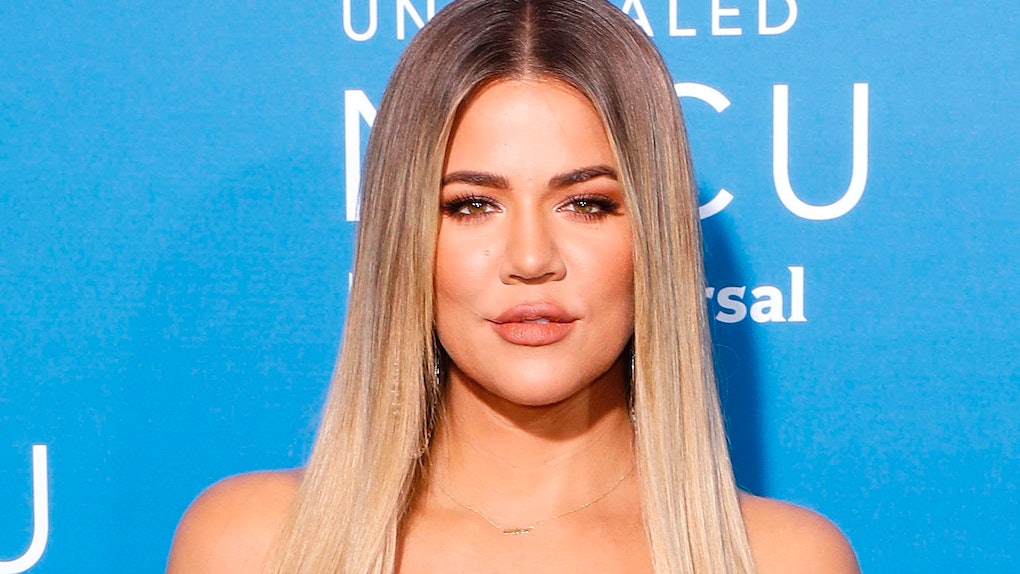 Khloe Kardashian Is Spending Mother's Day In Los Angeles, According To A New Report

Khloé Kardashian is a new mom, and that means her first-ever Mother's Day is coming up on Sunday, May 13! She's still living in Cleveland as of now, though, so what are her plans for the special day? According to a source close to the family, Khloé Kardashian is spending Mother's Day in Los Angeles. "She’ll be with her family for Mother’s Day,” a source told Entertainment Tonight. “This is a very special Mother’s Day in the Kardashian/Jenner family. For Khloé and Kylie it’s their first one, and it’s Kim’s first Mother's Day with Chicago." Kardashian still lives in Cleveland as of now, but sources have said she's planning on moving back to Los Angeles permanently once True is old enough and she feels Tristan Thompson has spent enough time with her.

It's not clear whether or not Thompson will join Kardashian for her first Mother's Day in L.A., but considering the rocky state of their relationship, I'd think that's not likely. (Thompson reportedly cheated on Kardashian just days before she gave birth to their daughter. Elite Daily reached out to Kardashian and Thompson's teams for comment on the reports at the time, but did not hear back by the time of publication.) Thompson is also still in the middle of the NBA Playoffs, which could extend through May if the Cavaliers continue to advance, so even if he is invited to spend Mother's Day with the family, he might not be able to.

Kardashian hasn't debuted the first picture of baby True just yet. While she frequently posts about motherhood on her app, the only Instagram she has posted about True was her birth announcement.

She posted this sweet photo announcing her daughter's name on April 16.

The caption read, "Our little girl, True Thompson, has completely stolen our hearts and we are overwhelmed with LOVE. Such a blessing to welcome this angel into the family! Mommy and Daddy loooooove you True!"

The source told Entertainment Tonight that while this time following reports of Thompson's cheating have been difficult, Kardashian has been able to use the time to herself to think things through and get perspective on what she wants moving forward (she's had a lot of time for just herself and True while Thompson has been busy in the NBA Playoffs). "The time alone is good for her," the source said. "She’s very independent and having this space is essential for her to work through everything. If they work through all this, they still have a long way to go to get back a solid foundation."

Kardashian is still posting away on her app about motherhood and life with True, despite all of the chaos that Thompson has caused. On May 1, Kardashian posted on her app about how much she's looking forward to her first Mother's Day. "This Mother's Day will be the most special yet!" she said in the post. “I still can't believe I'm a mom — it feels like such an honor. Now it feels even more important to honor all the amazing women in my family!”

The source told Entertainment Tonight that Kris Jenner will reportedly be hosting a Mother's Day celebration for daughters at her house on Sunday, May 13. Kim, Kylie, and Khloé are likely very excited to spend this holiday together since they were all expecting at the same time, and their daughters were all born within a short span of months. But considering how openly critical Kim Kardashian has been of Tristan Thompson (they've both unfollowed each other on social media now), I personally don't imagine Thompson's presence at this party would be very welcomed by Kim.