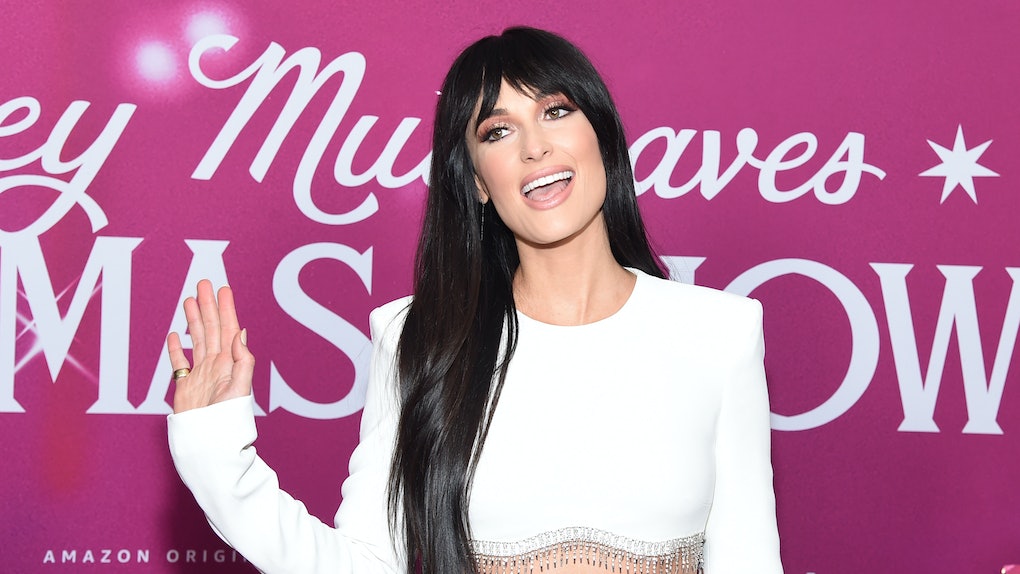 It’s OK to admit it: You’ve been eagerly waiting for Turkey Day to pass so that you could shamelessly blast all the holiday tunes, 24/7. If that’s the case, I have good news for you: Kacey Musgraves’ new Christmas album, which just dropped on Nov. 29, is packed with catchy, festive tunes to add to your playlist. Best of all, The Kacey Musgraves Christmas Show isn’t just an album, but also a star-studded Amazon Prime Video special.

In the interest of avoiding too many spoilers, I’ll just give you a little taste of what to expect from this kitschy-cute Christmas spectacular. First of all, the show is narrated by Dan Levy (Schitt’s Creek), so you can definitely expect some LOL-worthy moments. Not only that, but it also features such celebs as Camila Cabello (“Rockin’ Around The Christmas Tree”), Lana Del Rey (“I’ll Be Home For Christmas”), James Corden (“Let It Snow”), Zooey Deschanel (“Mele Kalikimaka”), Leon Bridges (“Present Without A Bow”), and Fred Armisen (“Silent Night”). In addition to many Christmas classics, the Amazon Prime Video special showcases a brand new song by Musgraves called “Glittery,” which features Troye Sivan. BTW, Kendall Jenner, the Radio City Rockettes, and even Musgraves’ own grandma have cameos. And if that doesn’t inspire you to watch, I don’t know what will.

“I can say without a doubt that this project is unlike anything I’ve ever done before,” Musgraves said in an Amazon press release. “What started as the small seed of an idea one night over a year ago has turned into something I’m so proud of. My vision was to bring my old Christmas album to life visually and create a modern and fashionable, fresh take on a classic format. It’s a nostalgic, Wes Anderson-inspired reimagining of the holidays. It’s heartfelt, funny, and most of all, real.”

Here's the plot. It’s Christmas Eve, and Musgraves forgot to buy gifts for her band, can’t find her tree topper anywhere, and has a ton of things to do before hosting the holiday. When guests start arriving early, absurdity ensues. Between the scripted interruption during Cordon’s performance and the charming reference to Love Actually, the show is packed with quality gags. The best way to describe it, IMO, is that it's equal parts hokey, heartwarming, and hilarious. And let me tell you — the fashion is nothing short of fierce. Between the hideous Christmas sweaters, glittery sequined suits, bows galore, and ‘70s inspired sleeves, the outfits alone are worth watching for.

Of course, this isn’t the first time that Musgraves has released an album around the holidays. Back in late 2016, she graced us with A Very Kacey Christmas, which included a mix of Christmas classics as well as some original tunes. But this album promises to take the holiday cheer to new heights, thanks to the impressive array of guest singers and the accompanying special show.

On top of scoping out the Christmas special on Amazon, you can also listen to the entire album on Spotify and Apple Music, among other platforms.

Let's be real, y'all. There's only so many times you can belt out "All I Want For Christmas Is You" — so if your holiday playlist needs some new tunes in the rotation, Musgraves has you covered. And whether you choose to watch the show while decorating your tree or simply listen to the tracks while driving around to do your Christmas shopping, this is one album that will surely help to make the season bright (see what I did there?).

More like this
Is Saweetie's "See Saw" About Quavo? The Lyrics Are Brutal
By Corinne Sullivan
These Tweets About BTS' 'Bang Bang Con 2021' Sum Up The Epic Performance
By Cianna Garrison
The 'Glee' Cast's Tribute To Naya Rivera At The 2021 GLAAD Media Awards Was So Moving
By Abby Monteil
Stay up to date