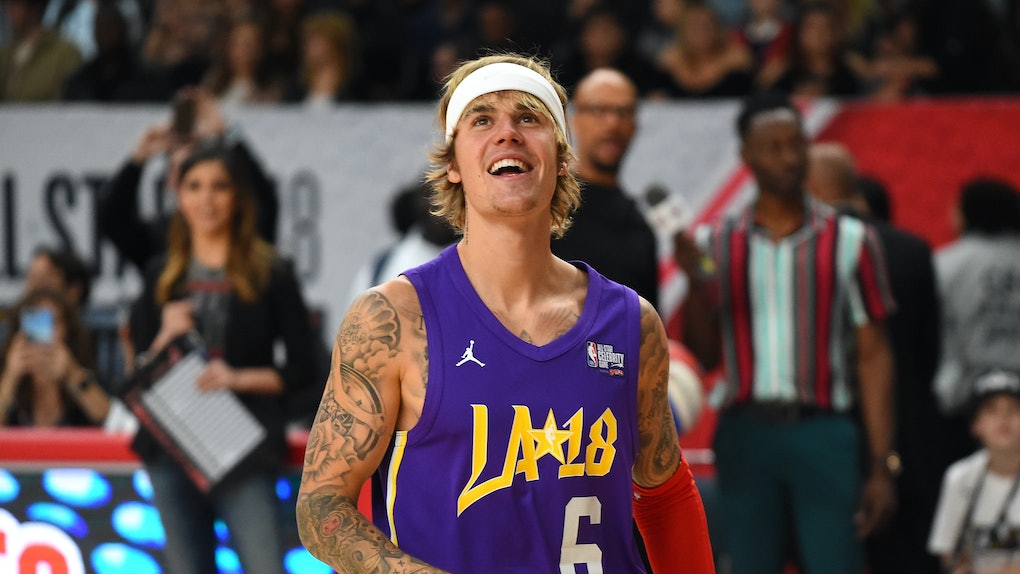 At this point, it seems like hardly a day goes by without some form of gossip-worthy content brought to us by Mr. and Mrs. Bieber. The latest comes in the form of a risqué Instagram comment made by the singer on a recent photo of his wife. Justin Bieber’s comment about Hailey Baldwin's breasts on Instagram is not surprising considering the couple's very public romance. Like, I get it — Baldwin is gorgeous, and it makes sense that Justin can't help but put his appreciation for her on blast. That said, some thoughts are best communicated via text rather than on social media, don't ya think?

Don't get me wrong, plenty of the sappy stuff Bieber has said about Baldwin is sweet. Remember that time he announced their engagement through a public love letter? "You make me so much better and we compliment each other so well," wrote Justin on Instagram last summer. "Can’t wait for the best season of life yet!. It’s funny because now with you everything seems to make sense!"

There's also no shortage of adorable photos of them sashaying through various glamorous locales together. Earlier this month, he even penned his bae a very intense love poem that belongs on a personalized coffee mug. "Sunlight falls into the Abyss, Just like i fall into your lips," read the first line of a much longer Instagram caption (read: serenade) by Bieber. However, a couple of days ago, the Biebs couldn't help but crank the heat up several notches by pointing out Baldwin's impressive cleavage.

The sexy photo was taken at Coachella and posted by longtime friend of the model, Kendall Jenner. Just in case our eyes had deceived us, Bieber slid into the comment section to remind us all that Baldwin looked mighty fine in a fitted white bustier. Again, there's nothing wrong with thirsting after your wife, but Bieber made it clear to literally everyone on the planet that he was bordering on dehydrated. Perhaps the two fire emojis would have been enough to get his point across, but what goes on between married folks (even on the 'gram) is still their business. Or so I thought.

It turns out, Justin's TMI-ing tendencies can be observed in more than just posts about his wife's assets. The oversharing has also begun trickling into his creative persona as well. Last week, the singer was featured in Lil Dicky's new song "Earth" alongside Halsey, Ed Sheeran, Katy Perry, Snoop Dogg, Adam Levine, Shawn Mendes, and Ariana Grande. And his appearance as an animated Baboon definitely set him apart from the crowd.

"Hi, I'm a baboon, I'm like a man, just less advanced and my anus is huge," sang Justin as his opening line. Needless to say, Bieber gives the public some trolling opportunities that are hard to resist. However, it's also important to remember that no matter how enthusiastically celebrities behave in the public sphere, they're still real people with feelings. No one wants to be dragged every time they say or do something edgy. So, as long as Baldwin's not complaining, then Justin can (and probably will) continue to let his never-ending thirst be known.