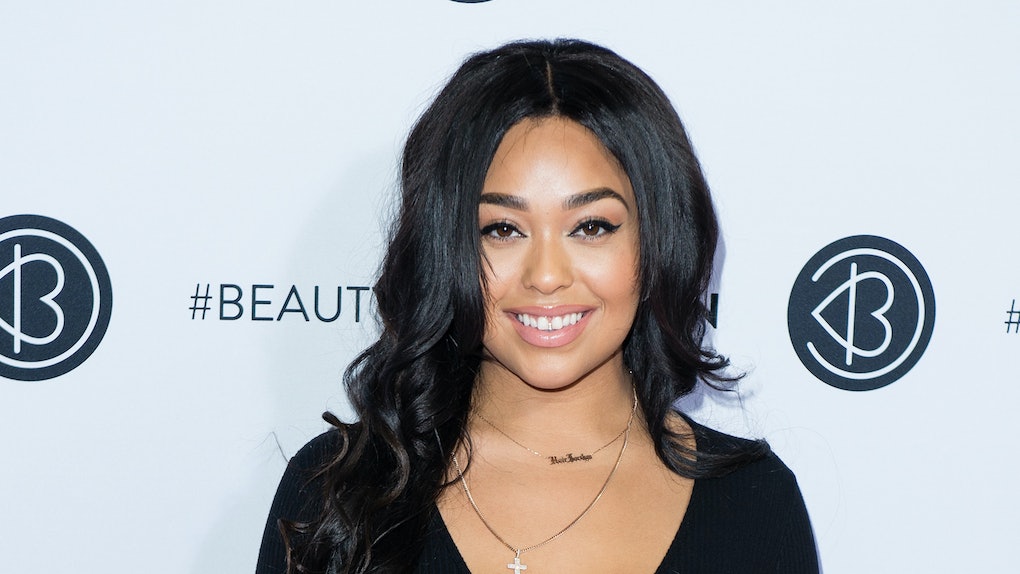 There's always that one person in your life who's doing big things, and you're just like, "Go, best friend! That's my best friend!" But what would you do if that person for you was Kylie Jenner, aside from running around screaming that your life is complete? Well, Jordyn Woods knows exactly what that feels like, because they're BFF's (and honestly, who isn't just the tiniest bit jealous?) and they are the ultimate #friendship goals. But Jordyn Woods at the Golden Globes is making everyone wonder where Kylie Jenner is, because why wouldn't she be there with her bestie?

We've been blessed to see Kylie Jenner with sis Kendall Jenner at the Golden Globes last year, looking gorgeous as anything and eating pizza at the after party, so we know that she would *definitely* come to this year's if she was invited (which, let's be honest, of course she was).

So like, where in the world is Kylie Jenner? And why are you not arm-in-arm with your girl Jordyn?

But I don't think Jordyn was too depressed about the lack of her sister from another mister. Based off Jordyn's Snapchat, it looks like she's having a grand ole time, sans Kylie.

Here's some cool swag and, if I can just put out a little public PSA right now, I'd LOVE to get to go to an awards show like this solely for the swag bags everyone receives. Makeup? Jewelry? HOOK A GIRL UP.

I would literally take a zip-up hoodie with a screenprint logo. Anything.

But seriously... Jordyn, this is looking super fun and all, but where the eff is our girl Kylie?

We all know that Kylie and Jordyn's friendship is the real deal, and they are always open to talking about their special bond – even if it comes with some road bumps. Like when the two friends took to Snapchat and answered fan questions that were submitted to them on Twitter, for example. When asked if they ever fought, Jenner said,

Of course we disagree on things, but I don't think we've ever had a real fight.

To which Woods agreed and added,

We don't argue... but we do disagree.

Come on, could they not be any better friends? Just look at them!

But let's get back to the real question here and that is WILL KYLIE EVEN BE ATTENDING THE GOLDEN GLOBES?

Maybe not. Is it because Kylie is just too busy... at home... with her BABY? Or is it maybe because she's hiding a growing baby bump?

Or hey, maybe it's just taco night and she couldn't attend.

Can't say I'd blame her if it's the third reason, TBH.

Many people freaked out in December of 2017 when a video of Kylie was circulating around showing her with what appeared to be a baby bump. The video was actually taken at last year's Golden Globes after-party, and, scanning through Jenner's old Instagram posts, the rumor that it was a recent vid was de-bunked pretty quickly:

A beautiful 2017 Jenner, absolutely not pregnant:

But hey, that was then, and this is now, and we're not seeing any Kylie anywhere. So maybe Jordyn Woods came without Kylie Jenner for that very reason. Sadly, we probably won't get any confirmation from either party, so we'll just have to keep stalking all forms of social media for any more pregnancy clues.

But don't think Jordyn will be posting anything about Kylie's pregnancy, because she's keeping her lips totally zipped when it comes to her best friend.