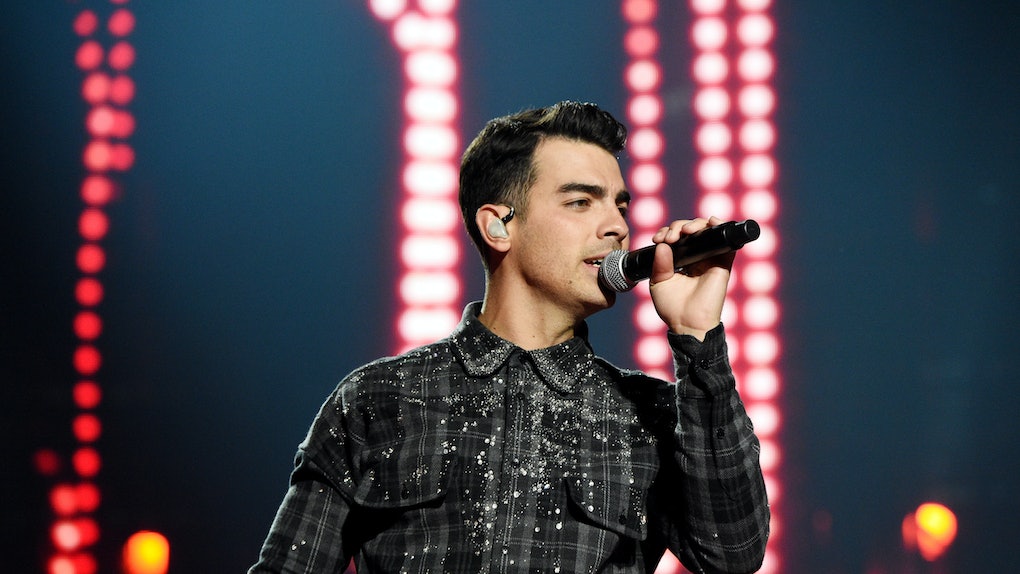 In a TikTok video posted to the Jonas Brothers' account, Joe Jonas sings a portion of the Taylor Swift song "Lover" with some brand new lyrics. The clip is only about seven seconds long, and though Joe is the one who filmed, the subject of the video is clearly his younger brother. Joe Jonas' version of Taylor Swift's "Lover" is all about Nick and fans are noticing the vid for more than one reason.

First and foremost, anything that the JoBros do on social media is noticed, but the subject and song selection here is what makes the short clip so interesting. Arguably, the main attraction here is that the song he is singing is from his ex, Taylor Swift.

Jonas Brothers fans will remember that brief moment when Joe Jonas and Taylor Swift were an item. The two singers dated from July to October 2008, before Jonas broke up with Swift over the phone and created a chain reaction of cringe-y events. For instance, Swift admitted that "Forever and Always" was about him and then publicly called him out on the Ellen show for his breakup method. It's hard to forget Swift's slam, "When I find that person that is right for me... I'm not even gonna be able to remember the boy who broke up with me over the phone in 25 seconds when I was 18."

The pair have totally laughed about the entire thing since then and Swift apologized to Jonas on The Ellen DeGeneres Show during a session of "Burning Questions." When asked what the most rebellious thing she'd ever done as a teenager, her response was: "Probably when I like put Joe Jonas on blast on your show... We laugh about it now, but that was mouthy, yeah, some teenage stuff there."

Jonas is ~obviously~ well over that slam and is publicly appreciating Swift's music. The TikTok video shows a focus on Nick Jonas, while Joe is singing his remix version of Swift's "Lover," crooning, "That's my, my, my, my brother." The last lyric is supposed to be "lover," but Jonas made the song all about Nick, even zooming in on him during the last word.

Nick Jonas looks pretty oblivious to the entire thing, as he's on his phone scrolling, holding a drink in the other hand, and completely ignoring Joe as they're off to some destination in a private plane. TBH, it's a cute brotherly moment, despite Nick's total lack of awareness.

Joe Jonas has got a lot on his plate, but he seems to be in an incredibly good place. From his recent marriage to Sophie Turner to the JoBros reunion to the brothers' faces being put on Coors beer bottles, it's been a wild, amazing year for all of them. Not to mention that the brothers recently got nominated for another Grammy Award — their first in over ten years — and Joe's got an upcoming Quibi series that's going to focus on his travel adventures, called Cup of Joe. Although the release date is TBD, I'd say that's quite a lot of for the middle Jonas to be happy about.