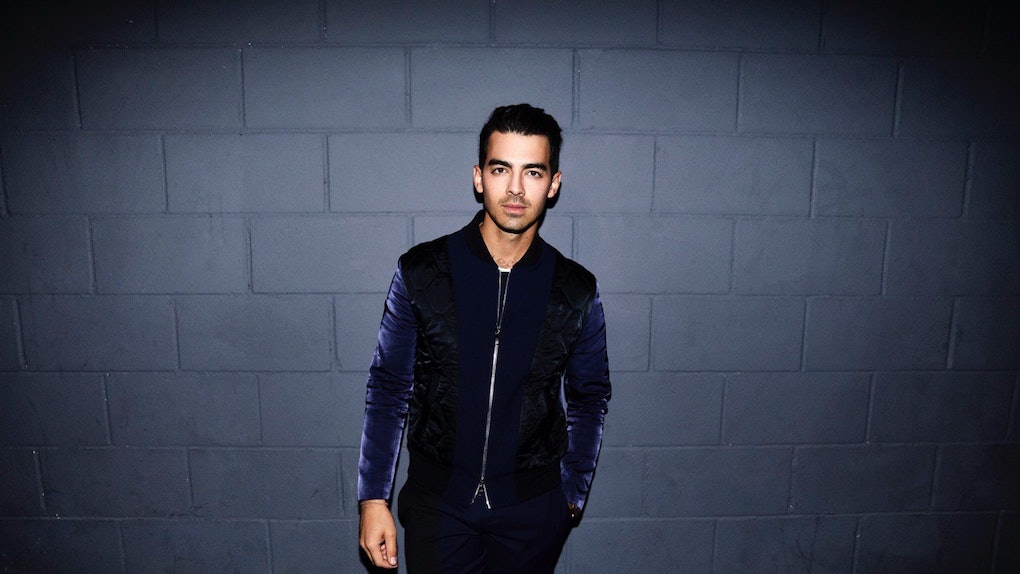 Joe Jonas is on a roll. Not only did he and his brothers recently get nominated for another Grammy Award, but it's also just been announced he's making his way to fans' pocket-sized screens. Joe Jonas has a new Quibi series in the works called Cup of Joe, which he's starring in and producing, and it sounds like the travel show of Jo Bros fans' dreams.

Cup of Joe will be an eight-part travel series that follows the Jonas brother as he travels the world and explores what various international cities have to offer, with the help of local guides to show him the ropes. The new series is based on Jonas' Instagram account of the same name, which he uses to document his travels and show off his photography skills.

"You often think you know about a certain place or a person until you take some time to dig deeper," Jonas said in a press release announcing the show. "I’m fortunate to get to travel around the world through my profession and you often see me on the other side of the lens, but Cup of Joe is giving me the opportunity to dig a little deeper and point the lens at some of the world’s most interesting people… and some more of the weird, fun things I’m into."

Since the yet-to-launch Quibi is short-form mobile video platform, each episode will likely be around 10 minutes long — just enough time to watch Jonas make friends with a local or try a new, exotic food.

There's no word yet on whether the singer's brothers will be making an appearance on Cup of Joe, but hopefully fans will get to see them during Jonas' travels. What is known, though, is that viewers will be able to see fan-favorite J Sister, Sophie Turner, on the upcoming platform, since she is also getting her own Quibi series, a scripted thriller called Survive.

A premiere date has not yet been set for Jonas' new series, but Quibi is set to launch April 6, 2020, so the show may drop sometime around then.

More like this
8 Facts About Lisa Delcampo On 'The Circle,' AKA Lance Bass' Assistant
By Rachel Varina
Peter Weber’s Quote About How ‘Bachelor’ Producers Get Contestants To Kiss Is Wild
By Abby Monteil
Gottmik Has Already Made 'RuPaul’s Drag Race' History, Win Or Lose — EXCLUSIVE
By Jonathan Borge
Stay up to date