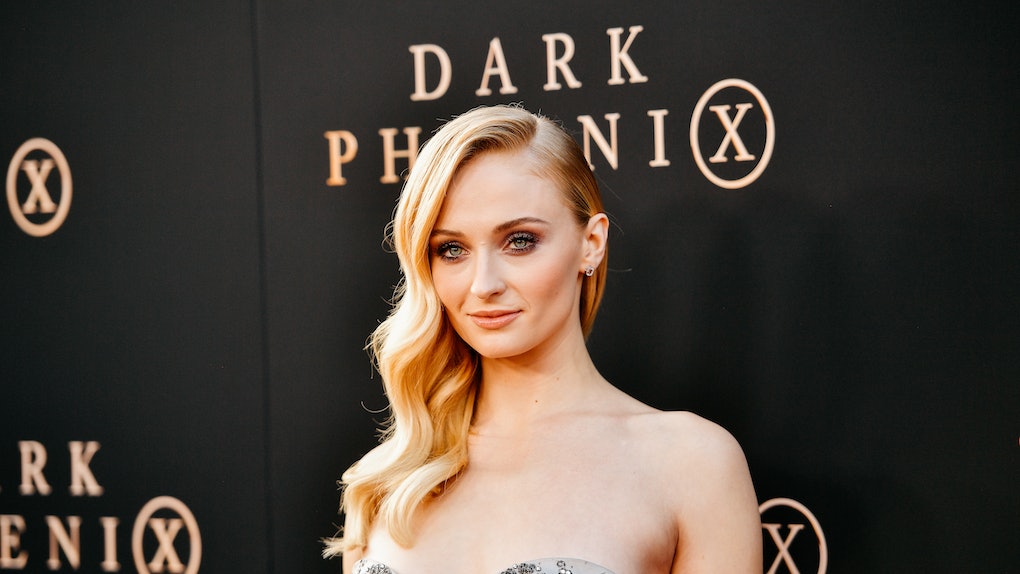 She'll always be the Queen in the North in my heart, but Sophie Turner has figured out her next TV move following the conclusion of Game of Thrones. Don't fret if you felt obligated to end your HBO subscription after the Game of Thrones finale, because you might be buying a new streaming service soon. Sophie Turner's new Quibi series Survive is a tense thriller, so start preparing your emotions now.

Set to launch on April 6, 2020, Quibi is a mobile-based streaming service meant to produce "quick bites" of video. According to the Los Angeles Times, the service will present content in episodic clips lasting up to 10 minutes. Users can watch Quibi shows on a mobile app on their phones and can pay $4.99 a month for viewing with ads and $7.99 a month for content without ads. Quibi has already announced shows starring Chrissy Teigen, Darren Criss, Idris Elba, and more, and now potential customers can count Turner among this talented lineup.

The Emmy-nominated Game of Thrones actor will star in Survive alongside Straight Outta Compton's Corey Hawkins. Based on a novel by Alex Morel, Survive follows Jane (Turner) and Paul (Hawkins) as the sole survivors of a plane crash on a mountain. The pair must work together in order to survive in this new environment, but their personal backgrounds and traumas become obstacles in their quest for survival. As seen in Morel's book of the same name, Jane's struggles include coping with the aftermath of her recent suicide attempts.

Turner, who has openly discussed working on her mental health, said in a statement, "[Jane] is a complex character fighting against the odds to not only save her life, but to also find her own source of strength and courage. I only hope this can impact anyone struggling with self-worth to understand they are braver than they know and to seek the support they need."

It's unclear how many episodes the first season will consist of, but fans can likely assume that catching up with new updates will be a lot quicker than trying to cram in a full season of Game of Thrones. In Westeros, Turner's cunning character Sansa wasn't quite the active soldier her sister Arya became, but it sounds like Turner will face tough natural elements on Survive. Dare I say that trying to survive the wilderness entails even greater stakes than vying for the Iron Throne?

In addition to this joining this new series, Turner is slated to appear in the upcoming project Broken Soldier, in which "a war veteran suffering from PTSD befriends a teenage girl," according to IMDB. Thronies know Turner has a great sense of humor, but based on her latest credits, the actor seems to be sticking to dramatic roles onscreen for now. Fingers crossed that she and the other "J Sisters" provide plenty of laughs during the ongoing Jonas Brothers concert tour to balance out all the on-screen drama.

Quibi has yet to announce a release date for Survive. The Quibi streaming service app launches on Monday, April 6, 2020.