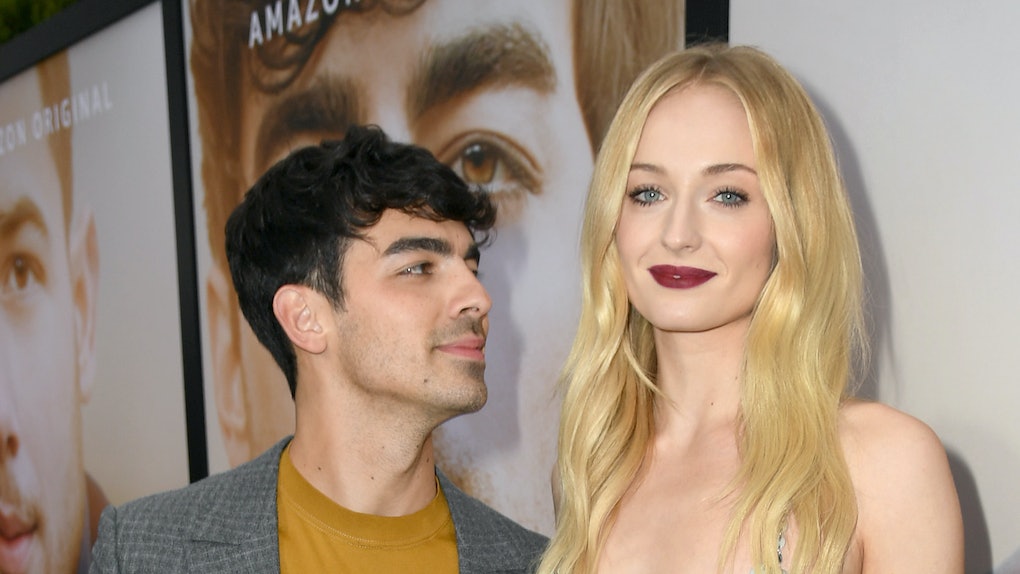 Chasing Happiness is everything I never thought I needed from the Jonas Brothers, six years after their split. The new documentary about the band takes a deep dive into their rise to worldwide fame, their eventual breakup, and how these three talented brothers found their way back to each other after finding love. Now that Joe, Nick, and Kevin Jonas are all married, their fans have grown to love their partners (lovingly calling them the J-Sisters), and with good reason. Joe Jonas' quotes about Sophie Turner in Chasing Happiness are so beautiful, it's basically impossible not to wish them the best.

In the documentary, Kevin brings up the time when, in 2013, Nick and Joe performed all the Jonas Brothers hits without him. At the time, Kevin had already settled down with his wife Danielle, so his priorities had shifted from music to his new family. This makes sense to the brothers now, but at that point in their lives, Nick and Joe couldn't comprehend why music wasn't Kevin's first priority anymore. "It took me time to understand having someone in my life that I'll do f*cking anything to see Sophie for an hour," Joe said. "But it took me a long time to understand that."

Toward the end of the documentary, Joe, Nick, and Kevin also talked about how they needed to grow apart. During their six-year hiatus, they each found themselves and a life outside of the Jonas Brothers, which allowed them to grow back together — not only as a band but as family, too. "In finding myself, I was also able to find a partner," Joe said about Sophie. "The impact of falling in love has made me want to be a better man, a better person, and ultimately, made me a better brother." And yes, 10-year-old me (and 23-year-old me honestly) is bawling right now. Thank you very much, Joe.

While these quotes show how head over heels Joe is for Sophie, he's not the only one seeing hearts. Sophie has talked about Joe on multiple occasions, each of her quotes more beautiful than the last. One of the most emotional things she said about Joe, IMO, was that he helped her cope with her depression. "I'm now with someone that makes me realize, you know, that I do have some redeeming qualities, I suppose," she said during an appearance on Dr. Phil's podcast, Phil in the Blanks, in April 2019. "When someone tells you they love you every day, it makes you realize why that is, and I think it makes you love yourself a bit more." And honestly, if that's not #relationshipgoals, IDK what is.

Joe and Sophie may not publicly talk about their relationship very much, and we know they keep their wedding details on the low low, but if their constant support of each other and their precious posts mean anything, they're beyond in love. And I am absolutely here for it, now and always. Can't wait to see what's in store for these two next!