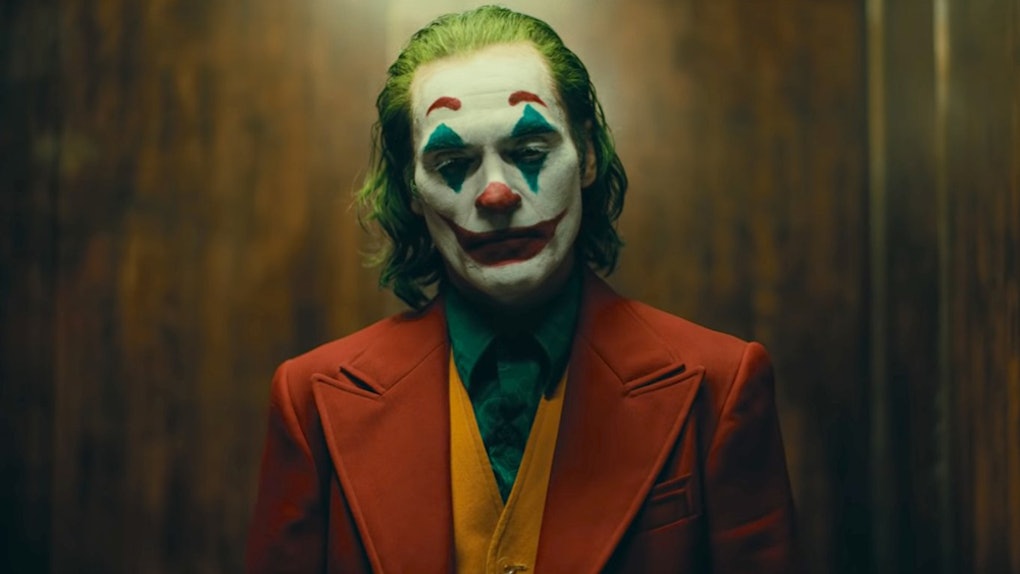 Comic book fan or not, you know there's nothing simple about the DC supervillain known as the Joker. Although, I will tell you quite simply that Joaquin Phoenix's astrology chart is proof he'll be the greatest Joker of all time. This, of course, is an opinion-based prediction, but I'm about to reveal the eerie planetary placements that exist within Joaquin Phoenix's birth chart. Maybe at the end you'll become a believer, too.

However, before we move along and personally dissect the intensely Plutonian actor — as per the cosmos — let's take a closer look at who is considered one of the most infamous criminals within Gotham City. Although the origin of this character — who was introduced in Batman #1 in 1940 — has continuously changed over the past seven or eight decades, most versions are inspired by the 1988 DC comic Batman: The Killing Joke. Written by Alan Moore, it tells the story of a misunderstood comedian who lost his humanity after one bad day.

Despite being completely blown away by the late Heath Ledger's Oscar-winning performance as the Joker in The Dark Knight (2008), I dare to say that Phoenix's portrayal of the cynical supervillain will likely shock viewers even more. I mean, have you seen official Joker trailer yet? It's chilling. And once I officially dissect Joaquin Phoenix's birth chart, you'll be better acquainted with his eerie Scorpionic lure and enigmatic persona.

According to AstroTheme.com, when Joaquin Phoenix was born on Oct. 28, 1974, there was a sun-Mars-Venus conjunction in smoldering Scorpio. The essence of this fixed water sign is intense, mysterious, and incredibly magnetic. Ruled by powerful Pluto — Lord of the Underworld and the planet of death, sex, and transformation — Scorpio is constantly regenerating itself. When it's in its most evolved state, it rises from the ashes like a — wait for it — phoenix. (Seriously, his name couldn't be more perfect.) It's no wonder Joaquin Phoenix is known for portraying the more brooding type of roles where the character becomes utterly consumed by something taboo-like, or is given no choice but to transform amidst an emotionally volatile lifestyle.

It gets better, though. This celestial cluster of Scorpionic goodness — emanating intense mystery and power — was harmoniously aligned with Jupiter in Pisces at his time of birth. Jupiter is the planet of expansion and opportunity; whatever this planet touches immediately becomes bigger. In ethereal Pisces, Jupiter blesses the native — in this case, Joaquin Phoenix — with a deeply compassionate nature and spiritual empathy. Neptune-ruled Pisces is the sign of the arts and film; therefore, those with their Jupiter in Pisces are typically gifted with a colorful imagination and a highly adaptable persona.

Interestingly enough, Phoenix's Jupiter is in his sixth house of day-to-day routine and environment. This is precisely why he spends the majority of his days on set making movies. Although, with the help of that alluring sun-Mars-Venus conjunction in Scorpio — via his second house of money, values, and unique gifts trine Jupiter in Pisces — it's safe to say Phoenix has no trouble putting the deepest parts of his psyche (Scorpio) on display. So much so, his North Node — life mission and soul purpose — is sitting alongside Neptune (art and film) in Sagittarius, which also happens to be Jupiter's sign of rulership. Do you see the cosmic correlation here? Now, after considering the deep psychological trauma that exists within the Joker's character, I sincerely believe there is no better candidate for the part.

Phoenix's sun-Mars-Venus in Scorpio trine Jupiter in Pisces truly speaks for itself. In intoxicating Scorpio, Mars becomes an endless source of power. Aside from its innate ability to dive into the deepest and darkest crevices of the human psyche, it naturally exudes a ravishing intensity that's almost impossible to describe. Granted, this could very well be the cause of toxic behavior and self-destruction, but there's always a silver lining. Meanwhile, Phoenix's Venus in Scorpio can become easily fixated by the object of his desires and when channeled correctly, its trine to Jupiter in Pisces serves as an artistic outlet to express his smoldering passions.

In the end, I believe Joaquin Phoenix has what it takes to give one of the best Joker performances of all time. Joker hits theaters on Oct. 4, so we'll get to test my theory very soon.