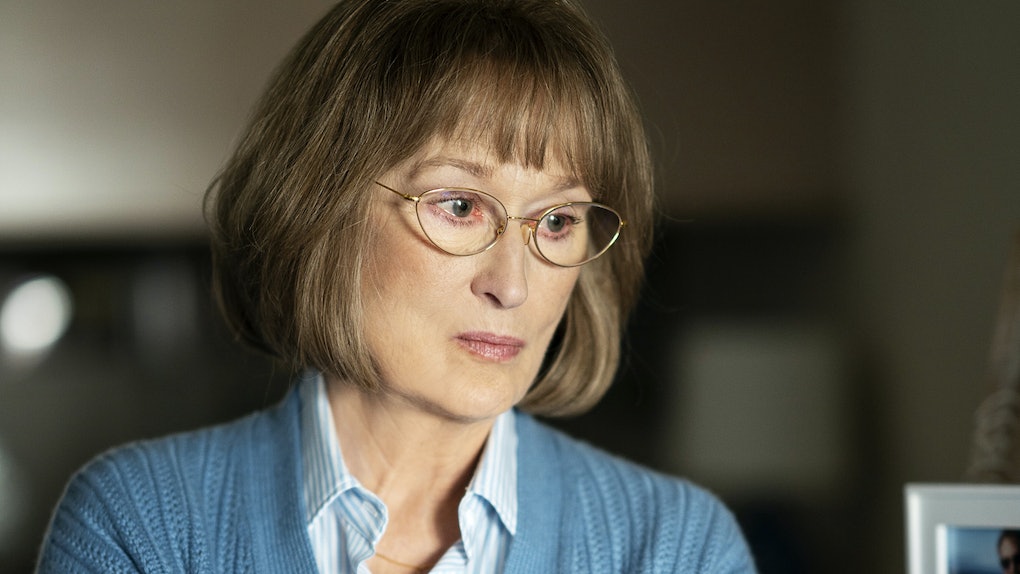 Now that Big Little Lies only has one episode left in its second season, every fan is wondering what big twist the series could be saving for its big finale. One of the theories that has been floating around the fandom recently is that Mary Louise may be secretly behind Celeste's sudden Ambien problem, and the season finale would be the perfect time to make that shocking reveal. So, is Mary Louise drugging Celeste, and what other unexpected twists might the finale throw at us? Let's go over all of the major fan theories heading into the Season 2 finale.

Spoiler alert: This post contains spoilers of Big Little Lies Season 2 through Episode 6, "The Bad Mother." In the season's penultimate episode on Sunday night, Big Little Lies revealed that the whole season had been building up to a trial, as Mary Louise sued her daughter-in-law Celeste for custody of her grandsons Max and Josh. The basis for Mary Louise's case is a string of unsettlingly erratic behavior that Celeste has exhibited since her husband Perry's death, including blacking out on Ambien and hooking up with a bunch of random guys. But what if Mary Louise was secretly the one to cause all of this chaos?

That is one of the predominant fan theories heading into the series finale, as viewers have speculated that Mary Louise may be covertly drugging Celeste in order to help her case. After all, Celeste never seemed to have a pill problem during Season 1 — it only started when Mary Louise arrived in Monterey. Plus, Mary Louise is the only person to benefit from Celeste's newly erratic behavior, since it gives her so much leverage in the custody case. Some fans even went so far as to surmise that Mary Louise does not even care about getting custody of Max and Josh — she is just using the custody case as a means to get Celeste in court to grill her about Perry's death.

If this theory holds true, then it will definitely be revealed at a climactic moment in the upcoming Season 2 finale. There is even a moment in the teaser trailer where Celeste has a shocked reaction to something on her tablet, which could possibly be security footage showing Mary Louise switching out Celeste's Ambien for a more dangerous drug.

This is not the only shocking fan theory that Big Little Lies fans are mulling over while waiting for this week's big finale. Another big mystery is the new character of Corey, who began dating Jane in Season 2 but was recently spotted at the police station talking about Perry's death. A twisty fan theory claims that Corey may actually be Perry's brother, and he is only getting close to Jane to try to learn the truth about his brother's death.

And the finale should also provide a resolution to Bonnie's complex storyline with her parents. In the original book, Bonnie's father abused her, which played a part in her killing Perry, but the show flipped the script so that Bonnie's mother was actually her abuser. The penultimate episode showed Bonnie finally confronting her comatose mother about the abuse, but we should expect something even bigger in the finale... possibly even a confession about killing Perry.

The season finale of Big Little Lies Season 2 will air on HBO on Sunday, July 21.