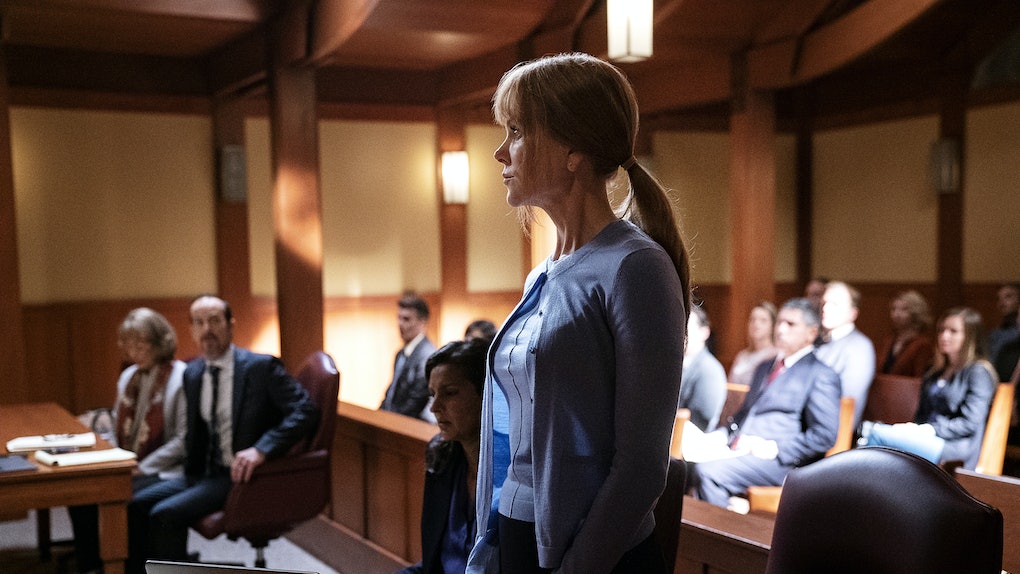 Big Little Lies kept the heart of the season under wraps for nearly the show's entire run, but when the penultimate episode found Celeste (Nicole Kidman) in the courtroom fighting for custody of her children, suddenly it all became clear. Big Little Lies focuses on how the sins of the parents pass down to the children. Now it's about who will pass those sins on to Max and Josh: their mother Celeste, or their grandmother, Mary Louise. However, the Big Little Lies Season 2 finale promo throws in a twist to the proceedings: How does Perry's death come into play?

One of the strangest things about the Monterey 5 is the fact they are friends at all. Perhaps Madeline and Celeste make a curious sort of sense as two rich women with frustrated ambitions. Bonnie and Jane might find solace in each other as two outcasts in a wealthy white society. But the reality is, there's only one reason these women are friends. Their lie is their friendship, and their friendship is their lie.

Their unlikely friendship is the evidence they are hiding something amongst themselves. As fans on Twitter have observed, considering the facts at hand, Perry was attacking Celeste, the others were trying to pull him off, Bonnie flew in, he went down the stairs — the chances of any of them going down for Perry's death is minimal. (In the books, Bonnie gets some community service, and that's it.)

But it's not the crime that will take them down, but the lie that followed – the biggest casualty might be their friendship.

The finale's synopsis suggests the friendship might fall apart anyway:

From the looks of things, the finale will be a two-pronged affair. On the one hand, fans will get to see Mary Louise's comeuppance. As some observed after the penultimate episode, Celeste must feel confident that she has some real dirt of Perry's mother, considering how strongly she stood her ground not only that Mary Louise take the stand, but that she do the cross-examination herself.

On the other, there's the lie about Perry coming apart.

There's a saying in politics that has become something of a cliche: It's never the crime, it's the cover-up. That was the truth behind Nixon's impeachment, not that his people hired people who broke into the DNC, but that everyone lied about it. That was true with Clinton and Lewinsky. And if anything brings down Trump, it probably won't be the collusion with Russia, it will be that everyone lied about it.

In a just world, Perry's death would not fall back on Celeste or hurt her court case. After all, she didn't kill Perry, she was being attacked. But it's not the crime, it's the cover-up.

It's been months and months and lies upon lies. The biggest little lie of all is the one that keeps growing even as it grows farther away in the rearview mirror every day.